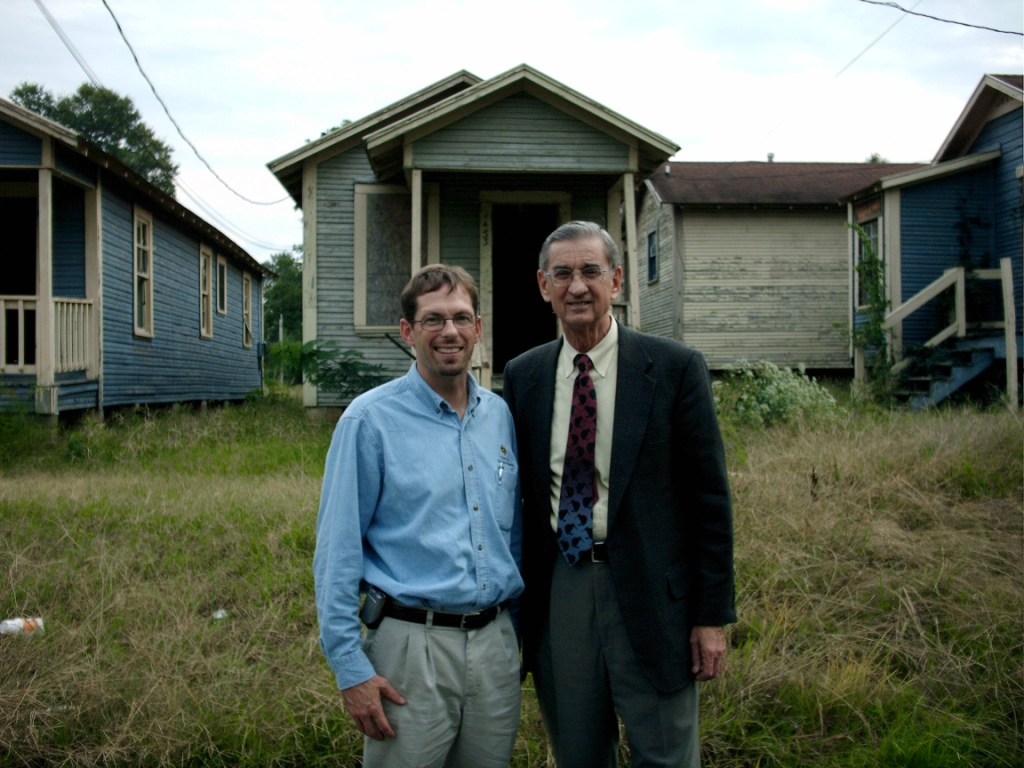 I had an incredible day with our friends from Community Renewal International and The Fuller Center for Northwest Louisiana!

This was fifth visit to Shreveport.  The first one occurred in October 19, 2005, when David Snell and I joined Millard and a few friends at the invitation of Community Renewal founder Mac McCarter to study a response to the 10,000 relocated people from the Gulf and the needs of a terribly dangerous and depressed neighborhood of Allentown. 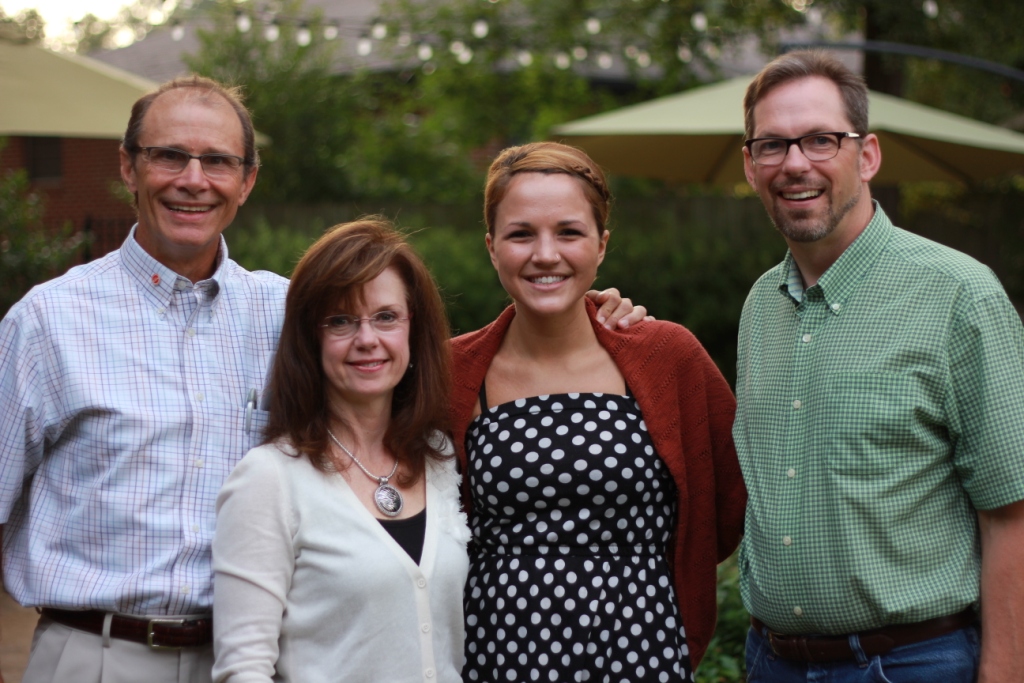 The community members of The Yellow House were inspired by our Clarence Jordan Symposium presenters Shane Claiborne and Jonathan Wilson-Hartgrove’s projects.  It was wonderful to learn about the effort to attract young adults into the effort.

My next stop was at the new FCH of Northwest Louisiana’s offices and Surplus Store where I met up with Executive Director Lee Jeter, Renee Hooks and two new staff members: Joseph Moncrief, who serves as Construction Supervisor, and Rodney Longstratt, who serves as the Surplus Store Manager.  Lee explained they selected the name “Surplus Store” to communicate to the public that they will offer both used and donated new items in the thrift shop which will raise money to support their local Fuller Center efforts.  The building is a fantastic space with room for offices, a large conference/training room and the store.

I eyed a ham radio on a shelf in the sorting room and Lee immediately gave it to me.  You may wonder why I would be interested in such an old communication device in this modern day of smart phones, internet and Twitter.  A year ago, Craig Martindale, David, Ryan and I visited the Congo and we learned of the possibility of communicating with our Fuller Center projects in Mbandaka, the original site Millard and Linda Fuller launched over three decades ago, and in the rainforest jungle community of Bolomba on the Equator region.  We learned firsthand how important the ham radio communications are in regions where there are no cell phones or electricity.  Craig has been studying ways to transport a ham signal through internet so we can have regular communications in the Congo.  This ham radio is quite a gift. 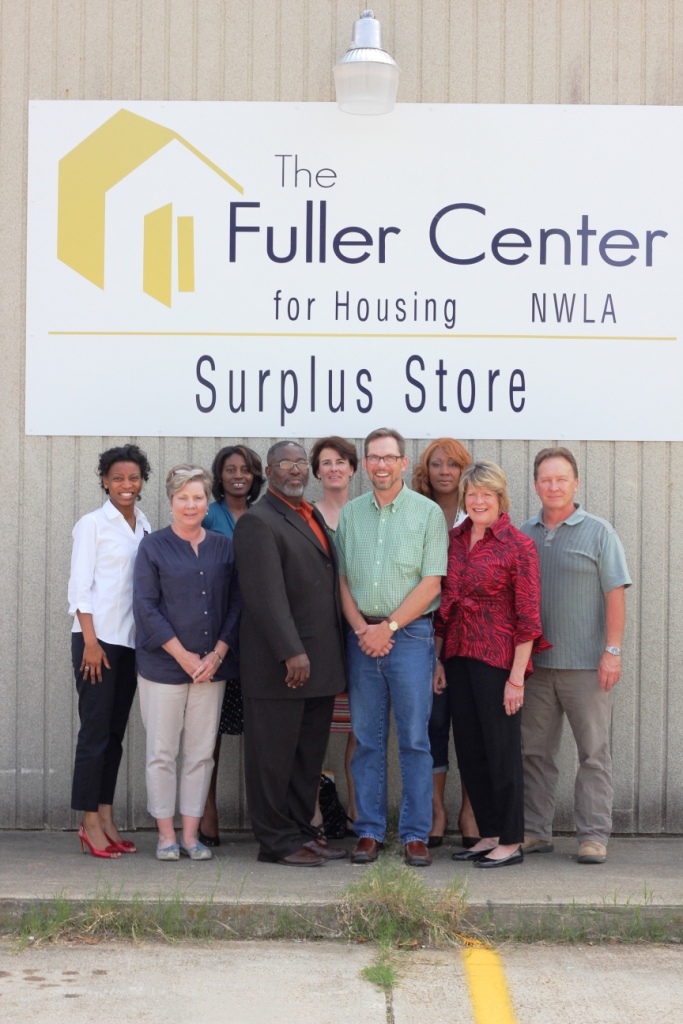 I then was treated to a gumbo lunch with the board of directors.  We had a long and detailed discussion about their success and challenges and discussed ways our home office could be more supportive of this incredible operation.

Then Lee toured me around their work in Allendale, I saw the beautiful “Katy’s House” in Bossier City and the sites of the locations of the next veterans houses they will be building which are located near a Veterans Hospital.  Unlike so many of the Veterans programs I have seen, Lee was able to insist on 0% mortgages instead of handouts for the recipients.  This was music to my ears as we strive to stick to our “hand up not a handout” philosophy.  I asked Lee how he came up with the vision of building homes for veterans in this strategic neighborhood and he responded, “As a veteran myself and as a lifelong resident, I work hard to keep up on how veterans are being supported and this was an obvious and necessary location to shift some of our focus.”  He then toured me around the blighted neighborhood and pointed out in the middle of a sea of dilapidated houses a charter school that was ranked best in the entire state of Louisiana.  For Lee Jeter, this represented a perfect three-legged stool: need, opportunity and resources.

Although I’ve long been a fan of Lee Jeter, it is always good to see how others respond to his leadership.  His board members told me he is the hardest working individual they know.  They actually worry about his long hours.  Driving around with him, I saw what they were so proud about.  In between detailed and passionate explanations of their many great accomplishments and their vision for future housing and neighborhood development, Lee was directing the grand opening of their 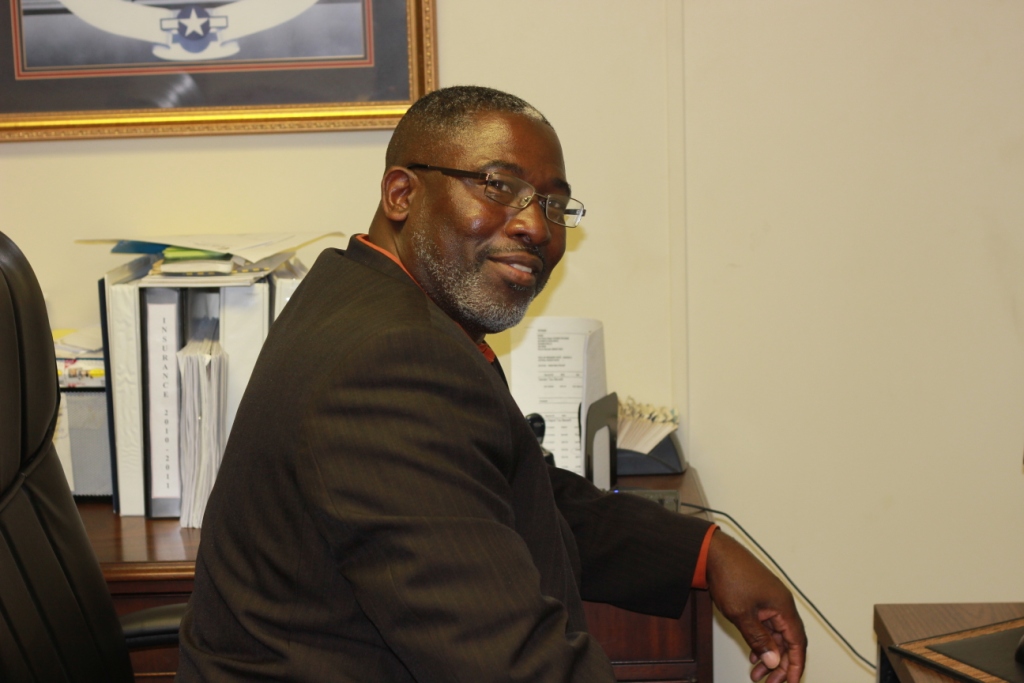 Surplus Store, coordinating the final touches on a grant that two board members and Renee were working on and inspecting the new concrete sidewalks and parking areas around their “Fuller Store” which will be a grocery store in the Allendale neighborhood.  The store is a response to a common urban phenomenon in areas of low income housing and high crime.  Grocery stores leave these areas leaving behind a “food desert.”  The nearest grocery store to our revitalized Allendale neighborhood is 8 miles or a $30 roundtrip cab fare.  We brought crime down 70% in the neighborhood and yet the Fuller Center and Community Renewal team are committed to the long-term support of the neighborhood and its residents.

Since 1988, my new hometown of Americus and Sumter County were always the place to study for those of us in the Habitat ministry.  It was the model we looked to with the Sumter County Initiative effort to completely eliminate poverty housing that resulted in 500 new homes in the area and it had the special opportunity of visiting Millard when he was in town and Koinonia Farm.  I still love Americus, and we are doing amazing things with the local government and our other housing partners for the area through the Georgia Initiative for Community Housing. And each and every one of our covenant partners has a unique and compelling and inspiring stories.  But I have to say, if our readers really want to experience what is possible and what is the future of the affordable housing movement, they have to come to Shreveport to meet Lee and his team and the folks at Community Renewal.  I guarantee you will come away inspired and filled with ideas of your own about how to improve your own communities.  Shreveport is an amazing success story in American history and we all need to learn from it and share this neighborhood revitalization vision.

My next report will be from Minden, Louisiana, home of the 2011 Millard Fuller Legacy Build.  Until then, if you see my wife, wish her a "happy anniversary."  I’m having a blast, but I do wish I was with my beautiful bride of 21 years.

Blessings and have a great weekend! 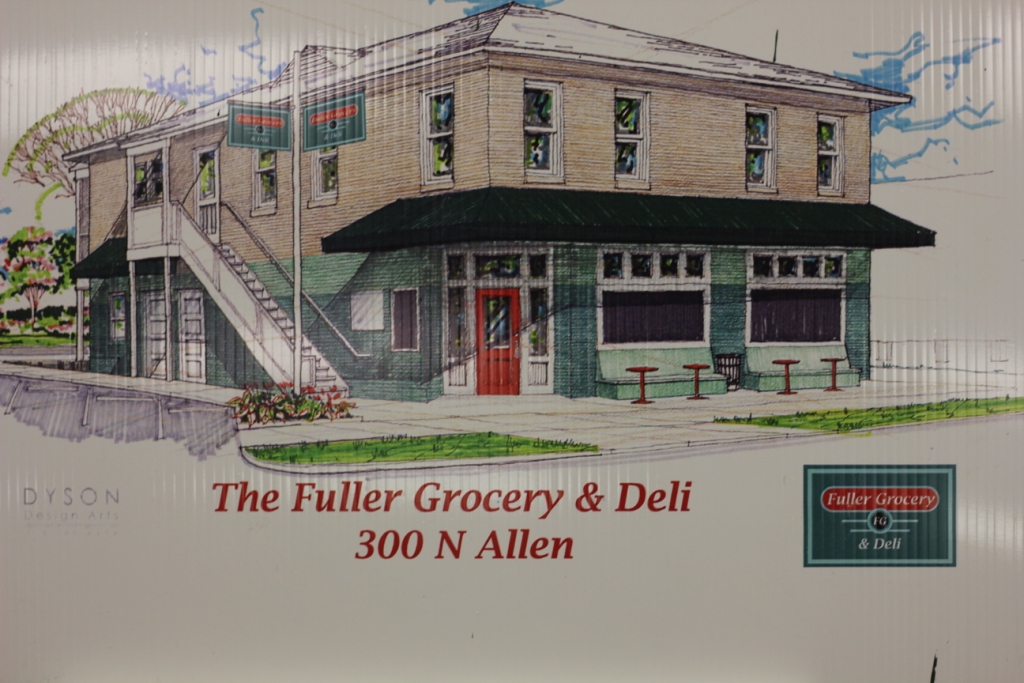 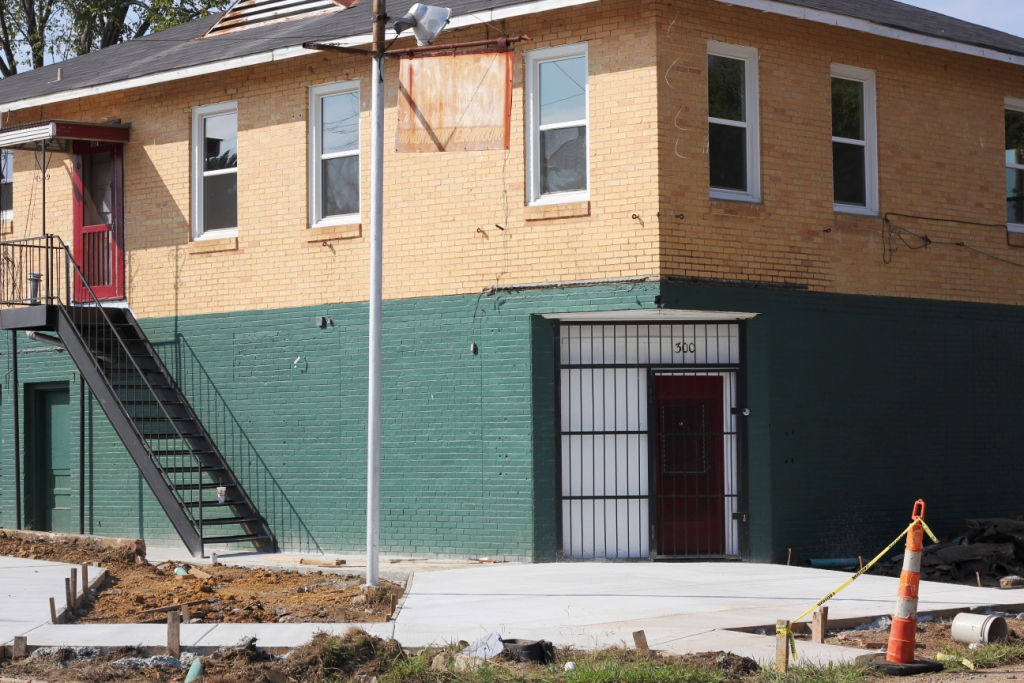 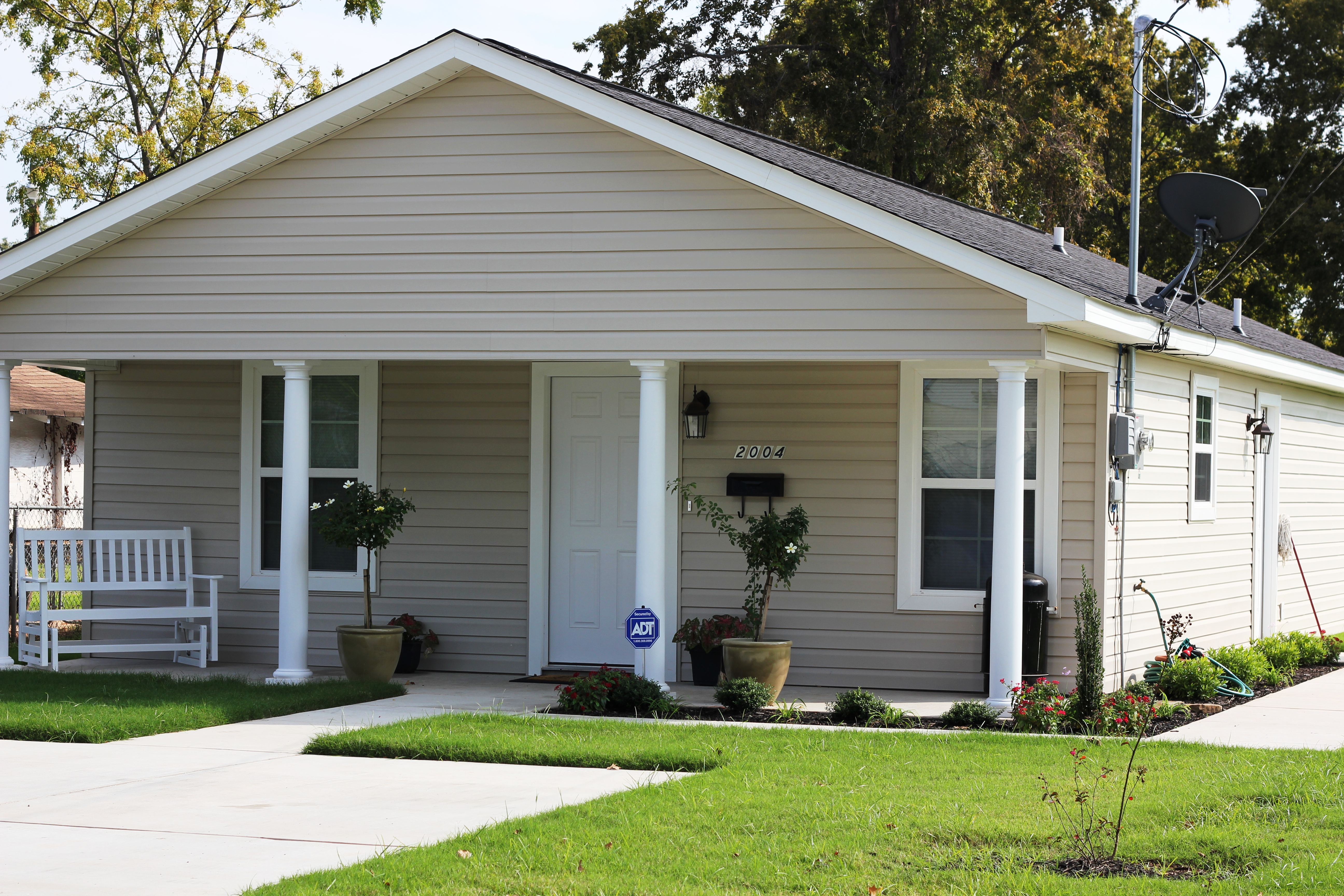 You can see more photos from my journey here.