We are now resting in our new church home after accomplishing what was arguably the hardest three-day stretch of this trip so far.  This morning we awoke expecting an easy day considering what the past two days had looked like and boy were we in for a surprise!

We awoke this morning in Pacific Standard Time, which meant an extra hour of sleep!  We got rolling on our 77.1-mile journey at about 7:30am.  I was feeling very fatigued this morning and judging by the moans and groans coming from the riders around me I would say that they felt similar.  It always takes those first twenty miles to get warmed up.  Dottie, our new rider bought us subway sandwiches yesterday, which made for a great breakfast part II at the first rest stop.  Everything moved smoothly as we past through beautiful farm country through out the morning.  Things got a little spicy around mile forty-two. 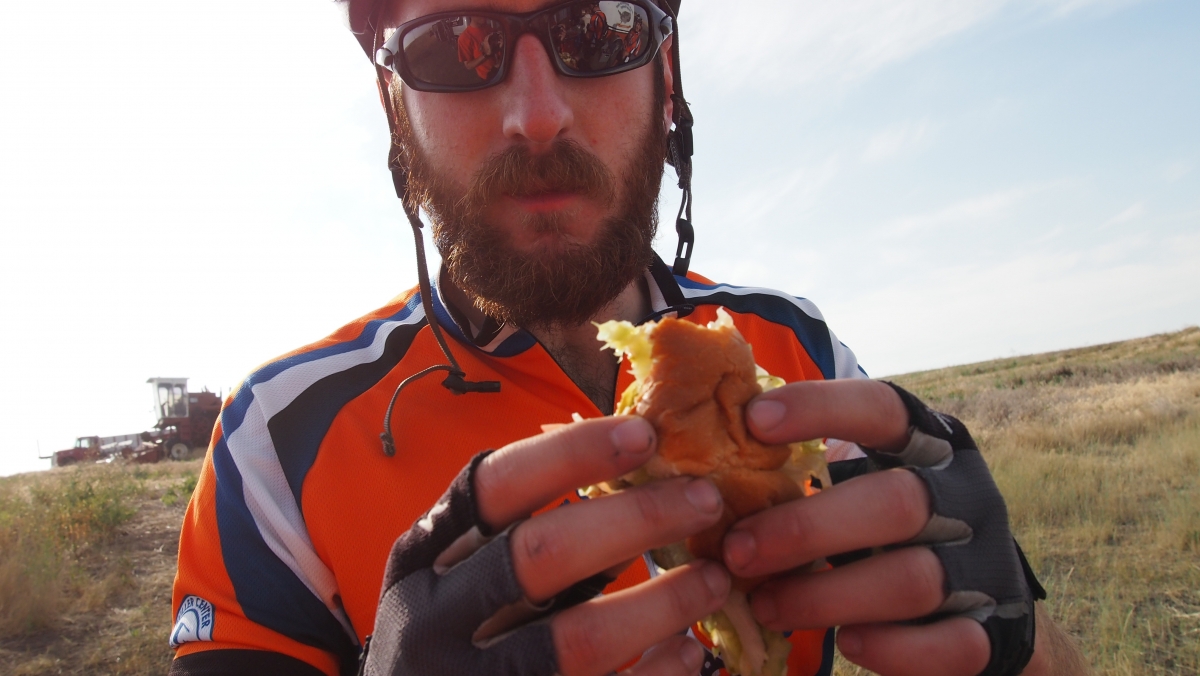 We began a beautiful descent that lasted about ten miles in all.  We weaved around hairpin turns and flew down the straight always.  Steve was riding ahead of me.  He was so excited about the beautiful views that he started screaming and doing a little dance.  I then realized that the shouts of joy were actually shouts of a bee that had flown into his jersey and stung him at least three times.  When he finally concluded with his dancing we continued on our way.

After our last rest stop the honeymoon was over.  We were once again greeted with a nice afternoon climb.  We pushed our way up testing our leg strength and our mental endurance.  We made it over the first hill and on the way down the short descent we could see the next climb off in the distance.  This one was a monster!  It looked like one of the steepest yet and we were not looking forward to it.  When we arrived at the base of the hill the road veered off to the left avoiding the climb.  Oh happy day!  Ten miles later we arrived to what would become our place of residence for the next two days.  We unloaded the trailer napped and headed to Lewis and Clark State College for showers.  The church now smells like delicious lasagne.

It sounds like there is quite the to-do list for us here in Lewiston for our workday tomorrow.  We work best with lofty goals.  It is hard to believe that this lofty goal of a bike trip is soon to be accomplished.  We shall enjoy every minute of the next week and a half.  As for now I think I will enjoy it by taking a nap until dinner!
Thanks for reading!