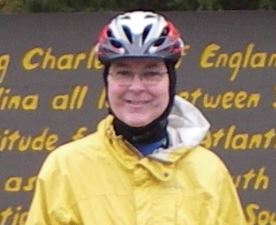 We were all excited about the chance to sleep in after our 100 mile ride yesterday, so we very much enjoyed the comfortable quarters in the activity center at the Tupelo First United Methodist Church.

Our work teams sprang into action—the breakfast team prepared a good meal, the trailer loading team did their thing, and the church cleaning team tidied up, following our motto of “Always leave the church at least as clean as you found it”.

We gathered outside, where Melissa gave us some last minute instructions, and then Ryan shared the beautiful poem “Ragman” by Walter Wangerin, Jr.  To help us continue to take inspiration from this beautiful story, Ryan had us each tear off a strip from a beautiful cloth that he had purchased in Ghana and tie it around another person’s ankle or wrist. 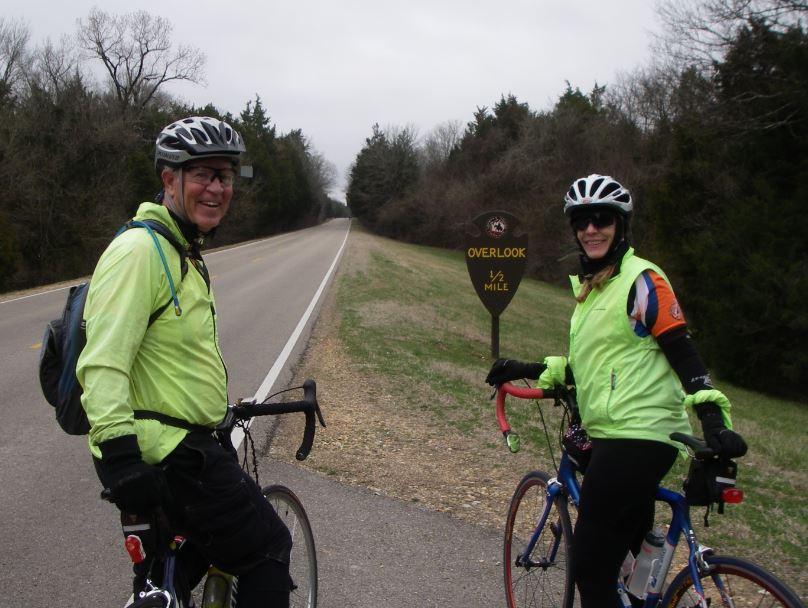 Tony Campbell joined us for today’s ride. Tony and his wife Mary are from the Detroit area, but now are “fulltimers”, living in a motor home and travelling around the country. They’ve been helping with housing service projects in Mississippi for several weeks, and decided to join us for today’s ride and for tomorrow’s service project. Tony has been on many past Fuller Center rides and projects, and was thrilled to join us today. “I really enjoyed getting back on my bike and getting back together with the Fuller Center group”, said Tony. “I just lost my “Rag Man rag” last week, so it was perfect timing to get another one today.”

We split into two groups….10 cyclists riding a few extra miles to the Elvis Presley Birthplace and Museum, while the rest of us began our 40 mile journey into the wind. As we cycled two abreast in the right lane of Tupelo’s Main Street heading back to the Natchez Trace, two Tupelo police cruisers pulled alongside us and one used his loudspeaker to tell us “Move to the right!”

We cycled 20 miles before pausing for our single snack stop of the day, and then continued into Houston. I very much enjoyed chatting for the last 30 miles with our ride leader, Melissa Merrill, who has volunteered two years of her life to leading this adventure in order to give people a hand with safe affordable housing. 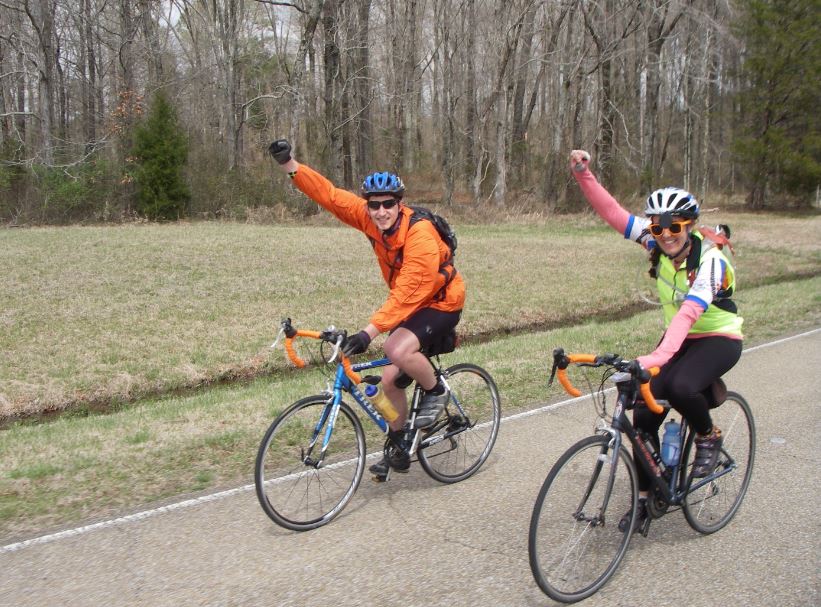 Ryan and Mellissa inspire me with their dedication to use their time and talents to make the world a better place. I’m proud to know them.

As we rode into our destination of Houston, we enjoyed the sights of spring. Bartlett Pear trees were covered with white flowers, and daffodils bloomed along the road.

As we arrived at the church, we were greeted with a table full of snacks provided by our hosts at Parkway Baptist Church. Later, the retired ladies of the church provided an immense and delicious potluck dinner for us, and the pastor invited us to come to their Wednesday night service and share our stories with them.  “I was so impressed with the ladies of the church,” said Cindy Hepp. “They treated us like family, and I especially enjoyed the inspiring speech that a young lady of the church made.”

Floyd Ingram, editor of the Chickasaw Journal, interviewed several of us and took a group picture.

Melissa, Ryan, Patrick Roberts, Mike Oliphant, and Matt Rivers all talked to the congregation and described the work of the Fuller Center and their own personal experiences and reasons for the trip.

I asked some of the riders for their favorite memories of today’s ride:

Ben Rivers enjoyed showing Elvis’s birthplace to his brother Matt and the others. He also had the “pleasure” of smelling and then seeing a dead skunk, and heard a hawk’s cry several times. Ben also commented that the hills had grown larger since last year.

Dieu Merci Nsangwa enjoyed the day because the ride was short and the weather was warm.

Joe Ergle enjoyed the chance to sleep in and get a late start after the long ride the day before, and also enjoyed the warm weather.

According to Kurt Schneider, his group of 6 cyclists stopped at a local pharmacy with an old soda fountain. They arrived 15 minutes after the soda fountain closed for the day, but an employee came out from behind the pharmacy counter and prepared delicious milk shakes for them. Kurt’s was “Chocolate, of course!”

Kathryn Grossnickle’s most vivid memory was of a flagman waving us through a long construction zone, as she tried not to inhale the dust generated by the construction work. She added “I was so happy to see the sun come out!”

Tim Shally, who is server as our go-to guy for bike repairs, commented that he was impressed that none of the cyclists had flat tires while travelling through the loose pebbles in the construction zones. According to Tim, that’s a sign that the cyclists are keeping their tires properly inflated. Tim is pleased to see that everyone arrived with bikes that were in good repair. 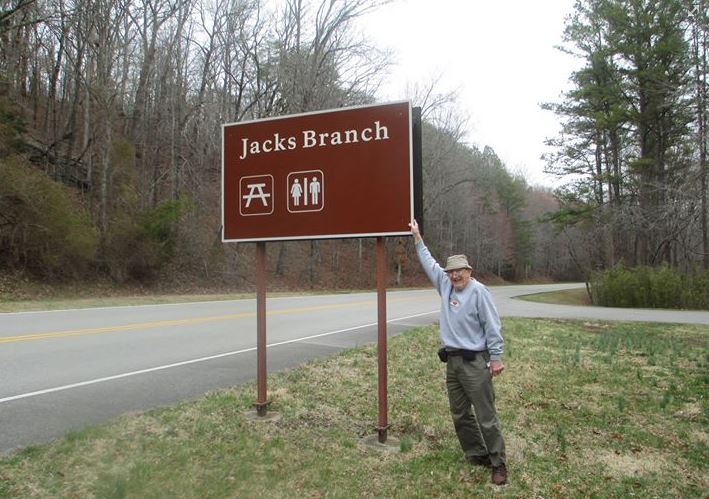 Ky Griffin would have liked the winds to be at our back, but was delighted with the incredibly good chocolate cobbler served at the church potluck.

As Tom Weber started up a hill with his son Matthew and his 15 year old granddaughter Harper, he told them “My brain is telling me to attack this hill, but my legs are saying Ha Ha Ha.” Harper replied “Maybe you should negotiate!”

Mike Oliphant summed up the day: “We had our first real sunshine today. It was a short ride, and our church hosts provided a comfortable space, snacks to welcome us, dinner tonight, and breakfast tomorrow.”

86 year old Jack Hughes shared what this adventure means to him: “The people on this ride feel like a family. The camaraderie helps my soul.”