Today the group bicycled from Heber City to Salt Lake City.  We began the morning with a delicious breakfast at Kneaders (similar to a Panera for everyone in the Midwest).  I would like to extend a special thanks to Gerry, AnyTime Fitness, and everyone involved in providing a great stay in Heber City. While today’s ride was relatively short at 48 miles, we endured quite a bit of rigorous climbing.  However, with steep inclines usually comes steep declines.  Many of the riders reached new personal bests in top speeds including myself at over 50 miles per hour.  The experience of travelling that fast on a bicycle is both exhilarating and completely petrifying at the same time.  All you can do is hold on and keep your eyes up the road for any debris.  While we were going at more reasonable speeds, we enjoyed some breathtaking scenery in Utah today.  The other fun aspect of the ride was that for the first time we were not the minority on the road.  During the second half of today’s ride, we saw numerous cyclists aside from us taking over the road.  The added bicycle lanes in Salt Lake City were also a nice change from the narrow shoulders and rumble strips.  Once we arrived at our destination at First Presbyterian Church, I had learned that fellow riders Nate and Kert crashed right near the church and that Nate was forced to go to the hospital to fix his dislocated finger.  We were lucky that there was no serious damage done and that the accident occurred close to the church. All appear to be in good spirits. 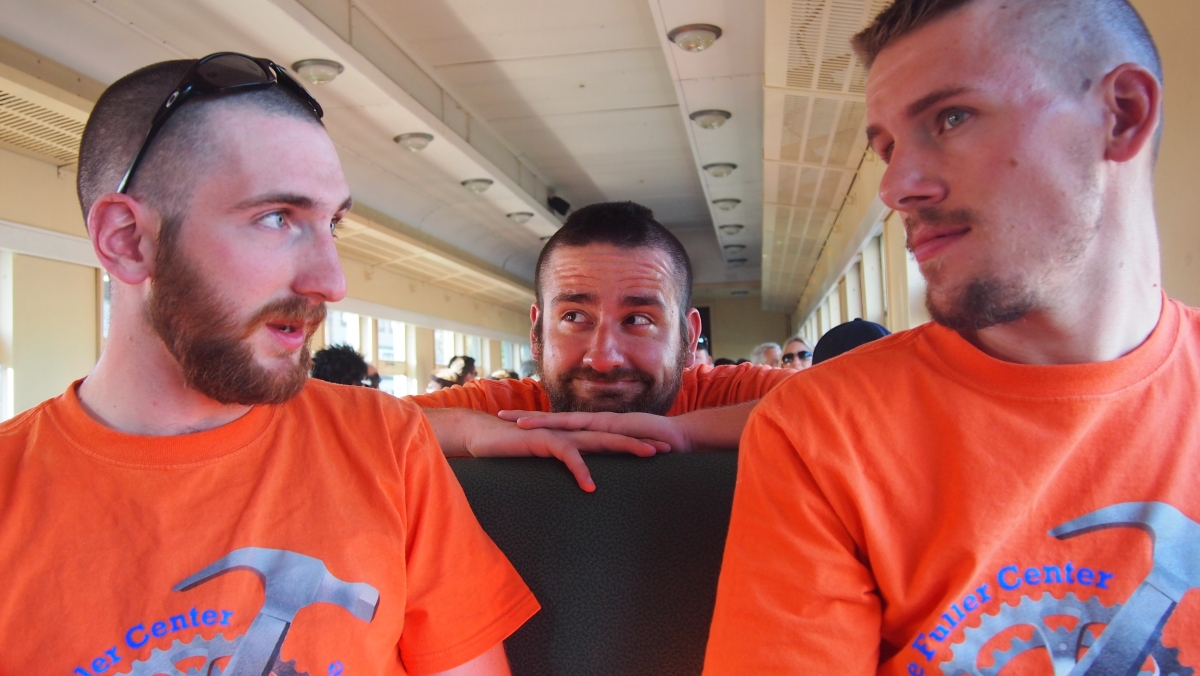 The remaining day we spent scattered throughout the city.  A small group of us decided to treat ourselves to burgers and shakes at Johnny Rockets in town.  Today we also celebrated Doug’s last night with the group.  He will be returning home tomorrow after riding with us since Shreveport.  We will miss having him for the home stretch of the trip.  It has been incredible how fast this journey has been taking place.  While it feels as if Savannah took place years ago, it is hard to believe the group only has three weeks left.  Please continue to keep us in your prayers for a safe rest of the trip.