We left Fairplay this morning rather late, 7 am.  When did 7 am become late I have no idea?  I want to note that I hate pants.  I am on a pants boycott, but today we were headed over Hoosier Pass.  The elevation was around 11534 ft.  We needed warmer clothes in the pass and then on the downhill due to being sweaty and then the steep incline increasing speed.  So today for the first time I brought out my heavier jacket and my winter pants, did I mention I hate pants?

As we left I worried about the climb, we had to climb over 1000 ft in less than 4 miles.  I ride this ridiculously heavy bike that is not only heavy but quite slow, well at least I want to blame the bike for being slow.  I left with the first group, hoping to keep up for a bit, but as usual not keeping up at all.  As I progressed up the trail to the pass there was a rollover vehicle to the right of the path, the police had just arrived.  I heard that the sweeps and some of the other riders who left after me had to go up onto the road around the tow truck for this.  I just had to go around the police officers.

The climb was incredible.  It was very hard, and after not finishing yesterday, I really wanted to complete the climb today.  I eventually got passed by the other riders behind me, but they stopped just as much as I did.  It is really unsettling to ride up a steep hill with traffic and not much of a shoulder.  Drinking water becomes a stop to avoid swerving into traffic.  It also allows you to get a grip mentally on the challenge.  As we got closer to the summit I saw signs and chalk pointing up.  It really helps to see things like that when mentally you are beaten down.  The air gets thinner as you go up in elevation and breathing becomes more challenging. 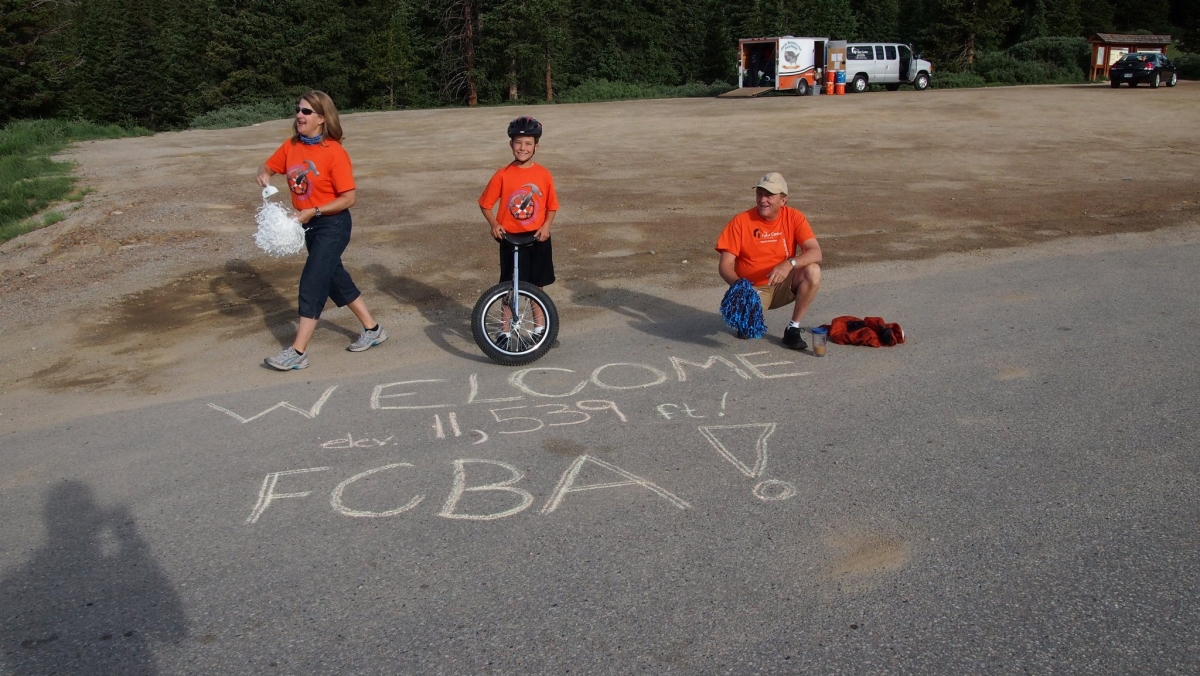 The president of Fuller Center, David Snell and his family were at the Crest to encourage us and root us on.  As I topped that mountain I heard cow bells, cheering and felt this overwhelming emotion.  Immediately went to the sign where a group had already formed posing for pictures.   I pushed my bike up on that sign and stood for many pictures before deciding I needed to eat and get some water. 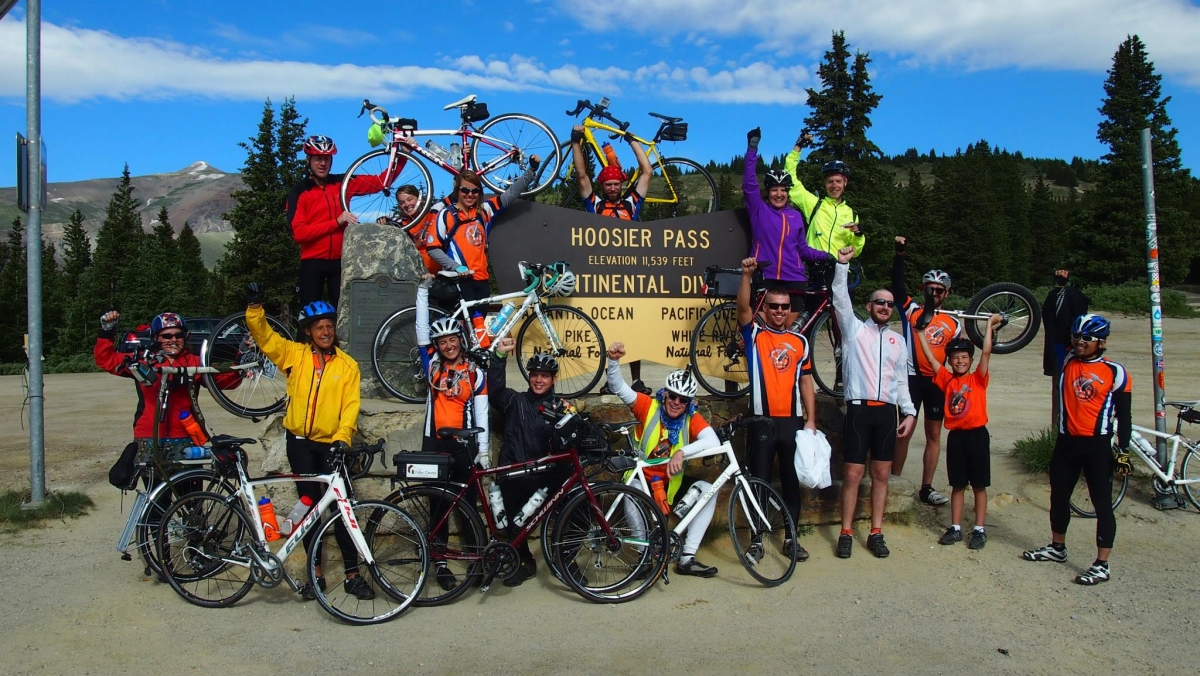 As I was walking over to the trailer I was overwhelmed with emotion and lost it.  I could not stop crying and I actually hugged people voluntarily.  The big joke on this trip is to sandwich me into a group hug, which I hate.  I do not like being hugged unless I am intimate with people.  I have always been this way.  I cried on several people and still really have no idea why, but apparently I needed it.  As we left the summit, there was a plan.  Ten miles down the road in Breckenridge we all met for donuts at Daylite Donuts.  Kurt is on a mission to have donuts in every town across the country.  I swear he has a hollow leg, maybe two.

The downhill was incredible.  It was all hairpin turns with 25 mph posted, I bet most of us broke that rule, or at the very least went that fast easily.  It was the greatest ride of my life.  Seriously after a month and a half of mostly climbing to finally get to descend was fantastic.  If this was where the ride ended, it would have been worth it.

After donuts we headed on towards Kremmling.   We went across this most spectacular dam on our way.  The route was so smooth and so perfect.  Surrounded by water and mountains, it was very serene.  Today was by far the greatest ride of this trip thus far.  Everyone made it, no man left behind!  I got so focused on the white line that the hills and climbing were completely out of my mind.  The last 35 miles were on a road with no real shoulder, a sharp edge with gravel and only two lanes of traffic.  Staying focused was required, and it helped push me along to the end.  We ended up at Gore Range Baptist Church, where the Snell family provided us with dinner.  Lasagna and salad with garlic bread a perfect end to a perfect riding day.