Mortgage; it is not a word that gives you a good feeling.  Just take the word apart, ‘mort’ as in mortuary, means death, and ‘gage’ as in engage, is a serious commitment.  Putting those two root words together give you Mortgage, to engage in a loan until death, and when people didn’t live as long as we do now that is exactly what it was.  If you are going to purchase a decent home, odds are that you’ll need to take on the burden of a mortgage to afford it.

In the fall of 2012, I got the chance to take a retreat to Koinonia Farm, the birthplace of the Fuller Center for Housing and learn about the roots and the hearts of the people who began The Fuller Center.  The concept that this organization is founded on is partnership housing.  Millard Fuller, Clarence Jordan, and the Koinonia Farm community studied Christian theology and found counter cultural ways to enact that theology in the way they lived and served.  At the root of partnership housing is a concept straight form the Bible, that the poor should not be charged interest, for that is how the rich keep those who struggle to make a living,poor.

“If you lend money to any of my people with you who is poor, you shall not be like a moneylender to him, and you shall not exact interest from him.”  Exodus 22:25. 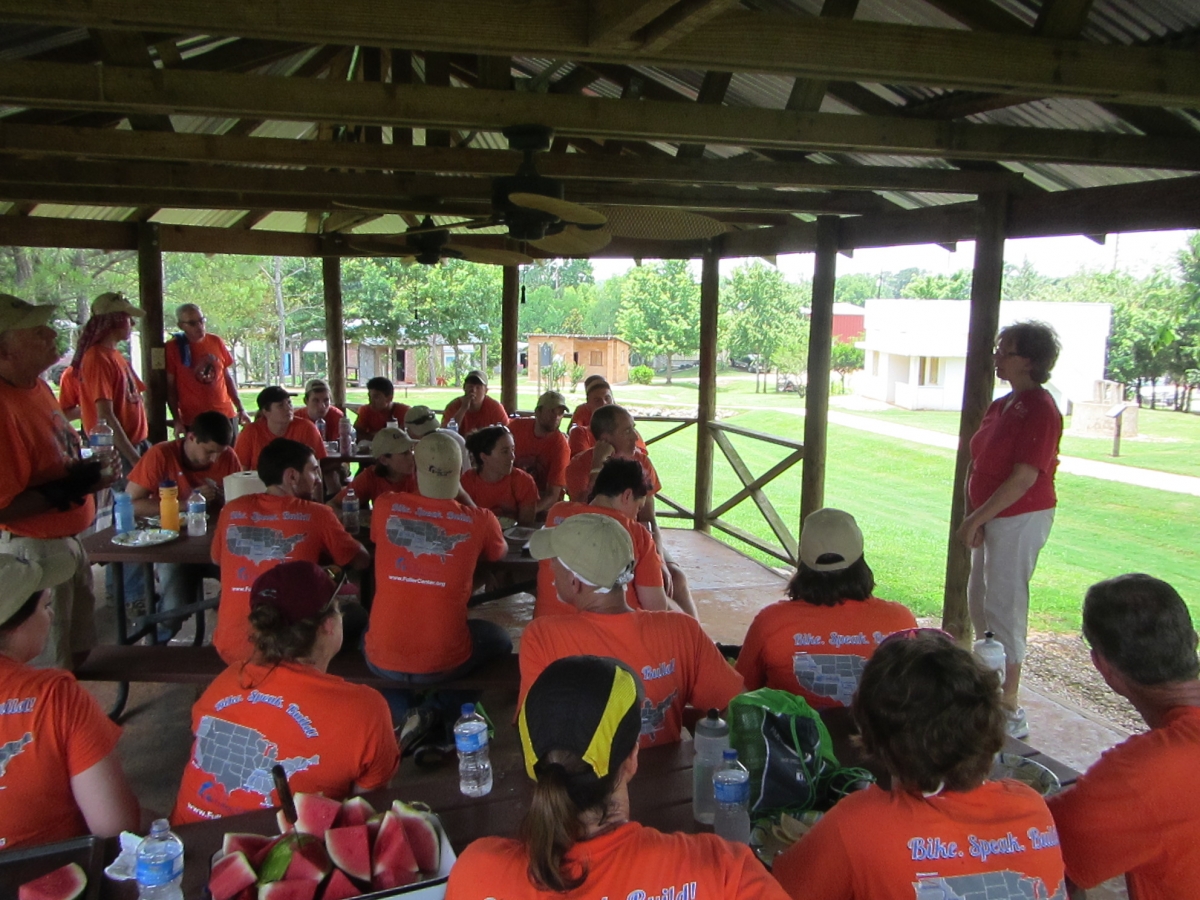 When the Fuller Center for Housing builds a home, the owner that moves in still has a mortgage, but they are not charged interest.  The homeowner helps build their own home along with volunteers, so materials become the only expense.  The combination of free labor and zero interest allow mortgages to shrink to fraction of the burden that it otherwise would have been, allowing the poor to afford a decent home.

By giving to the Fuller Center for Housing you’re providing the poor with capital.  As homes are built and moved into, families that couldn’t afford a home through our capitalistic system suddenly can.  This allows less well off familiesa decent place to live without stretching beyond their means.  The people who move into a Fuller Center partnership home are not just receiving a handout either.  The new homeowner’s monthly payments go back into the pool of capital so that it can be used to help the next family in need.

To you, a zero interest mortgage may sound just as unbelievable as trying to travel across the country on a bicycle.  Though uncommon, both are being done, one mile, or home, at a time; and both require a mindset that is not necessarily in line with the rest of societies.  The Fuller Center is blessing families and lightening burdens through partnership housing projects.  If you were less fortunate, would you not want to be granted that same mercy?