Today was our second day in Shreveport, including yesterday’s day off. The weather was a bit cooler than it has been, and even the humidity must have slept in…because it was perfect for working outside. What a coincidence…as that’s what we had planned for our third build day of the Bike Adventure.

There are plenty of reasons our team got involved with the Fuller Center rides, but everyone can easily agree on build days. Yes, there’s lots of hard work, but the opportunity to spend time with the local staff, and more importantly, the homeowners, should not be passed up. We were blessed to work with Oscar today, who’d been in the home for several years, and needed assistance with a few exterior projects. (We also had team members painting a house next door.) On our checklist for Oscar: Prepping for, and painting the house, removing debris from the yard, cutting grass, and re-installing a window. We didn’t have a full day at the house, but certainly got quite a bit done in the time we were there. Oscar was present throughout the day, helping us to sort through what could be discarded, what needed to be saved, and those items that would later be removed by a contractor. If you stood by the front door for too long, you were also treated to a tour of the living room, to check out the stereo system he installed, as well as the built-in speakers. He also offered to turn up the music for all to hear outside, but then thought better of it. 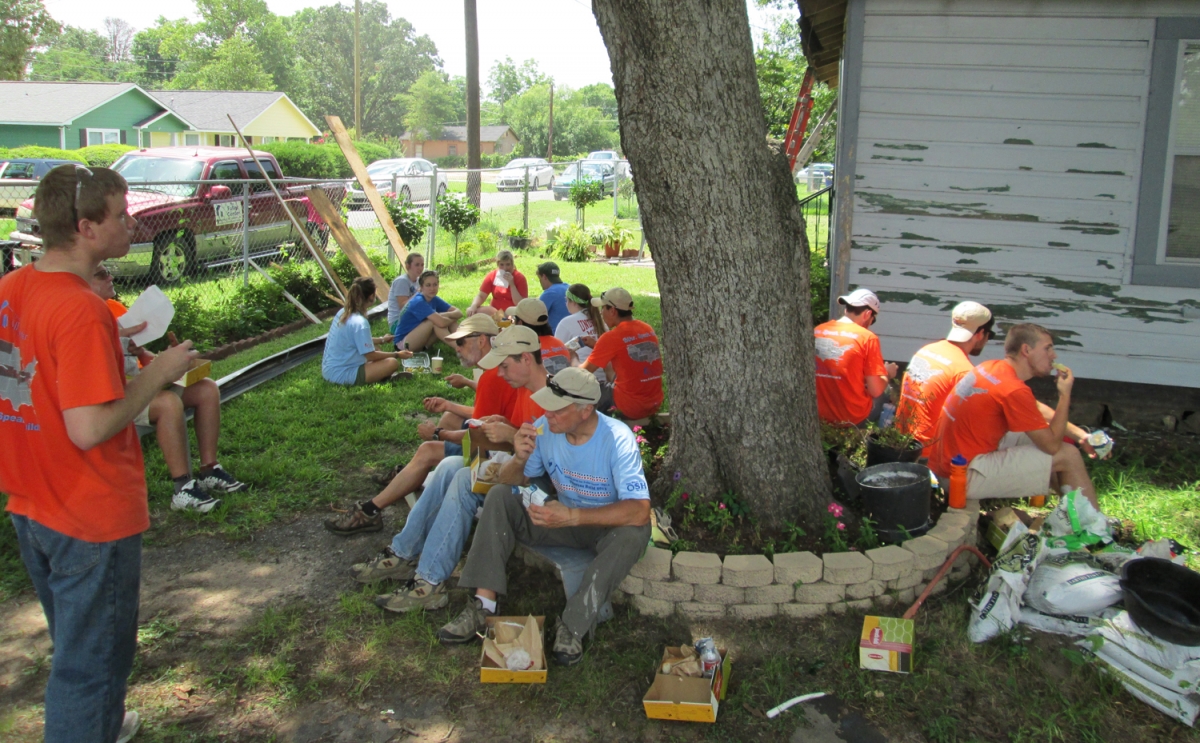 In addition to our own team, we were joined be several members of a local church group, that had been to our presentation the previous evening. We’re used to getting a positive response to those meetings, but you just don’t expect to see extra people stopping by for a day of labor…on a Monday, no less. A very nice surprise.

The neighborhood is a special one for the Fuller Center, as well as the community of Shreveport. Homes on the street are occupied by military veterans. Four of the structures were built from the ground up, in a 71 day period, at a cost of less than $75,000 each, and they look terrific. (This is a project funded by Roger Waters, formerly of Pink Floyd.) Once the new homes were completed, the local affiliate turned their attention to the existing homes on the street. With a bit more work, Oscar’s home will fit right in with the others. I’m hoping they take the "DEAD END" sign down, as the neighborhood is anything but. 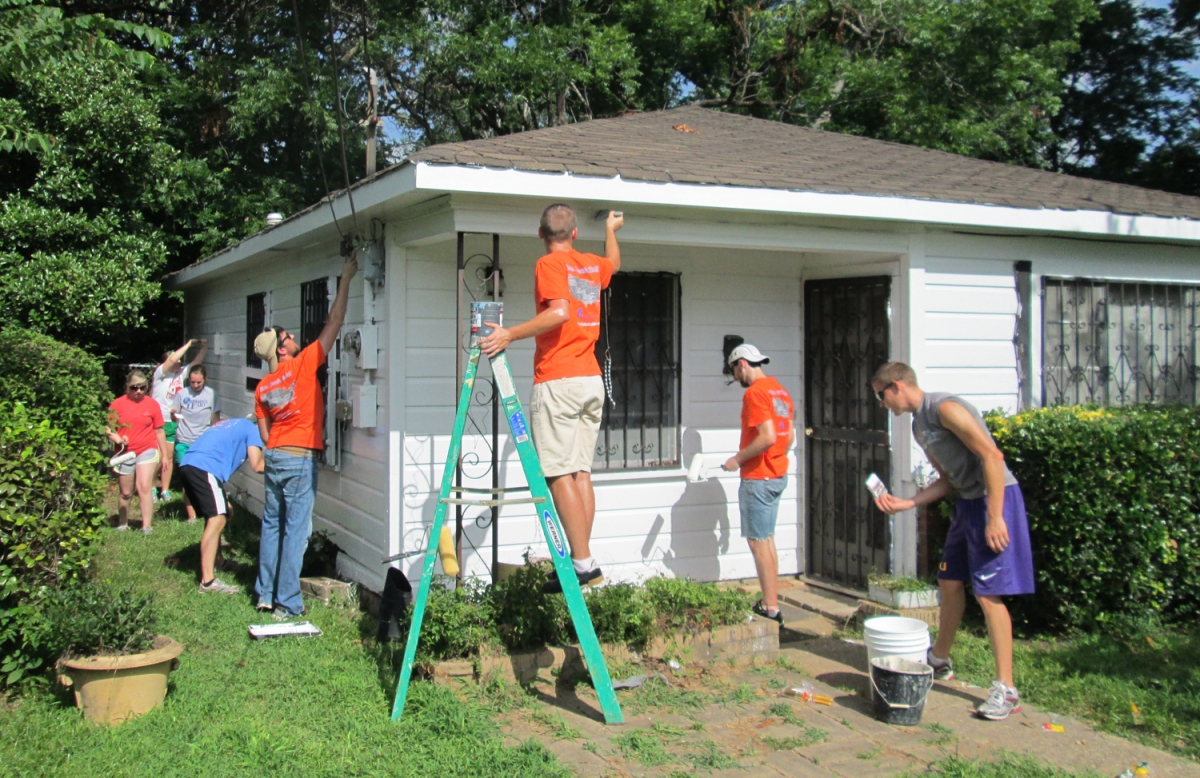 To cap off the day, we were shuttled back to the bunkhouse for showers, and to get ready for dinner. Most of you already know how well we’ve been fed down south, but tonight was a bit different. We were invited to The Remington Hotel, and provided a meal of seafood pasta, asparagus, boudin balls, fresh baked bread, and an awesome salad. Dessert was home-made ice cream over pound cake. After dinner, we were given access to the hotel pool for a brief cool down. I’m not sure if anyone waited the recommended 30 minutes.

For those of you not located in Louisiana…Boudin balls come in a variety of flavors, seasonings, and ingredients. Typically, they are made with rice and sausage, rolled in seasoning, and deep fried. I learned about them last night, happily, from the woman that was putting together our dinner this evening. Based on initial enthusiasm alone, she agreed to add them to this evening’s menu. The only bad, boudin balls news? We probably won’t see them again on the trip, as they’ve only just gotten to the northern part of Louisiana.

Looking forward to the next build day, and riding a few miles to get there.