I was back in Indianapolis last week — seems that I visit there more than any other Fuller Center site (most likely because they keep inviting me back!).  I was there for their first annual Millard Fuller Legacy Awards Banquet.  It was a grand event.  Jeff Cardwell, a member of our Board of Directors and a key leader with the Fuller Center of Central Indiana, has been holding fundraising dinners for 30 years, and he’s got it down pat. 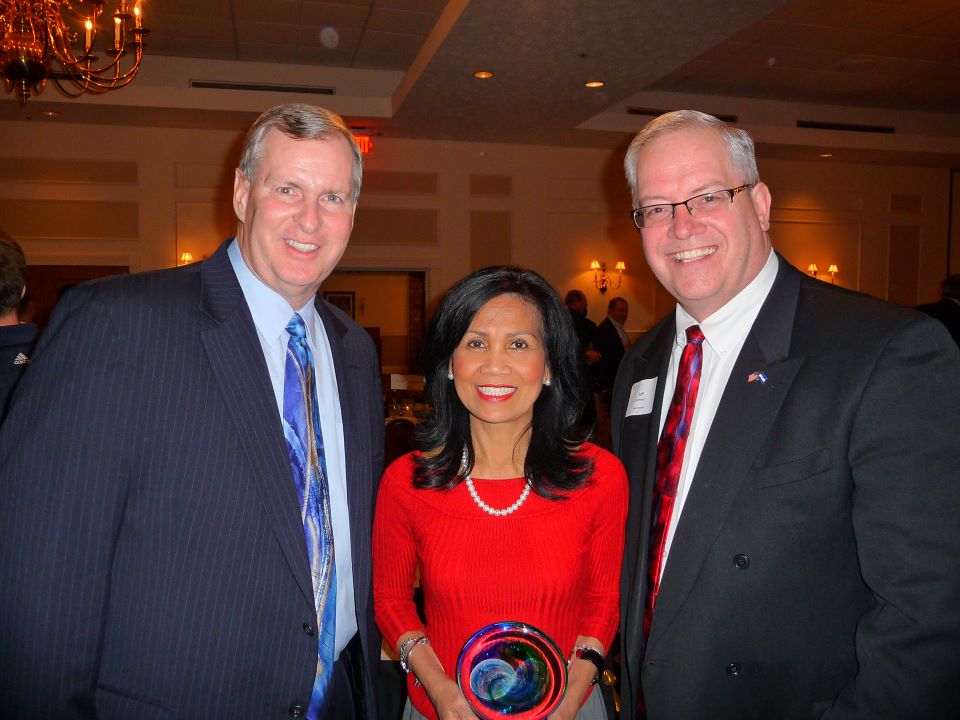 The event was at Jonathan Byrd’s, “the largest cafeteria, banquet and catering facility in the world!”  It really is something, the kind of place that can feed 200 people and make them feel to home.  Jonathan is on the Indy FCH board, so he was the natural host.  There were about 200 people there — a remarkable marketing achievement by the Indianapolis board.  This is the same group that hosted the 2010 Millard Fuller Legacy Build and has turned St. Paul Street into a showcase, so it shouldn’t be a surprise.

This was an awards banquet, and awards were given.  Unlike last Sunday’s event, where millionaires gave golden trinkets to other millionaires, this was just folks giving thanks to other folks for helping make life a little bit better for some of God’s people in need.  The first honoree was Indianapolis’ First Lady, Winnie Ballard, who was named Volunteer of the Year for her work with the Fuller Center as well as her tireless efforts in bringing financial literacy training to families across the city.  Allison Transmissions, a hometown business with operations around the world, was named Corporate Citizen of the year for their continuing partnership with FCH Indy, sponsoring houses and sending volunteer teams to help build them.

Mark Stewart and Southeast Neighborhood Development received the Community Spirit Award.  The Fuller Center could not ask for better partners than Mark and SEND.  The work on St. Paul Street wouldn’t have happened without their support.  And finally the Servant’s Heart Award went to Ron Fisher.  Ron sits on the FCHCI board and has been a staunch supporter of Millard’s work for many, many years.  He truly has the heart of a servant.

I love events like this.  For someone like me, who spends way too much time in the office, doing good work but sort of on the fringes of the ministry, being with the people that make things work is a real blessing.  It has been an inspiration to watch the group in Indianapolis come together to make significant change in their community and the lives of families there.  I’ve lost count of the number of houses that they’ve built and rehabbed over the past few years, but I know they’ve done it all with no staff, no office space, no phone, but with a great heart and an amazing team of volunteer leaders.  And workers.  What a privilege it’s been for me to be a part of their milepost events!