Today we continued a legacy. That is, we had a house dedication for Queen E. White’s Greater Blessing project in the Koinonia farm community. 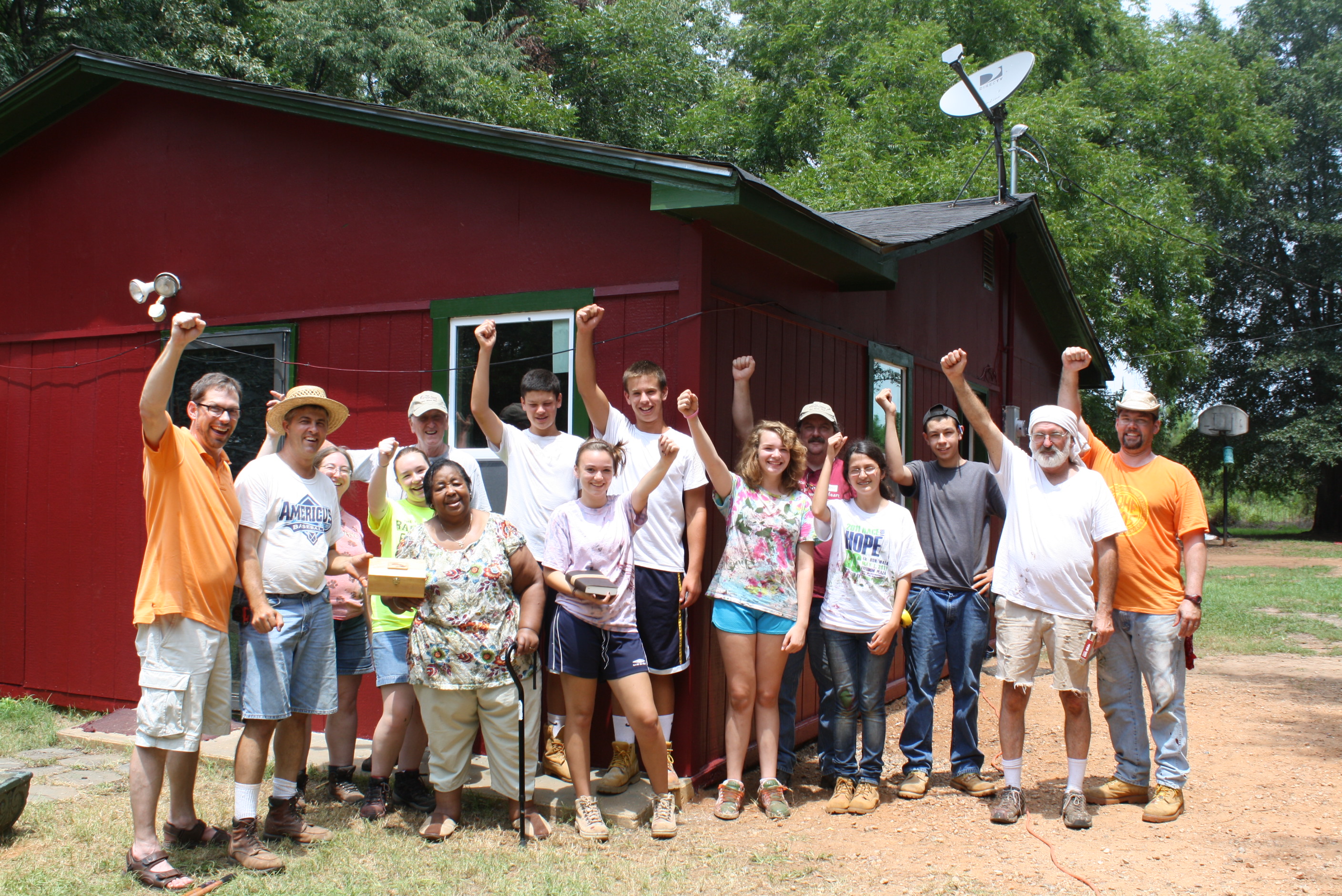 Let me explain why this wasn’t just an ordinary house dedication, but a representation of the Greater Blessing program coming full circle – Two houses down and 42 years ago, the Fullers had just divested themselves of their wealth and were building a home for Queen E. White’s parents, Bo and Emma Johnson. The Johnsons’ home, was the first ever Greater Blessing project, and became the first of many constructed through Habitat for Humanity.

A youth group from Bethel Evangelical Lutheran Church in Northern Virginia spent this past week hard at work on White’s house.

“I’ve really enjoyed it. It’s been a blessing,” White said of the group, after they presented her with a Bible they had all signed.

Kirk Lyman-Barner, The Fuller Center’s director of covenant partner development, also presented her with the customary Greater Blessing box filled with envelopes, which she’ll use to pay off the repairs done on her house this week. Those payments will in turn be used to fund another repair project in the community.

“The Bible says it’s a greater blessing to give than to receive,” Lyman-Barner said. “So you will be able to participate in the Greater Blessing.”

White, who is now retired, spent most of her life serving the Koinonia community as a cook. Today, she dusted off her skills and cooked up a large, southern lunch, the kind that makes you understand why the Spanish invented afternoon siestas.

So today, we continued a legacy – And we did it over some of the best fried chicken I’ve ever tasted.