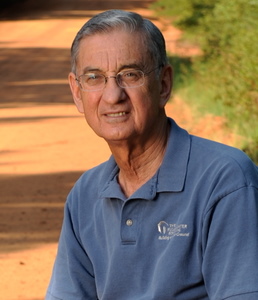 Both branches of the United States Congress, the House of Representatives and the Senate, passed resolutions this month in honor of Millard Fuller, the founder of The Fuller Center for Housing. This is a significant honor and a unique recognition given only to the most distinguished American citizens.

More than 8,000 people from 44 countries signed our Facebook and other hand-written petitions to get these resolutions up to Congress. The Fuller Center would like to thank each and every one of you: We did it!

“Whereas Millard Fuller provided 3 decades of leadership and service to Habitat for Humanity and The Fuller Center for Housing, committing his life to philanthropy and service to others while raising global concern for homelessness and poverty.”

“It is resolved that the Senate:
(1) Celebrates the life and achievements of Millard Fuller,
(2) acknowledges the millions of people he and his organizations have served and the inspiration he has given to so many; and
(3) encourages all the people of the United States to recognize and pay tribute to Millard Fuller’s life by following the example of service that he set.”

“[Millard] took a dream and worked tirelessly to make it real. His goal was to eliminate poverty housing, here in the United States and around the world,” said Fuller Center President David Snell. ”It was an audacious dream, admittedly, but … he not only got a great many houses built, he revolutionized the way Americans look at charitable giving and voluntarism in the process. Millard was an example of all that is good and decent about America and it is most fitting that Congress recognized his unique and invaluable contributions to this country and the world.”

Read a moving tribute to Millard given by U.S. Senator Mary Landrieu of Louisiana to Congress on February 12, 2009.

Watch a video clip below of Rep. Sanford Bishop reading the resolution to the House of Representatives on Tuesday, June 9, 2009.