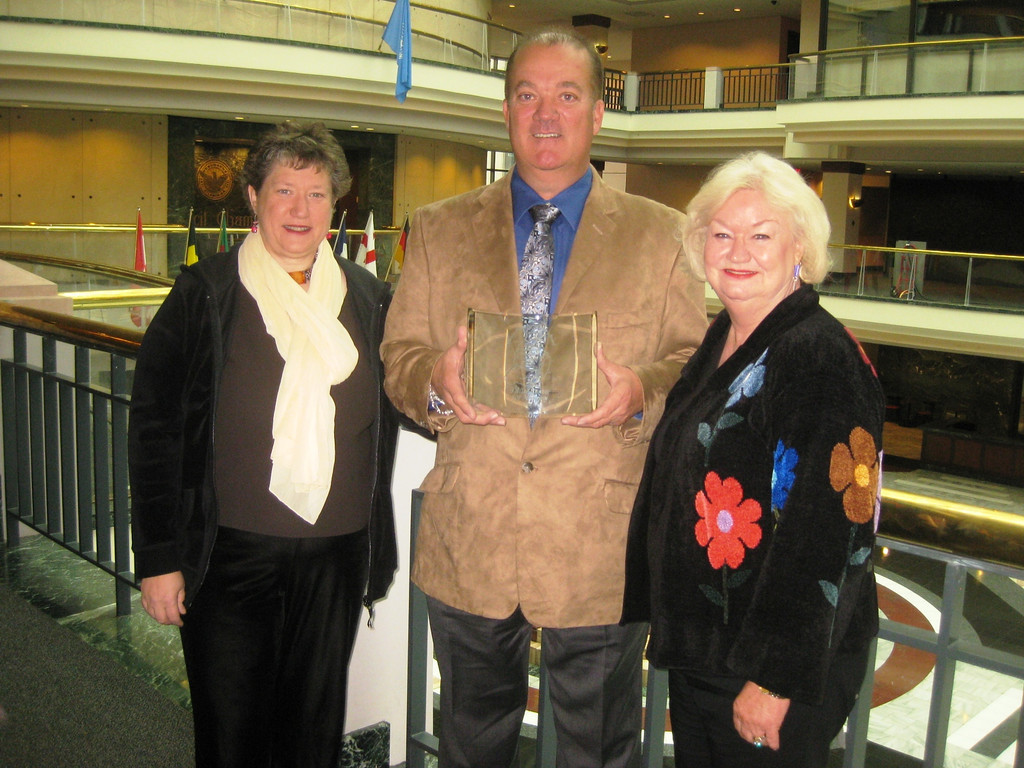 I’ve won my share of awards. A few tennis awards ranging from most improved to MVP. Academic awards (though I was far better at tennis) from high school and college. And a stack of a Georgia Press Association writing awards, mostly for my newspaper column.

Problem is, I don’t even know where they all are. There are plaques and trophies in boxes, and boxes in storage units and attics. Every now and then I run across a certificate in my filing cabinet for some honor I’d forgotten I’d received.

For me, awards have always been nice to put on a resume but never really floated my boat. If I knew I’d done a good job on something and I knew that people were pleased with my effort, it was good enough for me.

So, when I accepted this job at The Fuller Center for Housing, I was amazed at the amount of awards on display here, the vast majority of which had been given to Millard Fuller over the years – everything from the Presidential Medal of Freedom to honorary degrees to a Housing Hall of Fame plaque to Professional Builder’s Builder of the Year to the Institute of Noetic Sciences’ Temple Award for Creative Altruism. And believe me, that is a microscopic sample. On the walls of my office alone are enough of Millard’s awards to make me look as if I’ve actually accomplished a thing or two.

Millard never met a camera he didn’t like, and I don’t think he turned down too many awards. But he went before the camera and to the awards podium over and over for an unselfish reason – to bring attention to the mission to which he dedicated his life, lifting people out of poverty housing. Every award turned a few more heads.

So I’ve had a bit of a paradigm shift when it comes to awards. Gone are the days when I’d sigh every time my editors pushed me to gather up some submissions for awards. Promoting Chris Johnson was never a high priority for me, and that probably cost me a buck or two over the years. But, now, every award that brings any attention to The Fuller Center furthers our mission.

Which leads me to our Greater Atlanta covenant partner. Mark Galey’s bunch was at Atlanta’s city hall this past Saturday to receive the Atlanta’s Neighborhoods Matter Award from the Atlanta Planning Advisory Board, recognizing FCH Greater Atlanta’s significant work to help restore Atlanta’s neighborhoods. City officials and representatives from the mayor’s office were on hand to honor The Fuller Center and others who improve the quality of life in Atlanta. 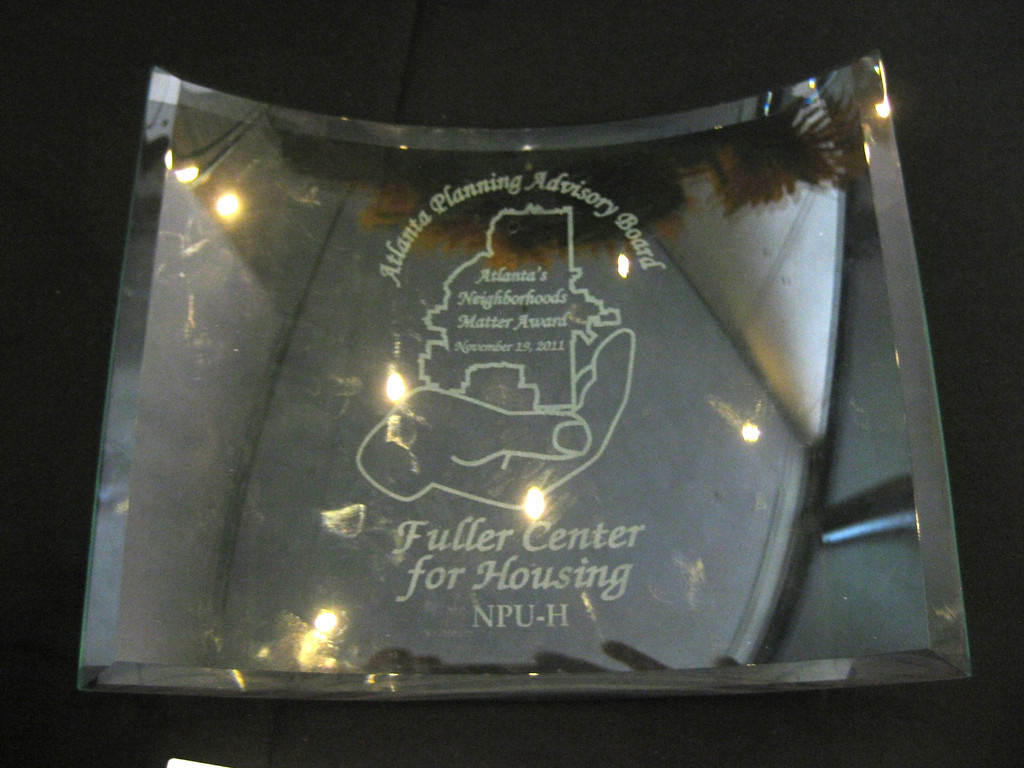 The metro Atlanta area has a great need for the many Greater Blessing and similar projects that Greater Atlanta tackles. Their friend and frequent teammate just to the south, FCH Henry County, does a lot of similar work, and the two are among our busiest partners. With Henry County hosting the 2012 Millard Fuller Legacy Build, I suspect rehabilitation projects will play perhaps their biggest role yet in the Legacy Build.

Greater Atlanta’s latest award is certainly well-deserved and comes at an opportune time with the 2012 Legacy Build coming that way. So, thanks, Greater Atlanta! The attention this award draws to your successes will lead to more awareness of our mission and more successes down the road.

FCH founding board member Jackie Goodman agrees with me … because she’s agreeable like that.

"It is always great to be recognized for the work The Fuller Center does to improve lives and neighborhoods," Jackie said Monday. "As a volunteer, I receive a great deal of satisfaction just knowing we are making a difference in people’s lives, but when we are recognized publicly, it gives us an opportunity to spread the word to hopefully get more donations and hopefully reach more volunteers. Then it’s possible for us to help even more families."

Please share your successes with us so we can share them with everyone. Contact me at 229-924-2900 or cjohnson@fullercenter.org and let me know when you add to The Fuller Center family’s massive collection of awards.

And, remember, if you’re not comfortable tooting your own horn, we’ll do it for you!