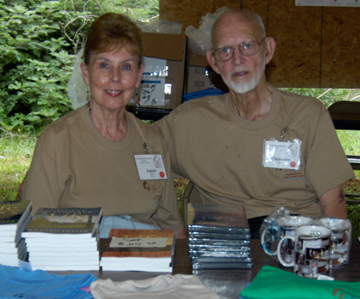 Clarence’s wife Janet said he was “in a deep and comfortable sleep” when he passed a little after 6 p.m. Tuesday, Sept. 20.

Janet Spier is the sister of Fuller Center co-founder Linda Fuller. The Spiers met while forming a Habitat for Humanity affiliate in the Coachella Valley of Southern California.

“Clarence Spier was the definition of a gentleman,” Fuller Center President David Snell said. “He was soft-spoken and kind and had a keen interest in the work of the Fuller Center. He and his wife Janet have served on our Advisory Council since the beginning. He will be missed as a friend and partner to this work.”

The family respectfully requests that, in lieu of flowers, memorial tributes be made to either:

You can make a memorial contribution to The Fuller Center for Housing by clicking here.