More than 100 years after he was born and 44 years after he passed away, the seeds planted by though-provoking Christian theologian Clarence Jordan at Koinonia Farm continue to bear fruit. 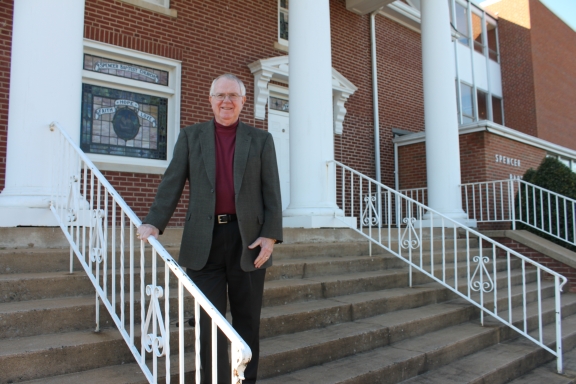 It all started because of Vaughn’s interest in Jordan, a man whose “Cotton Patch Gospels” once struck Vaughn as sacrilegious before he shook off what he calls a sheltered upbringing in South Carolina and dug deeper. That interest ultimately led the pastor to Americus last September for the Clarence Jordan Symposium.

“We came to that because Clarence Jordan has been a hero of mine,” Vaughn said. “(Jordan biographer) Henlee Barnette was my professor at (Southern Baptist Theological Seminary). And Henlee and Clarence were very close friends and students together in the Ph.D. program there. So I began to hear Henlee talk about Clarence Jordan. I became very interested and started doing some studying and all of that.”

But Jordan was not the only draw to Americus. Another was Christian theologian Shane Claiborne, who founded The Simple Way intentional Christian community in the Kensington neighborhood of Philadelphia. He had learned about Claiborne from Christian author and longtime Millard Fuller friend Tony Campolo.

“He told us a little bit about Shane Claiborne, so I bought Shane’s book,” Vaughn said of an event at which Campolo spoke. “Since then, I read everything I can get my hands on that Shane has written and was excited to know he was going to be there.”

Vaughn came to Rutherford County 18 years ago and says that folks may hold that against him because that’s when the furniture plants and textile mills began to close. Since then, his church has made it a central part of their mission to bring hope to a community that needs it desperately. Then, he had a vision.

“God woke me up one night,” he said. “This tremendous feeling began to settle upon me because we have so many people we’re having to minister to who are living in abject poverty here. Our county ranks No. 3 in the state in unemployment. Unemployment is terrible.

“While I was awake, the thought came into my mind that we could take some of these old houses that are around here and refurbish them. People are struggling to pay rent and getting nothing out of it. We could do the work, and we can let the people buy these houses at zero-percent interest. And fixing the houses up will help other industries come in because the community will look better.” 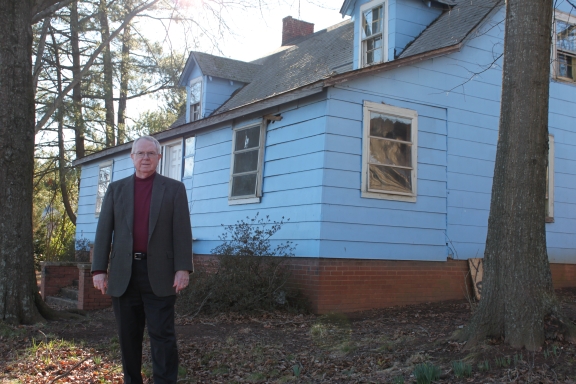 The seed had sprouted. Meanwhile, things already were in motion on the housing front. Vaughn had been working to help a homeless man find a decent place to live. So he called an acquaintance who had rental homes in town, and the man said he was ready to get out of the rental business. He also said that he had a home that had become vacant, and if the pastor wanted it, he could have it.

While examining the home that needed great work, he met the next-door neighbors, whose home also was in bad shape. The Native American man was a Purple Heart recipient who rented the home, along with his wife, who is diabetic, blind and on home dialysis. They said they wished they could fix the house up but worried that would lead to a rent hike, so they asked Vaughn to say nothing of fixing it. Vaughn agreed and simply prayed with him over the situation.

Later, one of the younger deacons at Spencer Baptist approached Vaughn about the idea of repairing houses and using them to empower families as homeowners. The deacon said his father was interested in the idea and had a rental house he wanted to donate. It was the house of the Purple Heart recipient and his family.

All the coincidences are what Fuller Center President David Snell likes to call “providential confluences.” He calls them such because he sees such fortunate events happen too often to those associated with The Fuller Center’s housing ministry to keep considering them coincidences.

But with house donations pledged and people in the community stepping up with monetary donations and pledges of financial support, what Vaughn needed was an organization with the expertise in such an endeavor through which they could accept the properties. With no Fuller Center covenant partner in the area, he contacted Lyman-Barner for advice. That is when he learned about The Fuller Center’s Faith Builders program. Spencer Baptist Church is now an official Fuller Center Faith Builder.

“I’m delighted that we are partnering with Pastor Billy Vaughn and Spencer Baptist,” Lyman-Barner said Wednesday. “We believe that local leadership provides the best program design and solutions for their own community. Pastor Vaughn and his team are demonstrating that churches do not have to step over the people in need who are living in the shadows of their church steeples to find important mission work. With the housing crisis in America, we need many more partnerships with churches like Spencer Baptist.”

Click here to learn how your church can become a Faith Builder.