When Chicago’s Jonathan Alfaro began planning to ride 1,650 miles down the West Coast with the Fuller Center Bicycle Adventure, it was merely a plan. And in his experience over the past seven years, plans fell through. Plans led only to disappointment and frustration.

Alfaro was diagnosed with acute promyelocytic mylogenous leukemia when he was 15. For the rest of his teenage years, plan after plan fell through as he relapsed four times with the rare bone marrow cancer. Year after year and month after month his body and spirit were battered by chemotherapy, radiation, surgeries, spinal taps and failed experiments.

Even two years after a transplant of umbilical cord blood helped him apparently climb out of the abyss, he was afraid to believe that he would indeed join the Bicycle Adventure’s fundraising and awareness ride from Seattle to San Diego. But his love of biking, his love of helping other people and his determination to see a plan actually come to fruition kept him focused on the West Coast. 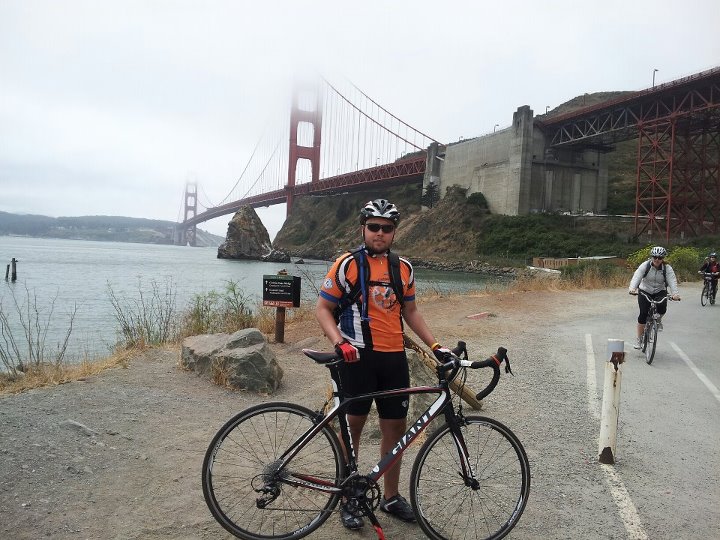 “Biking allows me to forget the road that I’ve been through and all those hard times,” Alfaro said by phone from San Francisco. “It kind of sets me in my own little world, sets me apart and lets me forget about everything. It’s my therapy to kind of motivate me because I’ve had many relapses through this journey. I’ve relapsed four times. I feel that I could relapse at any time.

“So that was one of the reasons I did this trip — to kind of find myself and prove to myself that it is possible to plan something. A lot of times I planned what I wanted to do, but it was never possible because I relapsed a lot of times. So I’d kind of lost hope in making plans. So with this trip, I was thinking it wasn’t even gonna happen.”

For many cancer survivors, being cancer-free for two years would be reason enough to revel in a little celebration of one’s self. And Alfaro has indeed relished biking around Chicago, soaking up the local music scene and indulging his passion for Chicago’s pro sports teams, especially his beloved Cubs. But more important to Alfaro than celebrating his new lease on life is giving back.

“It’s been two years since my transplant, and that’s usually the marker, the all-clear,” he said. “They tell me that after two years the chances of the cancer coming back are slim to none. But that’s not how my body thinks because of all the relapses. … I’m all about helping people. I could not care less about anything else. I just like to help others before me. That’s kind of my mission.”

The funds he raises through the Bicycle Adventure will help people around the world know the joy and security of owning a simple, decent home through The Fuller Center for Housing. And he hopes his story will help draw attention to The Fuller Center’s work. But he’s also riding for the many cancer patients he met during his teen years, including the ones who did not win the battle.

“I feel blessed to have been given many, many chances,” he said. “I’ve had a lot of obstacles and feel like I’ve been very blessed. I kinda want to give back and do it in memory of many patients that we lost while I was going through my treatments. I lost a lot of friends, and I’ve made a lot of friends, too.”

The Midwesterner is making a lot of friends along the West Coast, although it remains to be seen how many friends he made Monday night while wearing his Cubs baseball cap en route to the New York Mets and San Francisco Giants game at AT&T Park during a rare day off for the Bicycle Adventure.

“I’m not feeling very well about my Cubbies,” he admitted. “But I’ve been a Cubs fan for a long time, and it’s something unique being a Cubs fan.”

While the Cubs’ season may not be so memorable, Alfaro is having an unforgettable summer on his bike. The ride started July 15 in Seattle and concludes Aug. 11 in San Diego, where Alfaro and the other cyclists will put down their bikes and pick up hammers on a build day with the local Fuller Center covenant partner.

“The hills have definitely been challenging, but the scenic route, there’s no other thing like it,” he said. “It’s been very beautiful. It’s been fun.”

And will he return for next year’s Bicycle Adventure?

That’s the plan. And to Jonathan Alfaro, that actually has meaning again.

Read Jonathan’s detailed description of his battle with leukemia … in his own words.