The work of the Chattahoochee Fuller Center Project (CFCP) of Lanett, Ala./West Point, Ga., is inextricably linked to the communications services company InterCall, which employs more than 600 people in its West Point call center. That’s because the first president of the CFCP is Bill Scott, who launched InterCall when he was president of ITC Holding Co. 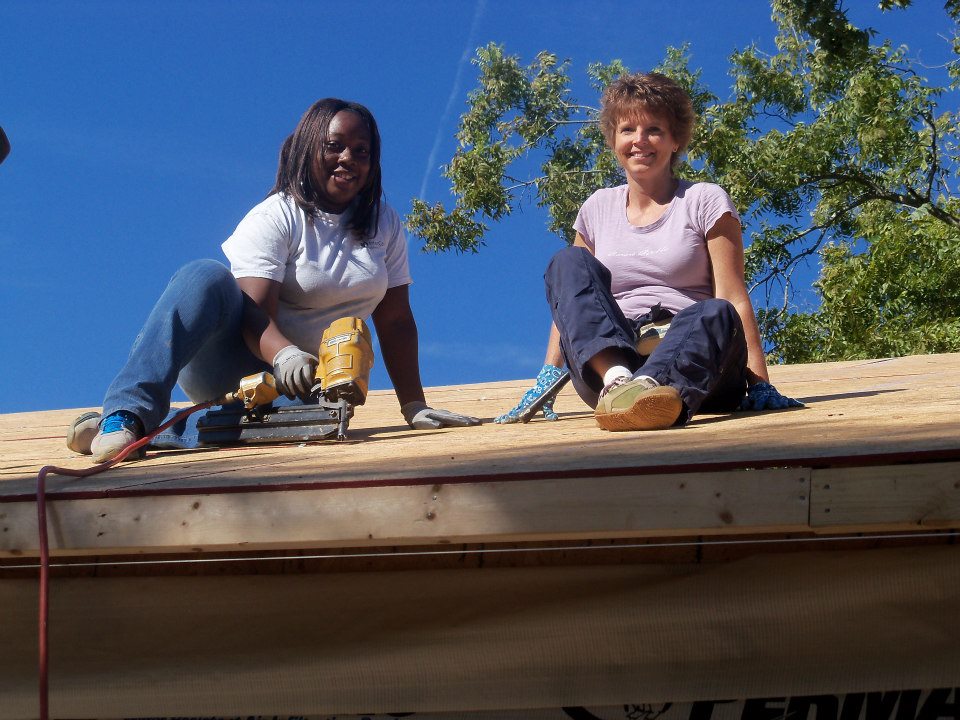 So, it’s fitting that two new homes dedicated Sunday after three weeks of building in Lanett went to InterCall employees Tiffany Core, a mother of three girls, and Reshyra Walker, a mother of one boy. They are the owners of the 28th and 29th homes built by CFCP and will begin moving into their homes tonight.

Core’s home was funded by fellow InterCall employees who raised money at the call center. And InterCall had about 10 to 15 employees a day volunteer to work on the new homes, upon which construction began Sept. 24.

“We had quite a few InterCall people working on it,” said Molly Fulghum, InterCall’s senior director of operations for North America. “There was a lot of team-building for InterCall folks because an InterCall employee was receiving a home. There was just amazing camaraderie. It definitely helps the employees. It helps the community. It also shows that we’re a very large corporation, and we give back to the community.”

Though she would downplay her own role in preparing for the build, Fulghum has worked very closely with CFCP Executive Director Kim Roberts over the past several months and was one of the many InterCall employees who volunteered on the work site. But InterCall’s presence at the build was led by Traci Crosby, manager of InterCall’s automated department in West Point and a dedicated Fuller Center volunteer who also played a major role, along with Roberts, at the Millard Fuller Legacy Build in McDonough, Ga., just a couple of weeks before their own build. 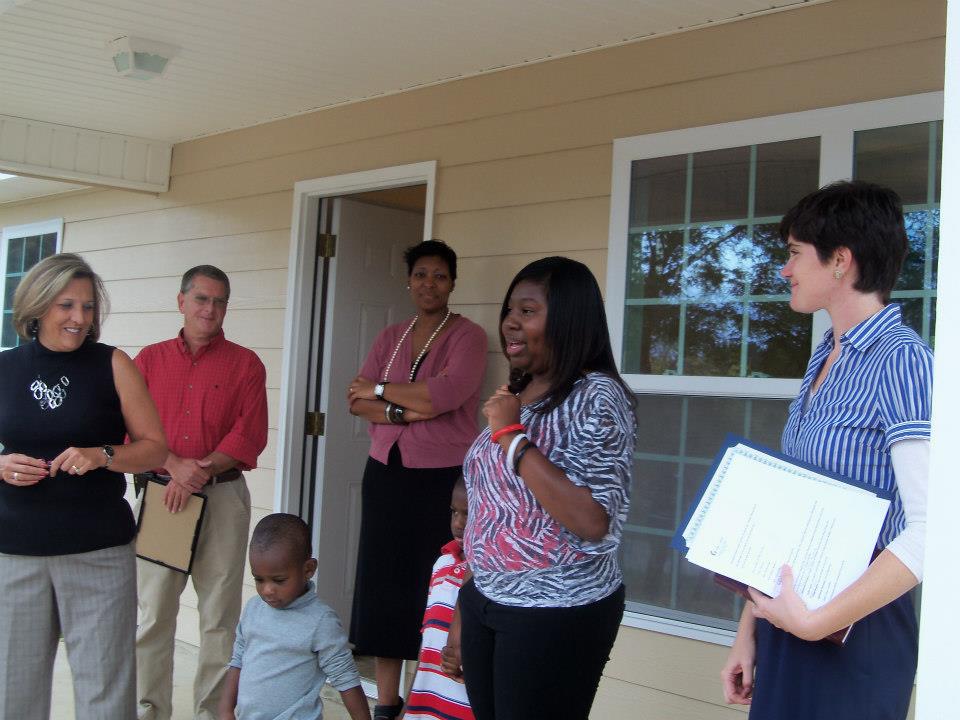 Fulghum presented a plaque to Crosby, recognizing her efforts, and read a letter from Fuller Center for Housing President David Snell, who personally delivered some roofing materials to Lanett just before the build:

The heart and soul of the work of The Fuller Center for Housing is in the volunteers who give so generously of their time. We couldn’t do this work without the donations of cash and materials that we receive, but goods and money can be replaced. Volunteers give of the one gift that there is only so much of – their time.

Every now and again, a volunteer comes forward who gives above and beyond, whose dedication and cheerfulness are an inspiration to all. Traci Crosby is one of those volunteers. Not content to share her talents solely with the Chattahoochee Fuller Center Project, she reached out to help out friends at the Henry County Fuller Center as they worked on this year’s Millard Fuller Legacy Build.

Traci is a true friend and partner to this ministry, and she is an outstanding ambassador for InterCall. On behalf of all of us here, I offer our sincerest thanks to Traci for the work she does and the inspiration she provides.

Among Fulghum’s other duties was to read that letter aloud on Sunday. It sounds simple enough, but not for Fulghum, whose heart was touched to see her good friend’s efforts recognized.

“Every day I practiced it, I just cried,” Fulghum said. “Thank goodness I didn’t cry when I read it Sunday.”

A June 22 golf tournament raised much of the money for the build, especially from Platinum sponsors Metratech and ATG; and silver sponsors Sirius Computer Solutions, Chris Clark Grading & Paving and Brumfield Electrical and Communications (BEC).

Roberts said that while this build is over, the momentum is in full swing and infused even more energy into their efforts to help families in the area.

“I think we even shocked ourselves that we were able to pull that off with local people,” Roberts said. “That’s huge when your community after five years is still behind you 100 percent. It was great, and the houses are beautiful.”

Next up for the CFCP is a Nov. 5 Greater Blessing project for a 30-year-old cancer patient whose home has become unlivable. Home Depot of nearby LaGrange, Ga., will supply the volunteers for the project.

Click here to see more photos from the three-week build.

This video was filmed in May at the site where Houses No. 28 and 29 would be built: