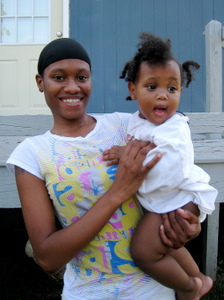 (Summarized from an article by Wayne Clark for the Valley Times-News — Lanett, Ala.)

The Chattahoochee Fuller Center Project (CFCP), epicenter of the 2009 Millard Fuller Legacy Build, has selected the six families in Lanett, Ala., who will receive brand-new homes during the week of Aug. 30 to Sept. 4.

The announcement was made Thursday night to all of the young women, who met thinking they were going to have a discussion about homeownership. They expressed shock and gratitude and were excited about an improved future for their children.

"I feel like I just won a lottery," said Marilyn Loyd, the mother of two small children and one of the women chosen to receive a new Fuller Center home. "…I can now set a better example for my kids. They can now grow up in a better environment than the projects. The new homeowners will invest sweat equity hours during the Legacy Build week by assisting volunteers. They will continue after the build by helping out on future CFCP projects.

"During Legacy Build week, you will be showing the previous homeowners and those who will be here to work on the houses the kind of interest you have in being a new homeowner," Bil Scott, CFCP President, said to the six women. "We will hold up our end of the deal if you hold up yours. We want you to be a success, and we think you will be." 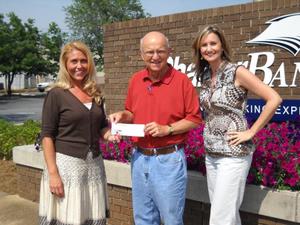 Around the same time, the board of directors of The Charter Foundation, Inc., voted to grant CFCP $30,000 to sponsor half of one house for the Legacy Build.

Scott said the project is part of an effort to improve the Jackson Heights neighborhood in Lanett, Ala. A previous, similar effort by the CFCP in West Point, Ga., changed a crime-riddled area into a more peaceful place to live with the construction of six Fuller Center houses and one Habitat for Humanity home.