I used to have high school coach who emphasized sports being 10% physical and 90% mental.  This 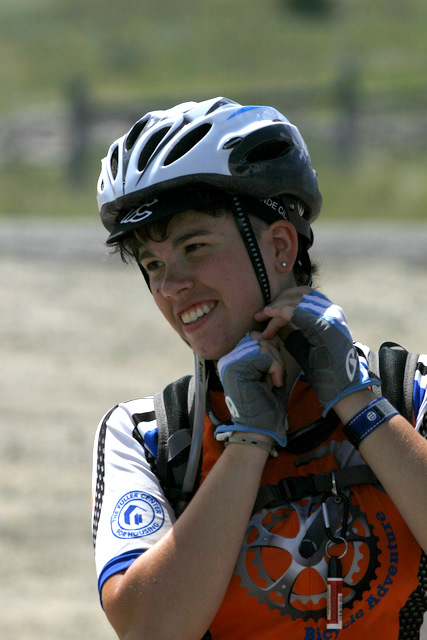 statement was never more true for me than it was today.

Today made the sixth day in a row that I climbed on my bike this week, with a promise of a day off at the end of 72 miles.  This is not the longest ride that I have encountered on this trip so far, but it certainly isn’t the shortest either.  It was hard waking up at 6 am to roll up my bed for what feels like the millionth time, put on some dirty cycling clothes, and kick my sore muscles into motion, making promises to them that at the end of today I would let them rest for at least 24 hours.

As I hopped on Sojo (my bike) and started pedaling towards the main road, and turning up some Taylor Swift on my iphone speakers, I was slightly hopeful about today’s ride.  These hopes were quickly blown away … quite literally.  A very obnoxious head wind battled us for nearly every pedal of today.  It didn’t help that the majority of the ride was spent on one road that stretched out straight in front of us.  I felt like I wasn’t going anywhere fast.  Actually I felt like I wasn’t going anywhere at all.  At one point I had to face my bike computer away from me, because I felt like I had been pedaling for an eternity and I read the milage as only 6.8 miles.  I felt like I was going crazy.  So I stopped looking down and started praying to God Almighty that I would just get to the first rest stop.

All of a sudden I see the van and the trailer.  They were supposed to meet us at mile 18.  Slightly confused, but extremely grateful, I roll up to the rest stop and look down at the bike computer.  It read 68 miles.  I never reset the milage from the day before.  With a huge sigh of relief, I now realized that the rest of the ride would be do-able; head wind or no head wind.

However, as mentioned, that head wind stayed with us almost all day.  Drafting was the only way to make it slightly manageable for some riders.  Unfortunately, this did cause a couple scraped elbows and knees.  I was lucky enough to catch a draft behind the tandem bike for about 12 miles, and save my energy for the last part of the ride.  The only time we got out of the wind was when riding up a pass around Earthquake Lake.  I have never been more excited for a climb in my life.  The last eight miles were probably the hardest eight miles of the day.  Knowing I was so close to my destination, but crawling at a pace that was almost unspeakable was enough to make me want to scream.

Slowly but surely I made it into West Yellow Stone.  And as always, it was worth all my pedaling.  West Yellow Stone is a quaint little touristy town filled with fun shops and tasty restaurants.  I’m completely worn out from today, but I’m so excited to be in such a beautiful state and have a day off tomorrow to explore West Yellow Stone National Park.