From Sept. 1 to Dec. 15, federal civilian, postal and military employees have the opportunity to select nonprofit organizations to which they wish to give through the Combined Federal Campaign, the world’s largest and most successful workplace charity campaign.

Since President Kennedy signed an executive order in 1961 that led to the creation of the CFC, the campaign has raised about $7 billion for nonprofits. This year, the Fuller Center for Housing joins the long list of nonprofit groups from which federal employees can choose. Groups are assigned a number for easier searching. The Fuller Center’s CFC number is 32458.

Sgt. Maj. Jeff Lavender, a Fuller Center friend who is retiring from the Army later this year, says he’s been giving to organizations through CFC for 29 years and cites a couple of main reasons: 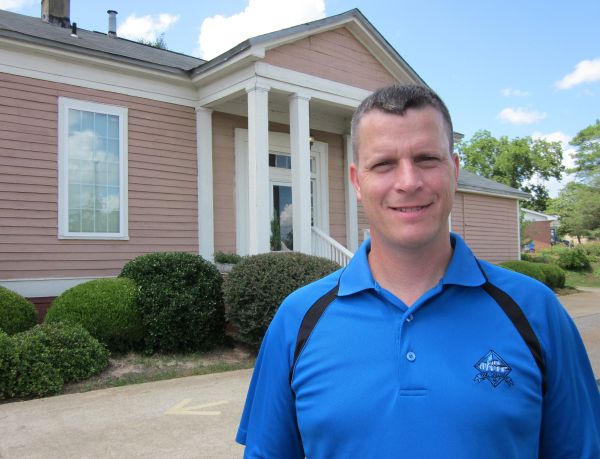 “Convenience. Also, the organizations have requirements to keep the overhead low. So the CFC kinda validates that you’re a real organization. It’s not some guy going door to door collecting money for his vacation fund. They monitor you enough to make sure you’re a legitimate organization.

“You can give payroll deduction or you can give cash,” Lavender continued. “And when solicitors call me on the phone, I can say, ‘I only give to CFC.’ So I have a convenient excuse when they call.”

Fuller Center for Housing President David Snell is thrilled to be on board with the CFC.

“The CFC provides a steady source of income since it’s done by payroll deduction,” Snell said. “Once it builds up, you have a fair idea of what you’re going to be taking in. It’s one of the few fundraising tools that we have that has such a level of consistency to it.”

Of course, there are more than 4,000 deserving nonprofit organizations also eligible to receive donations through CFC contributions. Few comb through the list of nonprofits and try to find one that piques their interest. Instead, most look to check the box next to a specific one.

“You get a booklet of thousands of organizations to give to,” Lavender said. “So you pretty much have to be familiar with an organization before you select them. Most of us pick two or three places to split it up. I give to organizations I work with and am familiar with, and I think that’s the way most people do.”

So being part of the CFC and being assigned a group number in 32458 is just part of the equation. The other is building awareness and relationships. That’s something the Fuller Center has great success with through its grass-roots efforts. Now, spreading that message even further and in many different ways is key to increasing contributions through the CFC and enhancing the Fuller Center’s mission to eradicate poverty housing.

Spreading the word about the Fuller Center’s work and successes is something Snell stresses in order to make better use of opportunities like the CFC campaign to ultimately help build simple, decent housing.

“We find that when they find out who we are, they like us and they like what we’re doing,” Snell said. “And this is a great way to broaden our scope and get to know more folks. But we’ve got to get out there and get to these installations and bureaus and agencies and get the word out.”

Lavender agreed that getting the word out is key, and that there are people like him who contribute to CFC who also will appreciate the Fuller Center’s work when they learn about it.

“I see it as an outreach to make people’s lives a little better,” he said. “And it’s a Christian organization, and I’m a Christian.”

Click here to learn more about CFC and watch Secretary of State Hillary Clinton discuss it.