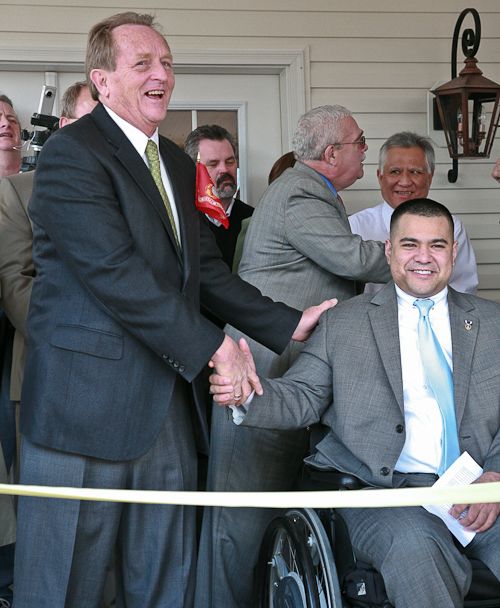 (CBS News) In 2009, Marine Cpl. Josh Himan was injured and left paralyzed when his Humvee struck a roadside bomb in Afghanistan. Part of his road to recovery was having a home that would be better suited to his wheelchair and his needs. The Fuller Center helped make that part happen in 2011 by renovating his home in Northern Virginia.

We are happy to report that Josh is still doing well. Not only is he working on his master’s degree in finance, but also he has returned to one of his great passions — weightlifting. CBS News reports on how renowned strength training expert Tyler Hobson and a team of engineers designed a system to fit Josh’s needs. With veterans issues becoming a common thread in many Fuller Center projects, including the 2013 Veterans Build, we are proud to have been able to help Josh and other veterans have an even brighter future.

Take a look back at stories from 2011 about The Fuller Center’s work on Josh Himan’s home.