Cascade Windows once again will provide windows for all eight of the new homes at the main site of the 2011 Millard Fuller Legacy Build in Minden, La., Oct. 17-21.

The Spokane, Wash.-based company has become a steadfast supporter of The Fuller Center for Housing and its mission, also having supplied the windows for new homes constructed at the Legacy Build in Indianapolis last year. 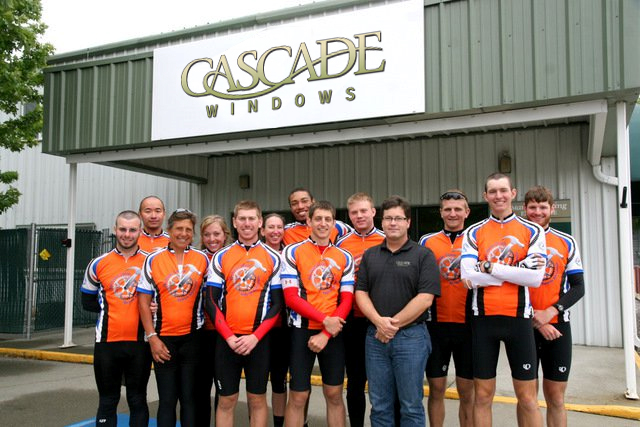 It’s a relationship fostered by the late Glen Barton, who was Vice President of U.S. Field Operations for The Fuller Center until his death last month. Barton not only appreciated Cascade’s commitment to serving others, but he also saw it as a practical partnership, knowing that Cascade’s windows were durable, energy-efficient and built to last.

“The Fuller Center is extremely appreciative of the Cascade Windows donation and their participation in the 2011 Millard Fuller Legacy Build,” said Kirk Lyman-Barner, The Fuller Center’s Director of U.S. Field Operations. “This contribution not only improves the beauty, longevity and energy efficiency of the houses, but it also helps make home ownership possible for our partner families.”

“We’ve supported the Fuller Center for the past two years because they are dedicated to renovating housing for those who live in poverty, and we understand that housing is a critical aspect to every community’s success,” said Curtis Taylor, Cascade’s Vice President of Sales and Marketing.

In addition to supporting the Legacy Build and other Fuller Center projects, Cascade Windows also was a stop on our biggest single fundraising event, the Fuller Center Bicycle Adventure. The Adventure cyclists had an opportunity to thank Cascade personally for their support when they passed through the Spokane, Wash., area in June, shortly after starting their 3,600-mile ride. While there, cyclists were treated to a tour of Cascade Windows’ manufacturing operations.

Meet some of our other Legacy Build sponsors by clicking here.