After roughly eight cups of coffee at Café Campesino and an hour-long, impromptu conversation with Americus-Sumter Fuller Center board member Jack Carey that spanned everything from his poodle 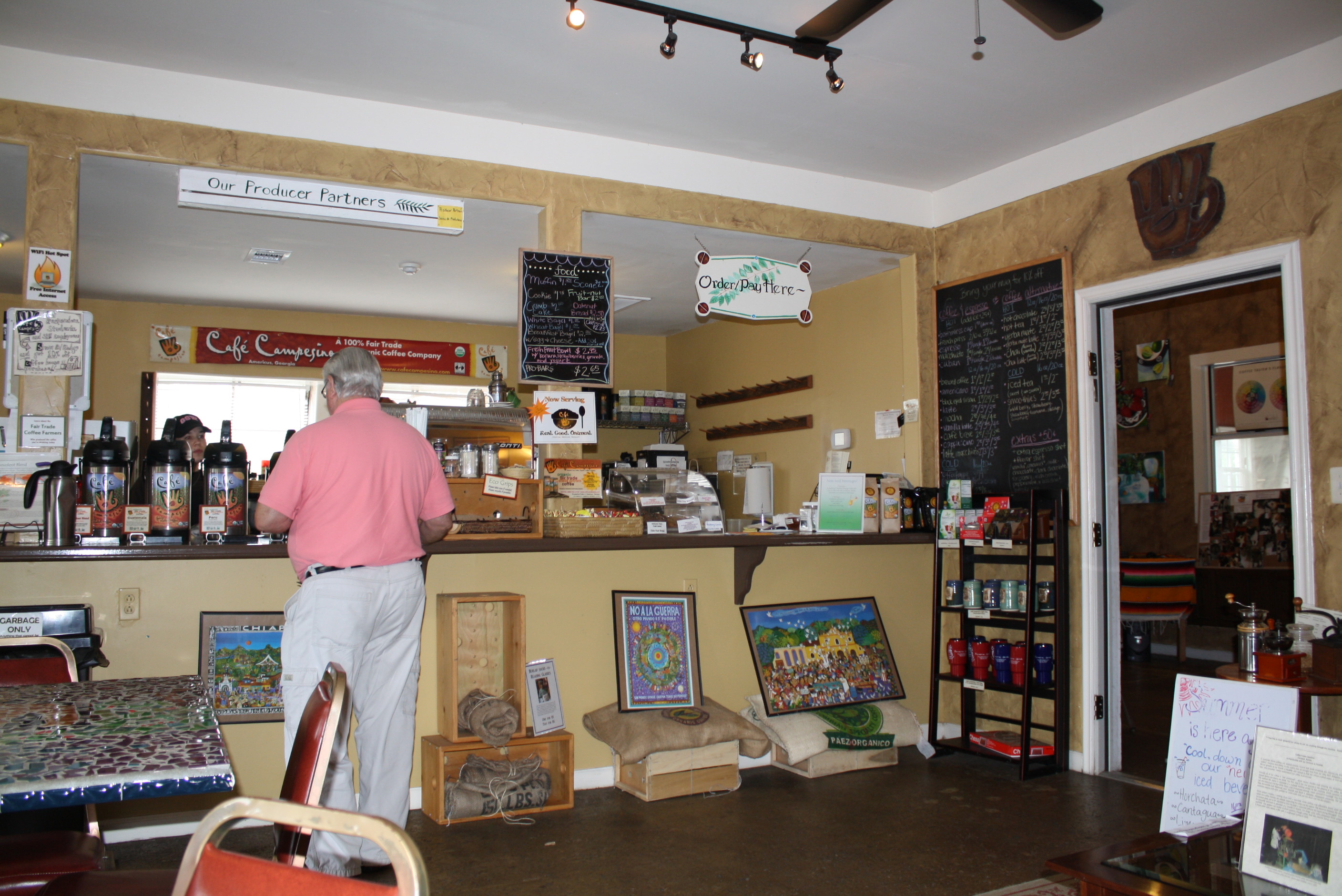 Peaches to how his wife gave birth in a monsoon in Okinawa, I feel ready to write a dissertation.

But unless you’ve spent the day putting away copious amounts of caffeine as I have, it’d probably be a terrible read. So I’ll settle for a blog post about Café Campesino’s fundraiser for our upcoming UCC-sponsored trip to the Congo to revisit where The Fuller Center and Habitat for Humanity’s founders, Millard and Linda Fuller, put legs on the affordable housing movement.

The Fullers built the first 114 Habitat for Humanity homes there on land that was a dividing property separating the Africans and whites they called “Bokotola,” which means “man who does not care for others.” Over the course of two years, they transformed the local community and the name was changed to “Losanganya,” which means “place of no discrimination, where people live in peace and love with one another.”


Over 20 years later, Bill Harris, the co-founder of Café Campesino, an Americus-based, fair trade coffee-importing cooperative, was on a Global Village Habitat for Humanity trip to Guatemala. When one of the team members accidentally dumped soil on a coffee bush while working, the farmer got so upset that he made the team quit their construction work.

That’s when Harris began to investigate the whole coffee-producing business. In the process of his research, he learned that most coffee farmers were exploited. Café Campesino was born as a direct result of this realization.

And now Café Campesino is helping us re-tell the Fullers’ success story in the Congo by supporting the trip through a fair trade organic coffee fundraiser.

Learn more about the fundraiser here

In reality, it’s not only our histories that intersect, but also our futures. Helping real people in the real world, as both The Fuller Center and Café Campesino strive to do on a daily basis, means recognizing that no panacea exists for the complicated web that is poverty, and we can’t do everything ourselves. We need to continue forging partnerships with other organizations that create solutions from different angles.

As Kirk Lyman-Barner told me this morning:

“We’re interested not just in housing, but also in creating relationships and partnerships to create fair trade jobs. So we want to help spread the word about Café Campesino’s story … And as we come back from this trip we want people primed and caffeinated, and ready to hear our story.”

Check out a longer version of this story with the irrelevant details left out, written somewhere between my second and seventh cups of coffee.