It takes an awful lot to slow down Rocky Powers, the hard-working leader of The Fuller Center for Housing of Greenwood/Leflore in Greenwood, Miss. But temperatures topping 100 degrees qualify as an awful lot.

Powers has been busy helping the city of Greenwood use part of its $625,000 grant from the Foundation for the MidSouth, but the record-breaking heat that has already gripped Mississippi and is projected for much of the nation this weekend forced him to take a break from the labor. 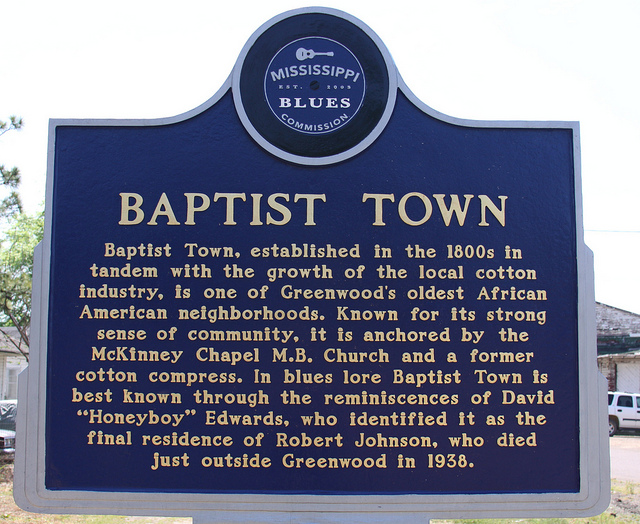 “It’s so hot that you can’t work on these roofs right now,” Powers said of the main repairs that The Fuller Center is addressing in Baptist Town, in addition to plumbing work and other emergency repairs.

With the grant’s stated purpose “to assist with efforts to expand quality of life outcomes for city residents by focusing on revitalization of the historic Baptist Town community,” the city turned to Powers and The Fuller Center, which has already made great strides in the community. They’ve been asked to oversee repairs to a dozen homes in the community where much of the recent Oscar-nominee “The Help” was filmed.

“They have tackled one of the most blighted areas in our town,” Powers said. “They chose 12 houses based on what those people asked them to do. The city wanted Fuller to be associated with it to keep the politics out of it. They asked if I would come over here and oversee this stuff and get it done.”

The Fuller Center already has finished four of the 12 projects, utilizing the city’s grant funds of $5,000 per house and using inmate labor. Powers said they will finish eight more by November.

“The entire Fuller Center family is inspired by what Rocky’s team has been able to accomplish in Baptist Town,” Director of U.S. Field Operations Kirk Lyman-Barner said. “They are one of our most productive covenant partners.”

But Lyman-Barner also noted that Powers and others are wise to be wary of the heat right now and take advantage of the opportunity to focus on other aspects of The Fuller Center’s housing ministry, such as fundraising, planning and building relationships with churches and other groups.

“They are doing the right thing by taking a construction break to get out of the heat,” he said. “There’s so much more to our ministry in addition to construction. During the heat wave, it is a great time to be inside in air-conditioning doing fundraising and other important committee work.”

Many Americans are fighting the heat wave without air-conditioning
or energy-efficient homes. Your donations help us improve energy efficiency
in existing homes and insure new ones are built to high energy-efficiency standards.