Hello, my name is Andy Cooper. I traveled here from southwest Georgia to participate on the last week of the 9 week Fuller Center Bicycle Adventure starting from Atlantic City, New Jersey, and finishing in Astoria, Oregon. What inspired me to do this was my girlfriend, Lindsey Giles, who is one of the people riding "the whole way." After spending only 5 days with this amazing group of people my respect and admiration has only increased, for not only her, but for each person that participated in this adventure.

Let me start with saying that when I was told earlier in the week that I would be writing the blog this evening I thought, "Are you kidding! I just got here this week and I barely know these people." On top of that, it’s the last week of this adventure and I didn’t feel I could do justice to these brave souls and what they have endured and accomplished over the 9 weeks of this trip. But, as I reflected on it, it probably makes sense for the "New Guy" to do one of the blogs on the last week to bring a different 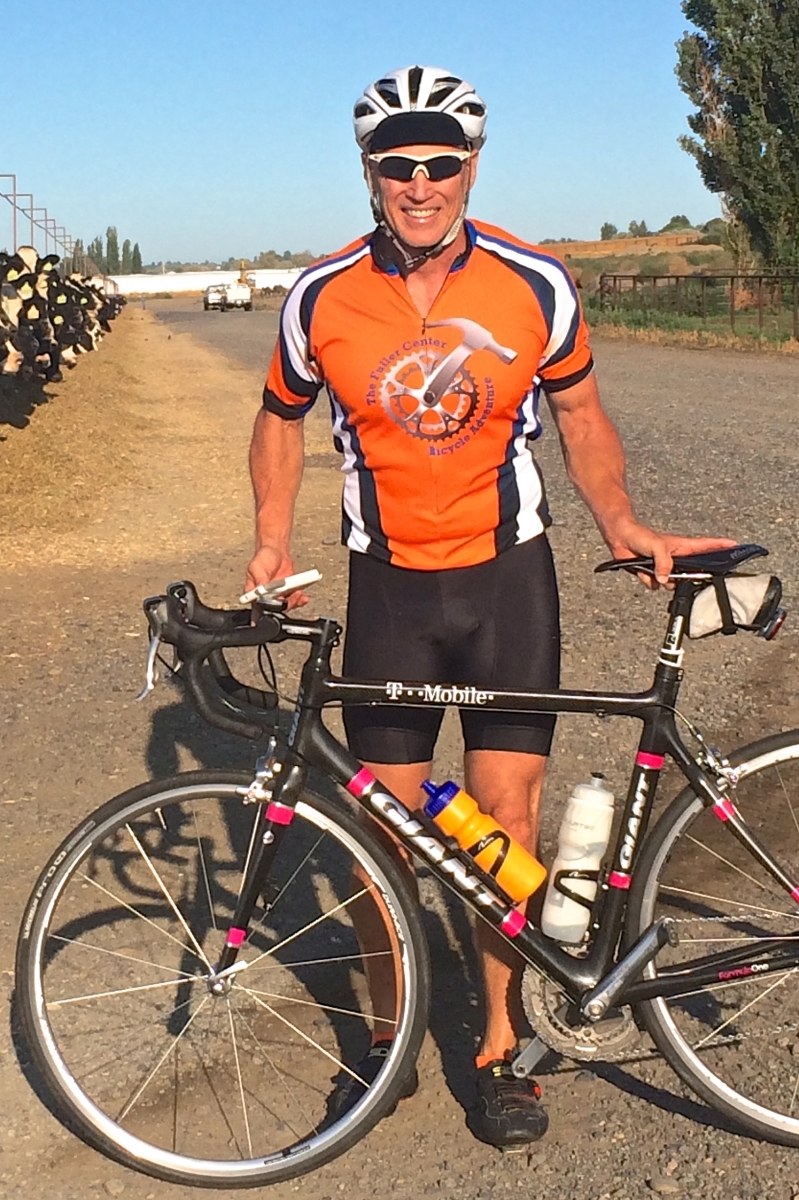 perspective about the trip and the people involved.

When I first got here I had the feeling that this group of people had become a family. And that includes all the good and bad that goes into having a family. Everyone had learned each other’s quirky habits and adapted to them. They looked after each other. And even though they would sometimes become frustrated with each other, you could tell they cared for each other. I believe that going through the rainy days on the East Coast to the windy days on the West Coast (neither good for someone on a bike) made this group’s compassion for each other stronger. I have also witnessed that as this trip comes to a close everyone is ready to get back home, to family and friends, to familiar showers and beds, to finally sticking their feet in the Pacific Ocean, and to say, "We made it," but thinking, "Let’s go home."

But I also witnessed a group having lunch together yesterday, talking about all the things they had seen and done, about the towns they had been to, and the houses they had worked on, of both the inspiring and hilarious stories they were telling about each person on the trip. And that would be my message to each of you crazy but wonderful fools that rode your bike from the Atlantic Ocean to the Pacific Ocean: remember all the good times and what you have accomplished for yourselves, for the Fuller Group, and for The Lord.