Tom Weber’s enthusiasm for The Fuller Center for Housing has been contagious since he signed up for his first Bicycle Adventure in 2011. And, now, it has spread through three generations of his Colorado family. 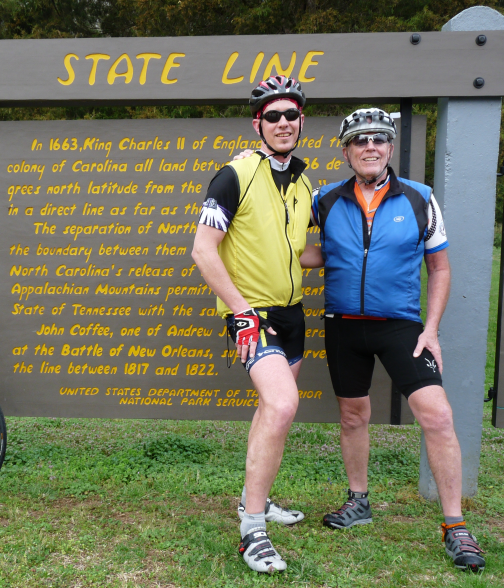 The 2013 Spring Ride down the Natchez Trace Parkway from Nashville, Tenn., to Jackson, Miss., will include three generations of the Weber family as son Matthew Bolz-Weber and 14-year-old granddaughter Harper Bolz-Weber will join him for the scenic journey March 16-23.

“I talk about The Fuller Center almost everywhere I am,” said Tom, who turned 70 during the East Coast portion of last year’s Bicycle Adventure.

“Both of his kids, Harper and Judah, who is 12, ride their bikes to school all the time,” Tom said. “And Harper, evidently, has talked to Matthew about the ride. Of course, I’ve mentioned it to her, and we’ve ridden together a little bit. Matthew told her he’d sign her up once she was able to do 40 miles on one ride. She hasn’t quite done that yet, but that shouldn’t be a problem. She’s done 30 or so. She’s excited about going.”

With two summer rides and a spring journey under his belt, Tom has become a veteran Bicycle Adventurer. But he said that does not mean he will leave Matthew and Harper in his dust.

“Anybody can keep up with me!” Tom said with the kind of self-deprecating humor that has endeared him to many riders over the past three years. He even refers to himself as Geezerman, though that hardly reflects his energy and passion for adventure and service. And Harper proudly proclaims to be “Geezerman’s granddaughter” on her fundraising page for the trip. 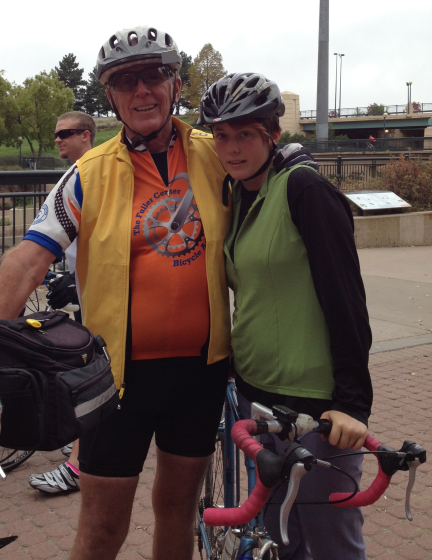 (Click here for all the individual fundraising pages for the Spring Ride, including Tom’s, Matthew’s and Harper’s.)

The trio will join at least two dozen riders on the second annual Spring Ride, a unique and peaceful trek down the 400-mile Natchez Trace Parkway, averaging about 65 miles per day. With a maximum speed limit of 50 mph for cars, no commercial traffic allowed and no stop lights or stop signs, there is ample reason why ESPN rated it one of “America’s 10 Best Biking Roads.”

There still is time for others to sign up for the Spring Ride as registration for the ride continues through Feb. 22. Meanwhile, registration for all or part of the 3,700-mile cross-country summer Bicycle Adventure from Savannah to Vancouver, British Columbia, also is under way. That ride will take place June 7-Aug. 11 and be divided into nine segments.

Tom, of course, will be along for the whole Summer Ride. Well, almost the entire ride.

“All but a week and a half of it,” he said. “My brother talked me into a fishing trip in Alaska, so I’m going to hop off the ride in July, go home, fly to Alaska and then come home and jump back on the ride.”

Even Tom’s breaks are adventures.

“It’s pretty awesome for an old guy,” he said.

To learn more about or register for the Spring Ride, click here.

To learn more about or register for the Summer Ride, click here.