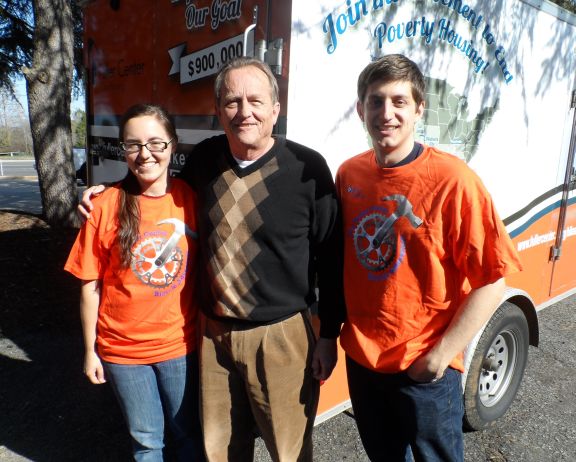 This year’s cyclists on the Spring Ride range in age from 14 to 85 and, as always, are raising awareness and funds for The Fuller Center for Housing’s work around the world. As The Fuller Center’s single biggest fundraising event since its 2009 inception, The Bicycle Adventure has generated more than $700,000 to build and repair homes for families in need. This year’s goal is surpass the $900,000 mark.

The cyclists will have a practice ride and orientation Saturday in Nashville before leaving Sunday on the first leg of their journey — a 56-mile ride to Williamsport, Tenn.

The Natchez Trace Parkway is considered the perfect route for the Spring Ride because it is accommodating to both experienced and inexperienced riders. Not only is the entire scenic parkway well marked as a bike route, but commercial traffic is not allowed and the speed limit for vehicles is 50 miles per hour. Also, there are no traffic lights or stop signs on the route.

Follow the Fuller Center Bicycle Adventure on Facebook for all the latest news and photos from the road.

Learn about the cross-country Summer Ride from Savannah to Vancouver, B.C.