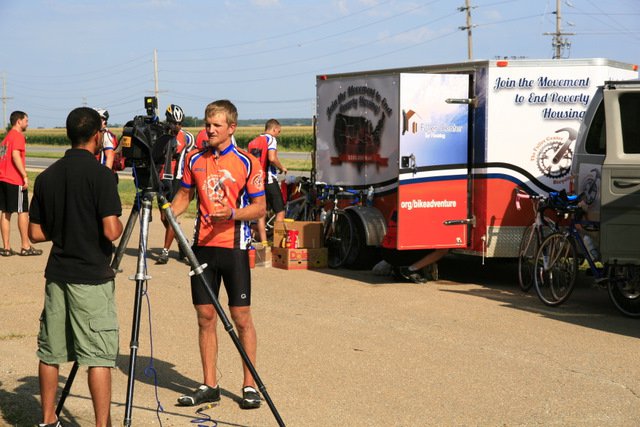 Did you catch the interview Fuller Center Bicycle Adventure leader Allen Slabaugh did Saturday with "The Brian Mitchell Show" on Washington, D.C.’s 106.7 The Fan? If not, you need to take a listen. After 3,000 miles and an awful lot of speaking opportunities with friends, groups and media, Allen has become quite proficient as a spokesman for The Fuller Center for Housing. Listen to Allen’s complete interview with Brian and co-host Scott Jackson by clicking here!

In case you’ve never heard of Brian Mitchell, he holds several NFL records and is a member of the Washington Redskins’ Ring of Fame. He also played with the Philadelphia Eagles and New York Giants and is considered one of the best all-around players the game has ever seen. (You can read more about him here.) He’s not just helping us spread our message — he also will be working at our end-of-ride build with the Bicycle Adventure team this 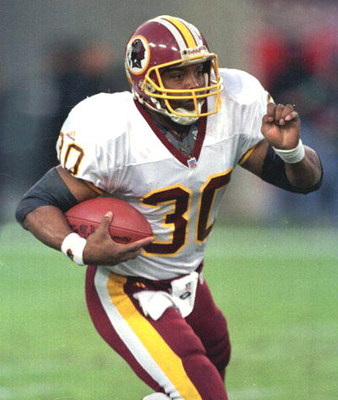 weekend. And, he notes during this interview that he’d like to be even more involved with next year’s ride, possibly even biking a stretch of it. We’ll have to see what we can do to make that happen!

Brian came our way via an old college friend, Beverly Black, who, lucky for us, just happens to be our director of donor development. Serendipity strikes again! Beverly helped get Allen on the radio. Now let’s see if she can get Brian on a bike!

Speaking of next year’s ride, Saturday also marked the unveiling of the 2012 route. If you missed that, be sure to watch the video announcement at this link. We’d love to have you join us, too, even if it’s just for a stretch or as a virtual rider. But you’ve got a little time to think about it. After watching this video, you’ll see that next year’s Adventure features a major twist!

Brian Mitchell won’t be the only one greeting the riders upon their arrival in Washington at the end of their 3,600-mile journey. Fuller Center for Housing co-founder Linda Fuller will be there to welcome them.

It’s been an amazing journey, from its rough and tumble start to the great amount of attention garnered and money raised for the fight against poverty housing. Ryan Iafigliola started this thing and is on the final segment of the ride. I know Ryan had high hopes for the Adventure program, but it just might have exceeded his hopes with about $485,000 raised since it started … not to mention engaging people in a fun way to address a serious issue.

I’d join in next year, but having America see me in a pair of bicycle shorts might be detrimental to our mission. Maybe I can start the Fuller Center Kayak Adventure!