More than 130 houses worldwide will be dedicated as part of The Fuller Center for Housing’s 2011 Millard Fuller Legacy Build, projects that include everything from new home builds to Greater Blessing repair projects.

Included in that number is the very first project for the Fuller Center of Berrien County, based out of St. Joseph, Mich., and founded last year. 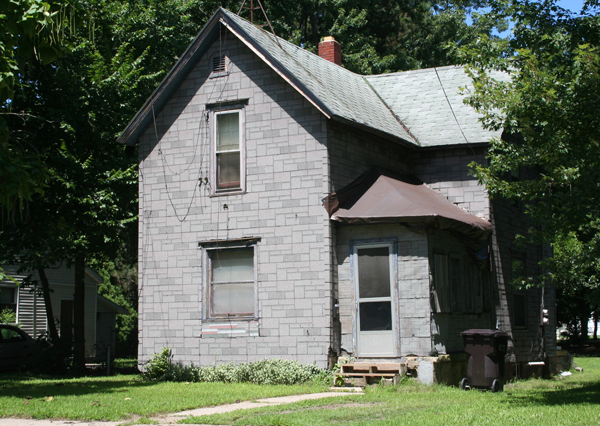 The months of organizing and fundraising will begin to pay off on Oct. 1, when the group begins work on the home of a hard-working Berrien County woman who owns her own home but has lost home insurance because of the poor condition of her roof. Berrien County Fuller Center Chairman Dan Teich describes the homeowner as “a very compassionate lady who herself understands giving.”

“She works for Comfort Keepers (which helps seniors continue to live independently in their own homes) and has a tenant living rent-free in the downstairs of her house while they get back on their feet,” said Teich, senior engineering manager at Whirlpool Corp. in Benton Harbor, Mich. “The roof was patched a few years back but needs to be re-roofed.”

Teich said the two-story home has a steep pitch, which means they will need specialized skill for the project, which will include replacing the roof’s decking in addition to the shingles, a job Vice Chairman and Construction Coordinator Phil Grogan estimates will take “two very full days” to complete. That won’t be a problem, however.

The roofing work is just phase one of a three-phase project he said. Once completed, phase two is expected to involve work on an exterior staircase to the upstairs living area. Phase three will involve repairing water damage incurred as a result of the roofing problems.

The beginning of the project and the formation of one of The Fuller Center’s newest covenant partners in Berrien County is the result of what some might see as a fortunate coincidence. But Teich sees it as divine intervention.

Grogan had experienced what The Fuller Center can do for families while on a mission trip, while Teich felt that a housing ministry was needed in Berrien County. A mutual friend – Jenny Fry, who is now the Berrien County Fuller Center’s Church Relations chairperson – connected the two, and a new Fuller Center covenant partner was born.

“God brought us together,” Teich said. “Phil and I did not know each other but had each talked with Jenny regarding our desire to answer a call to this type of ministry. Jenny introduced us, and we have both been able to use our unique gifts to gather a board and begin the work. It’s been amazing to see God’s hand in all this.”

Teich is eager to begin this project – not just to benefit this particular homeowner in need but to gather momentum leading to future projects.

“This will give us a practical completed project to use as evidence of our benefit to Berrien County,” Teich said. “It will give us a strong talking point for fundraising, and for the board it will be the justifying culmination of many months of hard work and perseverance getting to this point. It will also teach us what to expect with pulling a group of volunteers together and how to work with our homeowner partner during the project. I know that once it’s completed, we will all be energized to get the word out about Fuller Center of Berrien County!”

When it comes to pulling a group of volunteers together, it doesn’t get much bigger than the Millard Fuller Legacy Build, which will involve more than 300 volunteers at the main site in Minden, La., where they will build eight new homes and repair seven others. The Legacy Build is in honor of Millard Fuller, who died in 2009. Fuller was the co-founder of Habitat for Humanity and The Fuller Center for Housing.

It’s projects like the one in Berrien County around the United States and the world that make the Legacy Build a global undertaking that not only benefits more than a hundred families but also furthers awareness of The Fuller Center’s mission.

“To be included will be an honor for this covenant partner,” Teich said. “I know that through this, the reputation of us as a CP will be more widely circulated, and that is a good thing.”

To learn more about The Fuller Center for Housing of Berrien County, click here.

To donate to The Fuller Center for Housing, click here!