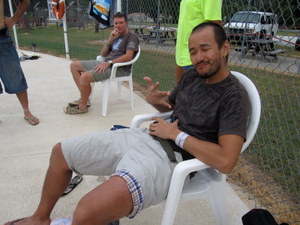 Hi everyone! Let me introduce myself since I don’t have a “Meet the Riders” video yet. My name is Aaron and I’m from Piscataway, N.J. So grab yourself a cup of coffee and make yourself comfortable, because I will blow your mind away with the best blog ever written in Bike Adventure History!

Yesterday, we bid farewell to Larry  and today we had two new riders Dave and Becky join the party. Today started off a little chaotic as we were lost for the first half of the day after leaving the First Baptist Church of Tallahassee. We were supposed to travel down the Historic St. Mark’s Rail Trail but instead took Route 319 all the way down to Eastpoint/Apalachicola. 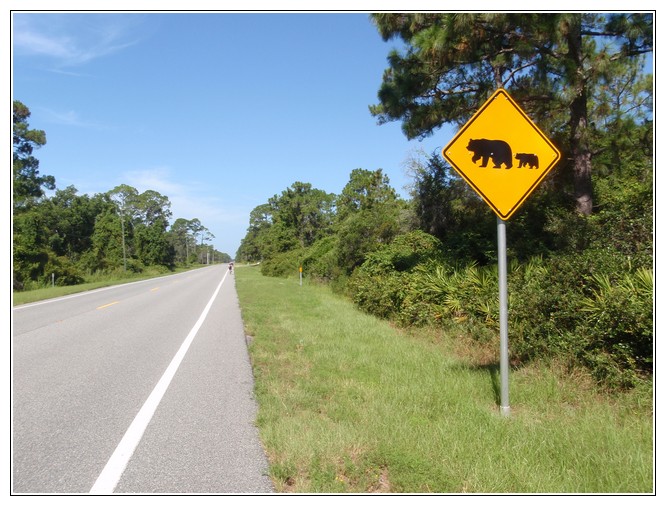 This route did prove to be entertaining with a road sign featuring a bear with a cub crossing. I’ve seen deer signs but a bear one was definitely new to me, especially in Florida. I was expecting a crocodile crossing or something of that nature.

We even ran into a parent of one of the youth we talked to last night at the First Baptist Church. She saw us stopped for a pit stop and pulled over to talk to us about how her 16-year-old daughter wants to do the bike trip next year and how either herself or the husband needs to come to chaperone her!

For most of the day we hugged the Gulf of Mexico on the Coastal Highway. So the 70 miles was quite easy and relaxed with minimal hills to climb. We enjoyed stretches of beaches and beach front houses. Ivan and I even took a little side trip to check out a pier on the way. 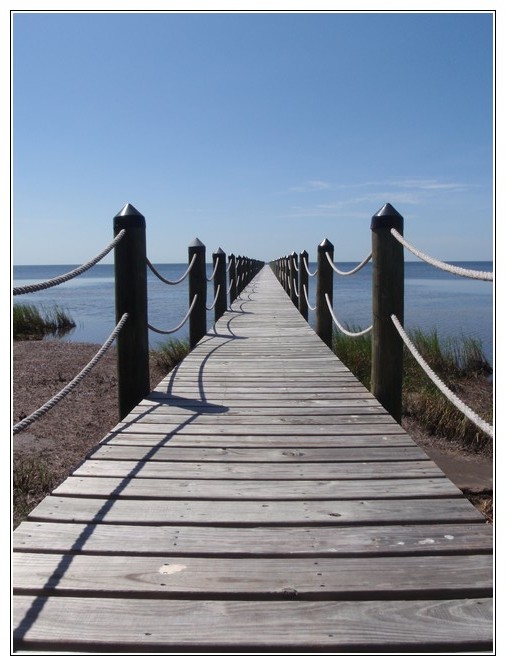 One of the highlights of my ride today was being able to help an Eastern Box Turtle cross the road. With the many roadkill I’ve seen enroute to New Orleans, to see a living creature on the road was quite the surprise to me. At first, I thought it was a rock and I was signaling my teammates behind me to veer away from it but as we got closer to it, I realized it was a turtle! I guess God would have it for me to come to save her from decorating the roadway being the turtle-loving guy that I am.

Today was not without incident though. Kyle got not one, but two more flat tires today (15 total). It seems his superpowers of making the most bullet-proof tires go flat gets stronger with each passing day. Not to be outdone, Ryan got one too to show that he is still in the running for the most flats for this trip (his total is 10). Ivan tried to show them up by taking a spill today and has some lovely road rash to show for it but completed the day like a champ.

We arrived safely to Church of God in Eastpoint. We were greeted by Pastor Scott and then drove off to the showers at the Franklin County School thanks to Coach Josh Wright. When we got back, Pastor Scott prepared us an early dinner of chili and salad which hits the spot after a day of riding. We chit-chatted with Pastor Scott and learned not only that it is his “29th” birthday but also about his way to communicate with the youth and how he uses Hollywood movies to relate it to their lives today. 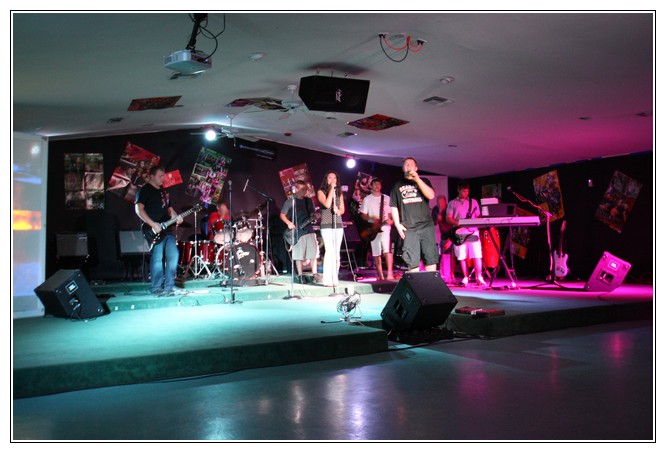 Later, we were interviewed by Dave from the Apalachicola Times. We talked about how things affected this town and how The Fuller Center could help rebuild it. Then, we were greeted by the youth group. They played some Christian Rock music for us. Pastor Scott even joined in with the group to sing! We thought we would be the ones to inspire them with our journey only to be moved as well by the musical talents of the youth ministry.

Time is running out to help Aaron meet his $5,000 fundraising goal–check out his personal campaign page here.

Aaron took all the photos on this page that aren’t of him. In fact he graciously donates most of his photos to the cause. He’s kind of a Bike Adventure photography hero/legend. Thanks, Aaron!


Time’s running out to send mail. One final stop: