The Fuller Center of Greater Atlanta’s dedication of a renovated home this Saturday at 2534 County Line Road in Atlanta won’t be just another Save a House/Make a Home success story for FCH Greater Atlanta President Mark Galey. 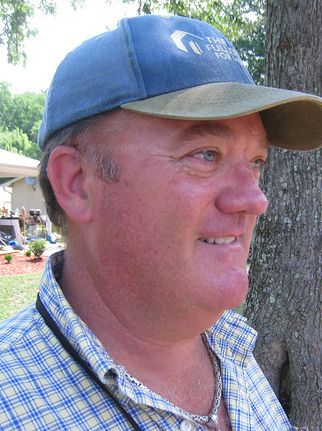 After all, he was one of the driving forces behind the whole concept of putting vacant houses to use, and the house they’ll be dedicating Saturday was obtained a couple years ago, well before the Save a House initiative officially launched this year.

“The reason I got involved with The Fuller Center is because of home repairs,” said Galey, president and founder of MRemodeling in Atlanta. “I said two years ago that the true economic stimulus is getting lights on in vacant houses and curtains in the windows.”

The small, three-bedroom, brick, ranch-style house that will now become home for Celeste McFadgen and her two young children – along with her brother John Beal and his infant daughter – was donated to The Fuller Center by Chase Bank. Among the many who have contributed to the success of this project are Team Home Depot, Atlanta Home Improvement magazine and ReClaim-It Atlanta, which has made reclaimed building materials and rescued paint available.

The Saturday’s dedication is set for 9-11 a.m. and will feature KISS 104’s Sasha the Diva as emcee.

Galey said having so many people come together in this effort is the result of continuing to charge ahead with The Fuller Center’s work.

“I’ve built a lot of good relationships, but more importantly, The Fuller Center does,” he said. “And because we continue to do, activity breeds activity, as Millard said.”