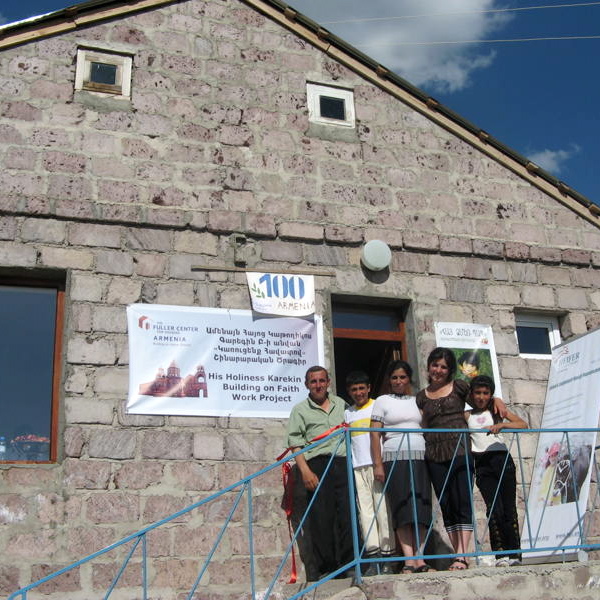 The Fuller Center for Housing of Armenia reached a milestone on Monday, dedicating its 100th house since beginning a partnership with The Fuller Center in 2008. The project is a testament to the great things that can result from charitable cooperation among organizations.

For 19 years, Senik and Karine Karapetyan and their four children were forced to move from place to place, struggling to withstand the bitter winter cold and keep their children healthy. They prayed daily for a better opportunity, but until last year the family could not imagine that they would soon have their own home, that their four children would wake up under a secure roof or that the Christmas of 2010 could be spent celebrating the realization of their dreams.

Senik and Karine were married in 1989. For many years, the couple lived with Senik’s father and younger brother. Senik provided the main income for the family by doing various labor jobs and animal husbandry. In 1994, the couple and their children moved out hoping to start their own home. Their savings were just enough to buy a doimc – a metal shipping container converted to a living structure that they did not plan to stay in forever. But a growing family and an economic crisis in the 1990s that brought increased prices led the family to lose hope that they would be able to build and live in anything but the domic. 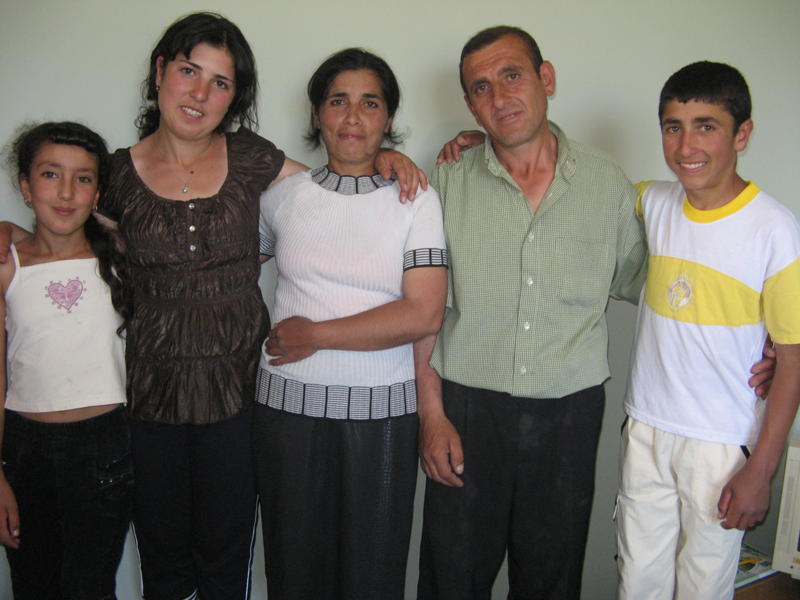 Things began to improve in December 2005. With funds provided by the Tufenkian Foundation and the Hye Dzmer Pap Foundation, the family obtained a piece of land on which to build a house. Further support from VivaCell-MTS and Tufenkian enabled the family to construct the foundation and walls of their home.

The Fuller Center stepped in in 2009 with a no-interest loan and several groups of volunteers that enabled the family to finally finish constructing their home. Two Global Builders volunteer teams helped with the house, and two more will travel to Armenia this year from the U.S. (Learn more about joining a trip!)

Thanks to a gift of 10 trees and a pregnant heifer from Heifer International made in 2007, the family now has three cows and successfully runs a small cattle farm. Their new home is the end of a long struggle and the beginning of a warmer, healthier and more prosperous future.

Learn more about The Fuller Center’s covenant partner in Armenia.