The Millard Fuller Legacy Build in Peru earlier this month changed the lives of families forever more — but not just those 10 families in the town of La Florida who now have decent homes. Just as changed are the lives of those who built the homes.

But that changed in the spring of this year when Jenna began searching for an adventure and Googled her way to The Fuller Center.

Having been inspired to help others after visiting a poor neighborhood during a trip to South Africa, Cowan’s determination to make a difference in someone’s life led her to Google the term “Mission Trips” in the spring of this year. That led her to The Fuller Center and put her in contact with Global Builders coordinator Hailey Dady. Dady and Cowan corresponded regularly by e-mail, and Dady hoped Cowan could join her on a June trip to El Salvador.

“My mother was extremely concerned about my wish to go to a country she didn’t know much about, with a small group of people,” said the 24-year-old Cowan. “She tried to talk me out of it, but I was too eager to give up.”

Mom offered up a deal, gambling that taking Cowan to Las Vegas and to see the Grand Canyon would take her mind off such foreign adventures. She said if Cowan would not go to El Salvador, she could instead tag along with her mother and stepfather to Vegas, which would be the same week as the El Salvador trip. Cowan agreed, but said if she was not going to El Salvador, she would go instead to the Legacy Build in Peru. Greco was certain that her daughter would forget about Peru.

And she was wrong.

“I thought I had heard the end of Peru, but once we returned home to St. Louis, the conversation picked up again,” Greco said. “She was determined she was going to Peru. I was concerned about her life, so I did what any loving mom would do: I volunteered her stepdad, Bob, to go with her. I never asked him; I just told everyone Bob was going with her because I was too afraid to go but didn’t want her to go alone.”

Meanwhile, Dady and Cowan stayed in touch. They shared a kinship beyond wanting to see the world and wanting to make a difference: They both had concerned mothers.

“Her mother had worries and concerns,” Dady said. “It’s very similar to mine and my mother’s roles with me very eager and wanting to do something to go make a difference, but with my mother having the uneasiness about my going out and going alone with people that you might not know.” 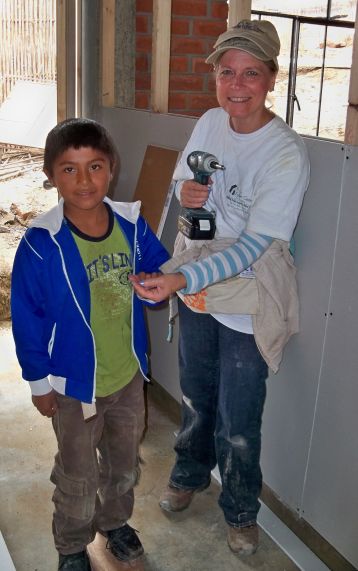 As Cowan looked for flights to Peru and planned a post-build excursion (visiting the Incan ruins of Machu Picchu), she could not get her mind off the pictures of families in La Florida who needed homes. True to form, her soft heart and enthusiastic spirit sparked yet another quest: Not only was she determined to help build a home for a family, but she also would raise the funds to sponsor one.

“I was completely surprised,” Dady said. “She emailed me and said, ‘I’m coming to Peru and I’m sponsoring a house!’ I was like ‘Whoa! Where did that come from?’ But it was really exciting because she was very excited about going and helping, and she saw that there was a need.”

“When I saw the list of the families needing a house and their pictures, it completely melted my heart,” Cowan said. “Immediately, I knew I wanted to help another family get a home.”

Because of Cowan’s effort, the Quiroz family (farm workers Luis, 24, and Yesin, 21, and their daughter Yaquelin, 4, and son Luis, 1) now live in a safe and decent brick home that is a far cry from their previous home — a shack made of bamboo sticks, plastic and animal manure.

And when Mom learned of Cowan’s plan and saw the determination in her daughter’s face, she took Bob’s place on the trip and joined her daughter’s fundraising efforts. Together, they sold pizzas, emailed friends and family and posted links on social media sites to raise the money.

“My 24-year-old daughter did the unthinkable,” Greco said. “She went above and beyond and totally blew me away.”

And it brought to mind a time several years ago when she missed an end-of-year celebration when her son Jeremy was in college. At the celebration, Jeremy was named Scholar Athlete of the Year.

“I told myself, at the time, I would never miss anything in my kids’ lives again,” she said. “And this was that time. I had to suck it up and be a big girl and go with my baby to Peru.”

Of course, The Quiroz family was impressed with the mother-daughter team who helped change their lives. But so were all the volunteers who met the duo of enthusiastic newcomers to The Fuller Center’s ranks.

“We need 20,000 or millions more Jennas and her mom,” said Dady, who finally got to meet her e-mail pal during the build in La Florida. “They have no experience on the build site, but their energy is exactly what we need. We need the heart to be willing to come and serve and learn. Jenna was so excited on the build site to be able to cut a board or drill a hole in the wall. She was so eager to learn everything and to interact with the family. She was so open to the whole experience of what Global Builders is all about.”

“Every day, I couldn’t wait to get to La Florida and wanted to be busy every minute I was there,” Greco said. “Even the little things like being a ‘gofer’ kept me up in the clouds. This experience went from Jenna funding a home to both of us funding a home and making a difference in someone’s life. I can’t wait to be able to go back and watch this little town turn into a city where people are proud to live and raise their families.”

“What Jenna and Christine did was just incredible,” said Fuller Center Director of International Field Operations Ryan Iafigliola, who also was at the Legacy Build. “With no previous experience and no money on hand, they made a commitment and jumped right in. They really created a splash — not only an awesome blessing and opportunity for the family but perhaps an even greater experience for them and their supporters.”

Among the many people who had the opportunity to meet Cowan and Greco on the build site was another volunteer who also sponsored a house. Bob Abel, a member of The Fuller Center’s Board of Directors, sponsored a house in memory of his late parents Fred and Kathryn, who died last year.

“I traveled to La Florida in what I thought was a peak state of inspiration until I met Jenna and learned her story,” Abel said. “What an amazing journey they were on, and it all started with a web search. I thank God they found The Fuller Center for Housing. Their enthusiasm and their experiencing a Fuller Center build for the first time was like a contagious force that infected others who were already experiencing infectious Fuller-itis.

“Just meeting Jenna and Chris and working with them convinces me that more and more people must learn about The Fuller Center because many need the spirited boost the mission can bring to their hectic lives,” Abel added. “Jenna and Chris certainly found that in their lives.”

For all that they infused into the Legacy Build as Fuller Center newbies, Cowan and Greco insist they got far more in return.

“I am very happy my mother was able to share this adventure with me, and there is no doubt in my mind it has completely changed her life as it has mine,” Cowan said. 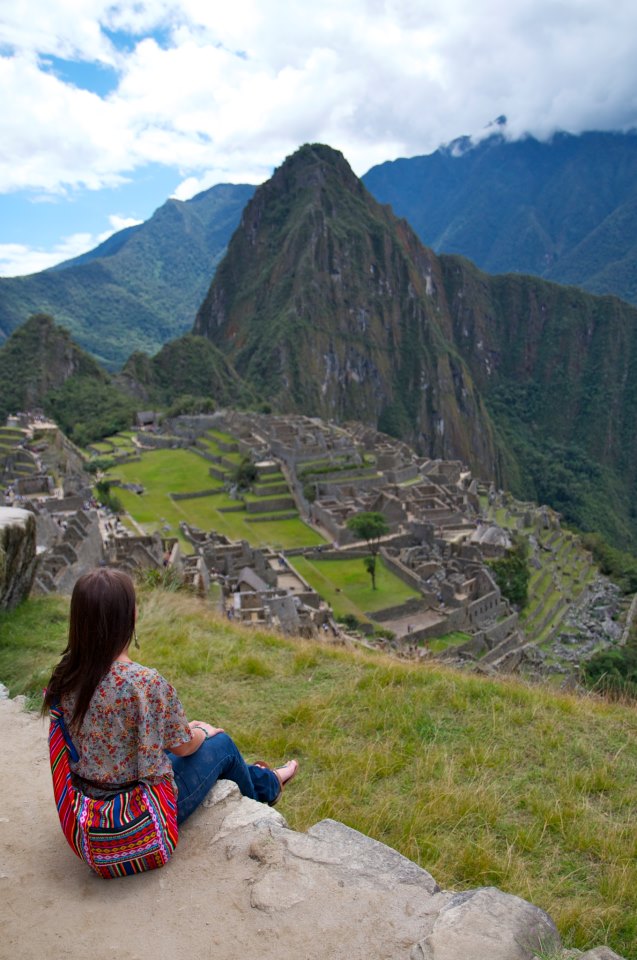 “This was the most memorable, life-changing, over-the-top trip I have ever been on,” Greco said. “The Fuller Center people were the most helpful, friendly, loving people I have ever met in my life. The Peruvians, even though we speak different languages, are the friendliest and happiest and most grateful, and the experience was awesome.”

It is obvious she has not come down from the emotional high she reached in Peru — or the literal high she achieved from visiting Machu Picchu, the Incan ruins that rest about 8,000 feet above sea level.

“My goals in life have changed, and I can’t volunteer enough at church functions, the neighborhood animal shelter and company community benefits,” she said. “I am forever grateful for meeting Hailey and Ryan and being part of such an outstanding organization. And, finally, I learned while visiting Machu Picchu the Incas’ motto was: patience, love and personality. I am trying to live by those words as they are imbedded deep in my heart.”

As for Cowan’s future?

“I definitely think we’ll be seeing Jenna again, which is a great thing for us and for families who need people like her,” Dady said.

“I am definitely interested in doing another trip in the future,” said Cowan, who has her eye on India, among other possible Fuller Center Global Builders destinations. “And now I have new Fuller Center friends to keep in contact with. When I accrue enough vacation at work, I’ll be planning my next trip through The Fuller Center. I’m so blessed to have had the chance to experience and take part in something so amazing. I cannot say thanks enough.”

Your donations help change the lives of families around the world through the empowerment of home ownership.