Last weekend, Americus-Sumter residents rolled up their sleeves and worked on 11 housing projects as part of Faith in Action, a campaign that challenges church congregations to volunteer on Sundays.

Their efforts gave meaning to this movement’s bold slogan, “Don’t go to church, be the church.” 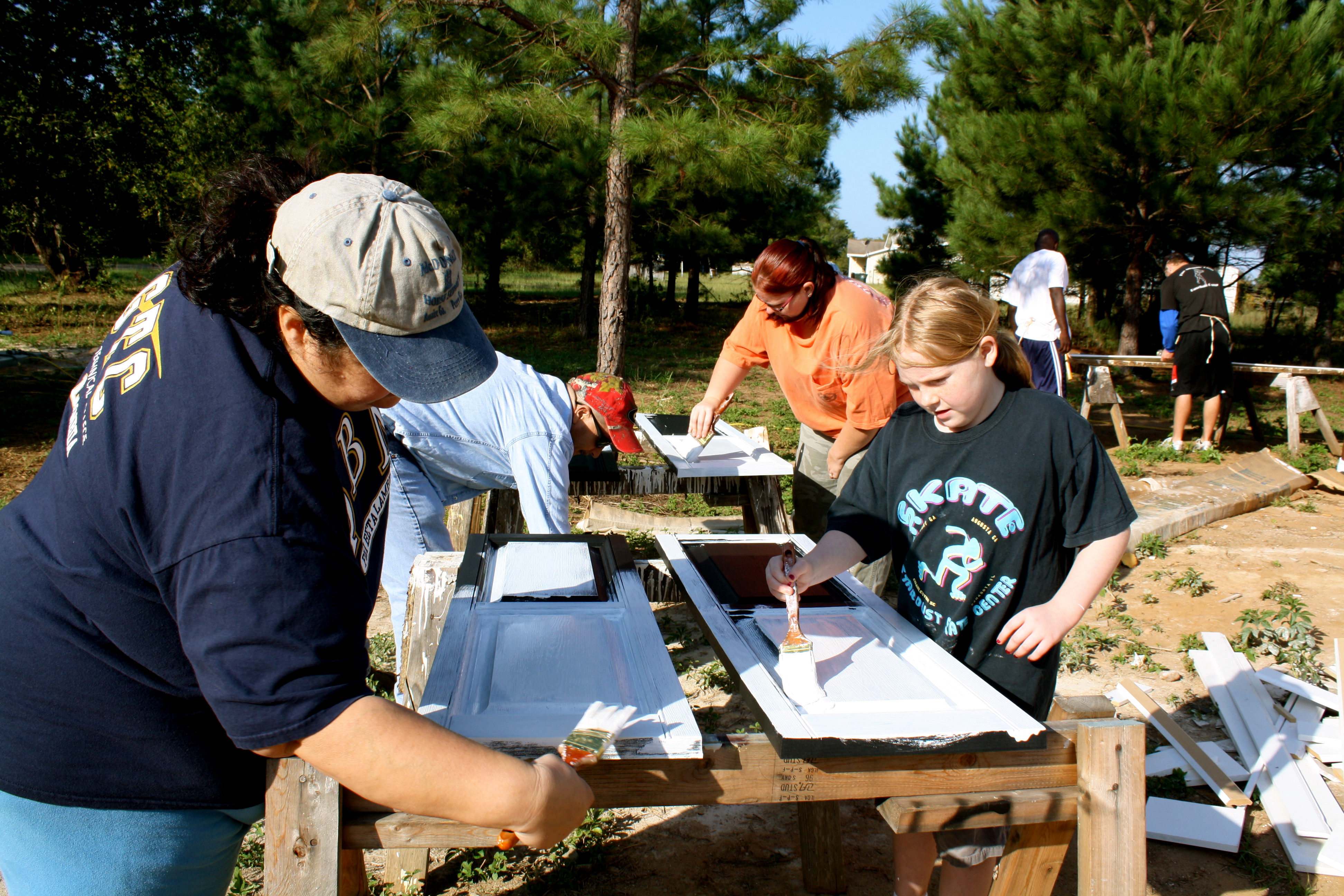 “It was an incredible opportunity to make a very tangible impact in the lives of our neighbors as we brought the community members face to face with their neighbors,” Director of Americus-Sumter Fuller Center Alyssa Hostetler said.

“This weekend we built wheelchair ramps, replaced rotten siding, sealed drafty windows, built relationships, and tore down social barriers … It’s amazing to see how powerful the church can be when it lives out the servant teachings of Jesus rather than just gathering to debate them once a week.”

Hostetler, along with New Horizons Habit for Humanity director Joel Kellum, partnered with volunteers and homeowners to organize the community event.

Volunteers said they enjoyed the organized effort to get congregants out of the pews.

“We’re actually helping somebody get into a home of their own. Money can’t buy that feeling. When you try to help someone who is bettering themselves and all they need is that extra little hand – that’s what God put us here for, and that’s what we’re here for,” volunteer Pauline Stewart said. “You can’t beat that feeling.“

Faith in Action volunteer Deborah Clayton said she moved into a Habitat for Humanity home on Mothers Day in 1995, and still clearly remembers what it was like to be on the other end of that equation.

“I thanked God for it, and Millard Fuller and his wife, and all the wonderful volunteers that worked on my house … I appreciated them also,” she said.

Despite the fact that 18 years have passed since then, Clayton still pays her appreciation forward to new Fuller Center and Habitat for Humanity homeowners.

“Whenever I get a chance to, whenever they need me to volunteer, I’m here,” she said.