54 beautiful miles today on the trail of the Coeur d’ Alenes. The first hour was with a group of seven cyclists cruising in a pace-line at 22-23 mph. The second hour + was more relaxed as we enjoyed the sights of one of the most beautiful places on earth. 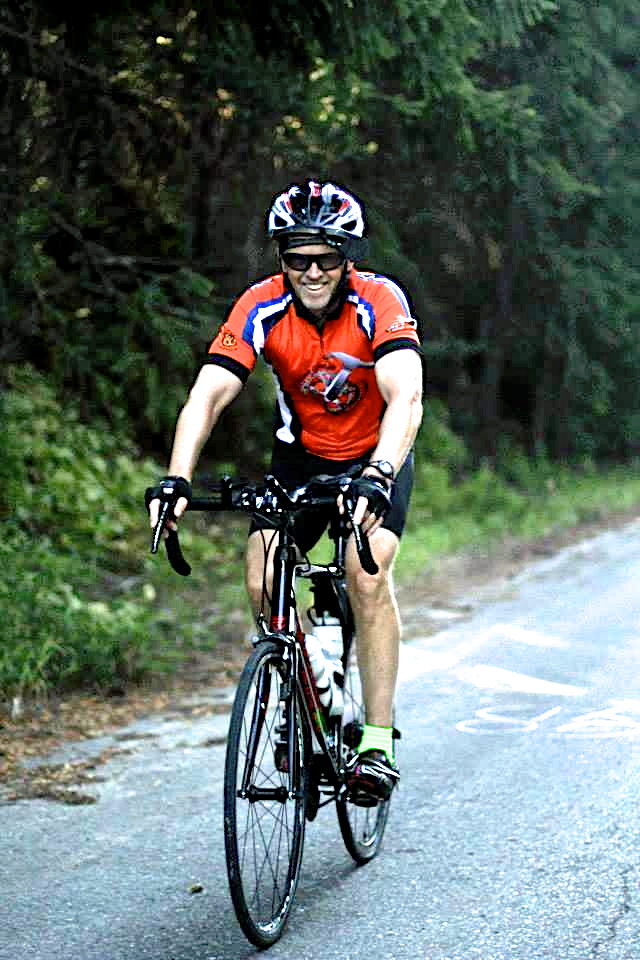 The second hour also included the highlight of the ride today. New friends Gerry, a Scottish Australian, and Everett, a large black man from Ohio, Steve Hopkins, and myself were enjoying the ride together and the Scottish Aussie started singing Amazing Grace. The rest of us joined in and enjoyed singing the song together. I do believe that is the first time I’ve sung an entire song, with three men, cruising at 18 mph on two wheels. The ride ended in Plummer. A relatively easy and short ride today will be followed by 94 miles into the L/C Valley tomorrow. We will start at day break in an attempt to beat some of the heat.