On one hand, “Beth” marveled at everything her costly new refrigerator could do. Not only could it chill food and make ice, but it also had enough technology to land on Mars. 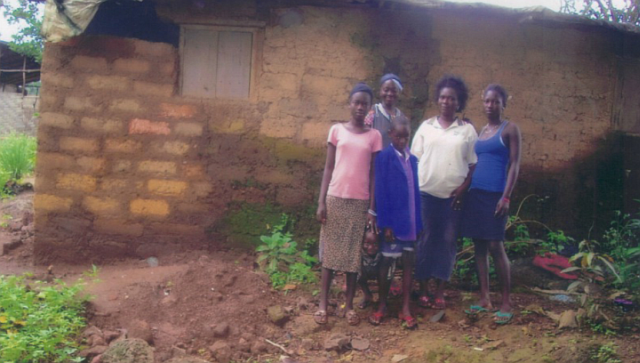 At the same time, as a longtime supporter of The Fuller Center for Housing, Beth also knew there were so many around the world who had so little. So, in addition to her many other contributions, she decided to make a one-time donation equal to the cost of her new appliance.

Meanwhile, a world away in Sierra Leone, Kadie Kawa turned to The Fuller Center for Housing of Sierra Leone for help.

Her husband, Sidique Kawa, was a hard-working mason, who not only took care of Kadie and their four children and also housed extended family members who had been displaced by Sierra Leone’s bloody 1991-2002 civil war. In all, 19 people lived in a small two-bedroom home that was allocated to Sidique as part of his employment.

Sidique turned to The Fuller Center for help with his project to build a larger home. But Sidique died in 2007, and construction ground to a half. Worse, Kadie and her family were booted out of the two-bedroom home six months after Sidique’s death and were forced to rent a shack unsuitable for occupation. Nevertheless, they lived there for five years while Kadie quarried stones to eke out enough money for her family to eat. 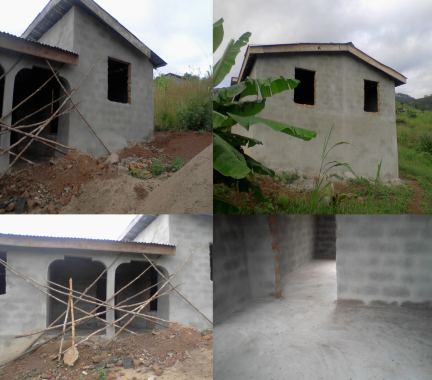 She turned to The Fuller Center of Sierra Leone for help in finishing the project her husband had started. And she did so at the right time as FCH Sierra Leone Executive Director Isabel Johnston had learned of Beth’s wish to help people whose lives had been devastated by the blood diamond trade that funded rebel fighters during Sierra Leone’s civil war. Beth’s $2,000 donation allowed the work to be completed.

Now, Kadie and her immediate family are living in a safe and decent home and are able to continue Sidique’s dedication to extended family members as they strive to get their lives back on track a decade after the civil war that devastated the nation.

“We say ‘tenkie, tenkie’ for your labor of love,” Johnston wrote in a letter of appreciation to Beth, who does not wish to be publicly credited for the donation. “We see this donation as unique from one beautiful woman in a far-off land to another beautiful African woman — whose strength, faith, courage and perseverance made her story outstanding in that she never gave up.”

You, too, can help make such dreams come true.
Click here to learn about our many donation options.