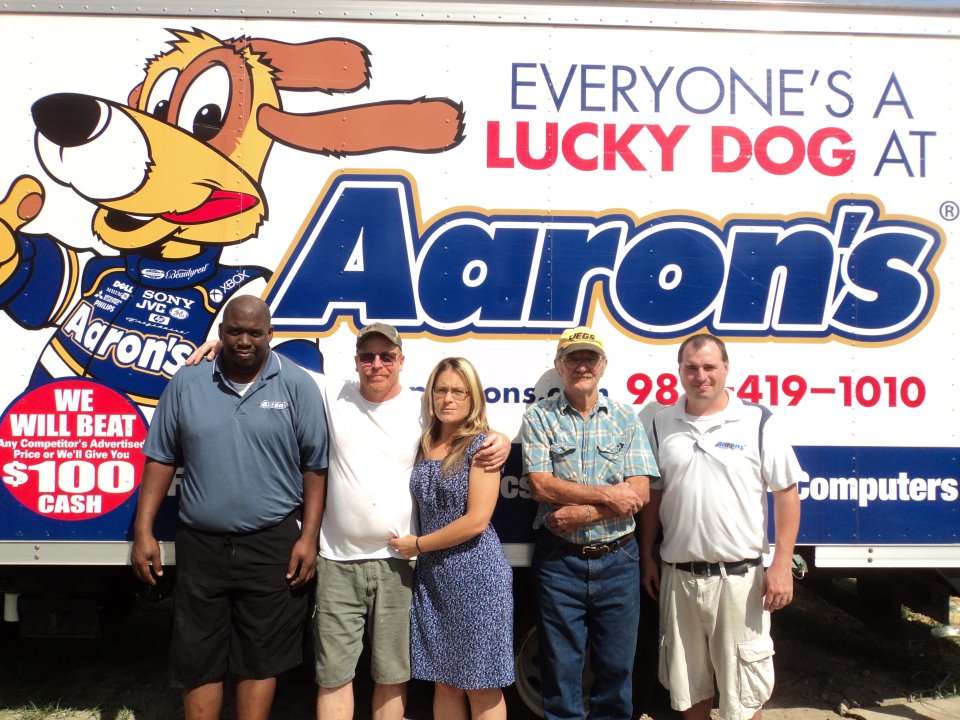 The Joe Monistere Build was dedicated on Saturday in Hammond, La.

Aaron’s also has pledged to furnish refrigerators and stoves for all eight new homes being built during the Millard Fuller Legacy Build in Minden, La., Oct. 17-21.

The company’s recent involvement with The Fuller Center for Housing also includes a recent donation of furniture to the Fire Station No. 9 renovation project conducted by the Greater Atlanta covenant partner in June and the donation of appliances for last month’s Chattahoochee Fuller Center’s joint build with Lanier Health Services in Lanett, Ala.

Aaron’s – the nation’s leader in the sales and lease ownership and specialty retailing of residential and office furniture, consumer electronics, home appliances and accessories – has more than 1,800 company-operated and franchised stores in 48 states and Canada.

The Fuller Center for Housing would like to thank Aaron’s Inc. for its continued support of our mission to eradicate poverty housing.