Just over a year since the May 22, 2011, tornado that leveled much of Joplin, Mo., the Joplin Area Fuller Center for Housing is ready to build its first new home. They’ll do so by using funds from the $1.5 million Joplin Recovery Fund grant being shared by eight other partner agencies working in the area. 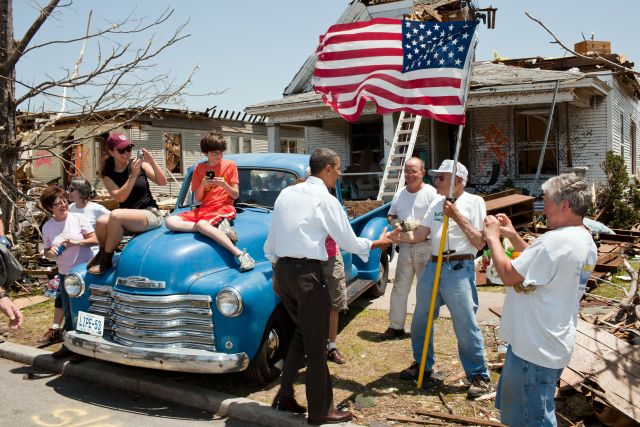 Project coordinator Randy Crane said that a married couple in their 40s will be the homeowner partners and that construction is expected to begin in June.

“They’re long-time Joplin residents,” Crane said. “They were in an apartment complex that was wiped out in the tornado and relocated with her mother in a run-down mobile home. They’d never owned a home before, but they both have good work history. They’re looking forward to being first-time homeowners.”

“We are excited,” said Joplin Area FCH director Bob Barker, whose group became a Fuller Center partner in late 2011. “I sent an email to the board of directors the other day saying that what had been a hope and a dream is now becoming reality. We’re getting down to the hands-on work, the hammer and shovel and everything that’s involved with building.”

Coming on the heels of the one-year anniversary of the tornado that killed 161 people and damaged an estimated 7,500 homes, it’s symbolic of the community’s determination to move forward but also of the Joplin Area Fuller Center’s dedication to The Fuller Center’s over-arching mission of empowering people through home ownership.

“It’s a gratifying feeling when you look out across the barren lots to know that we’re going to be able to put a house back where there was total devastation,” Barker said. “But our goal is to be here long-term, and the exciting thing is that we’re giving renters who’ve always dreamed of owning their own home that opportunity.”

Click here to learn more about the Joplin Area FCH and to support their efforts.