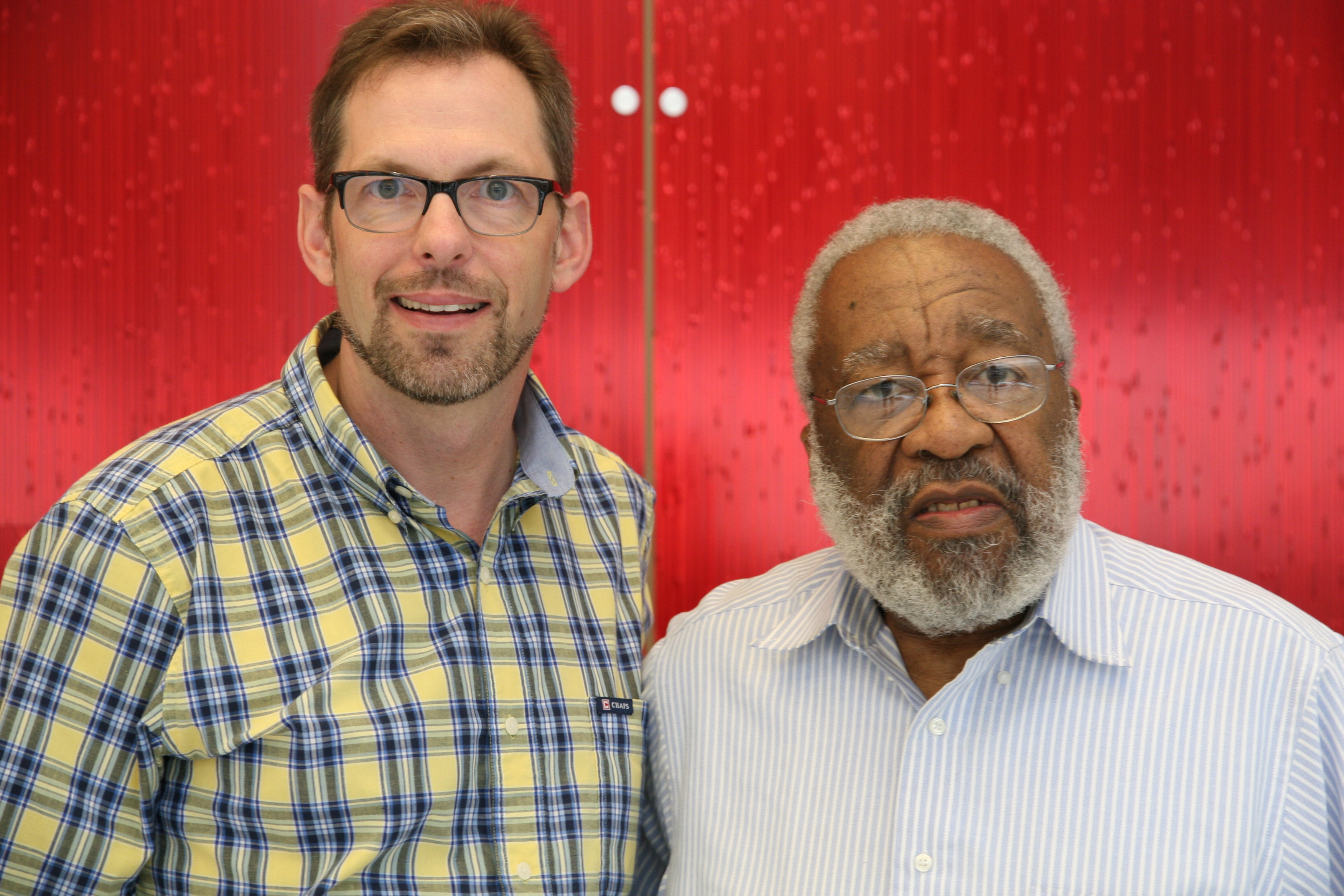 There are many metaphors for life’s journey.  One might be a race.  We are born on a starting line and we run as fast as we can to receive victory at a finish line.  We ask for the Lord to guide our feet as we run this race.

But I prefer a different image of life as a ride on a train.  We board knowing and appreciating that the train has been to many places before we climb on board, and the train will travel on when we get off.  Today, I had the tremendous privilege and honor to ride with Dr. Vincent Harding, an 81 year-old Mennonite who was a personal friend of Clarence Jordan and Martin Luther King Jr. Vincent was a speech writer for Dr. King and the first director of the King Center.  We met at historic Morehouse College in Atlanta.  In the early ’60s he worked with Mennonite Central Committee helping various Civil Rights efforts in which he describes as an ongoing and never ending democracy project.  Vincent Harding is an icon of the Civil Rights Movement although he rejects the term "Civil Rights Movement" because of its chronological limitations to a process and struggle that continues to this day.  He continues his ministry through teaching and a Veterans of Hope project that collects stories and works toward reconcilliation during our contemporay times. 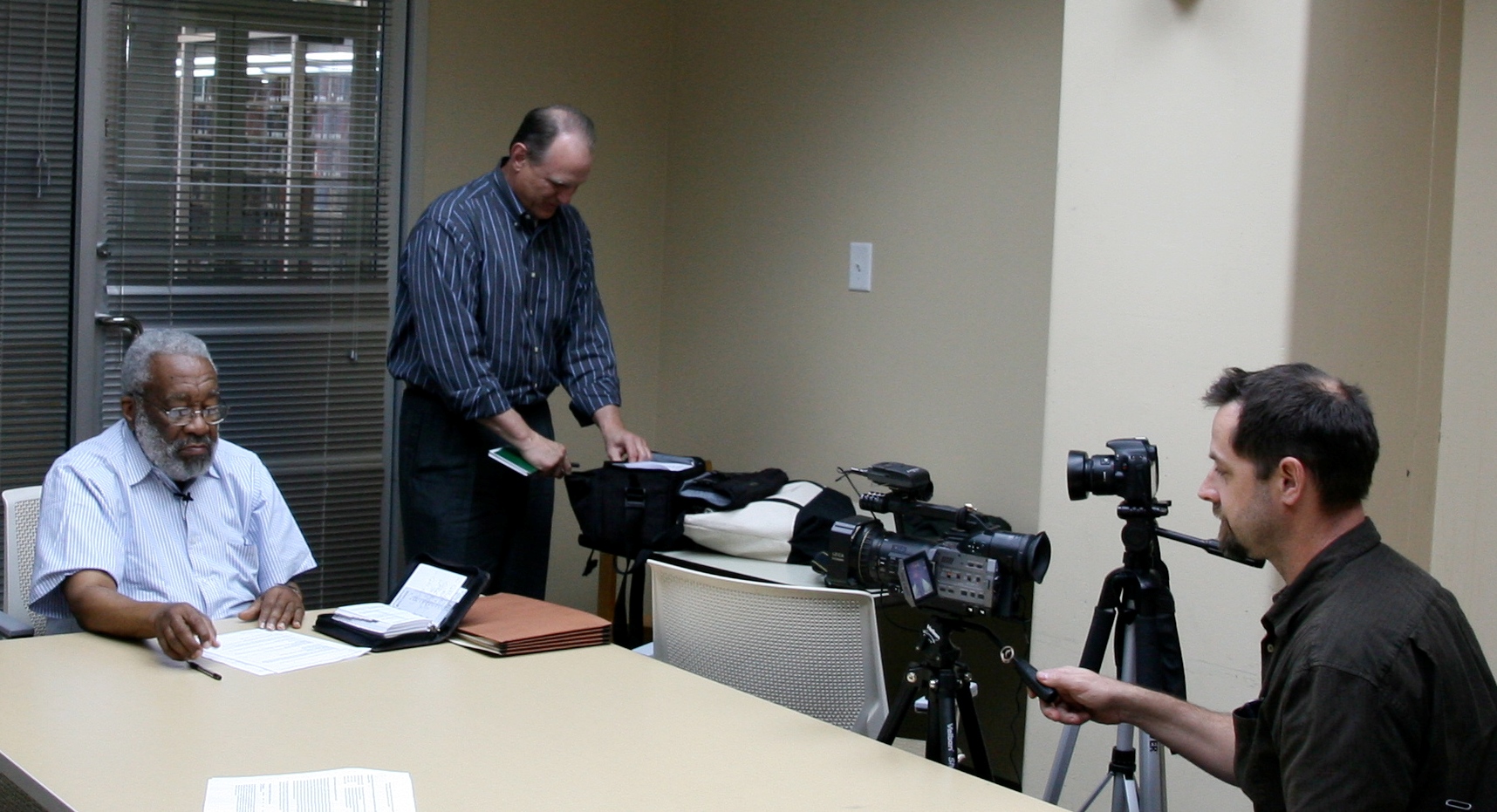 When I learned from Clarence’s son, Lenny, that Vincent had helped arrange for the one and only meeting between Clarence and Martin, I knew that we could clear up some of the mystery about their relationship.  I asked John Pierce, editor of Baptist Today, to write a story about the meeting as it has never been published.   We had a wonderful time and I’ll be sharing the link to the article and some video of today’s conversation in the coming days.

There have been many inaccurate stories published and some of them have been cited in academic and other publications.  Vincent’s story will be breaking news, and this is a wonderful product of the upcoming Clarence Jordan Symposium. The Symposium will bring together many theologians, historians, artists and agriculturalists who will reflect on the meaning of Clarence’s life and the Koinonia Farm community celebrating Clarence and Florence Jordan’s 100th birthday and the 70thanniversary of Koinonia.  Our own David Snell, president of The Fuller Center for Housing, will be presenting on the history and future of the affordable housing movement that grew out of the expression of love for Jesus both King and Jordan demonstrated with their lives and was made possible by Millard Fuller’s passion for the cause of providing shelter for "all of God’s people in need of at least a simple decent place to live."

John Pierce will share the details of our conversation, but I’ll give you a teaser:  The purpose of the meeting between Dr. Jordan and Dr. King was an attempt by Jordan to talk King out of using boycotts as a weapon as they began to develop as a strategy during the Albany Movement.  As a victim of a boycott, Clarence knew firsthand how much harm they could cause and this seemed to be a contradiction of his interpretation of Jesus’ ethic that demanded we love our enemies.  King was convinced the boycotts were a necessary and loving tactic so unlike the vitriolic politics we see today; the two agreed to disagree and never lost their deep respect and admiration for each other.

I never had the honor of meeting Clarence, but Millard Fuller made him my spiritual friend.  I did meet Martin Luther King, Jr. but I was too young to recall the encounter.  In 1964, my father was holding me in his arms when I was one year old in an airport terminal in Chicago.  When he recognized and confirmed that he was indeed seeing Dr. King walking alone to the gate, my dad ran up to him and said, “Dr.

King, I would like to thank you for all that you are doing.”  King stopped, and asked my dad who he was and while they were talking he reached down and patted my head and smiled.

I obviously don’t remember that happening, but it has been an important part of my journey.  I like to think of Martin Luther King looking down at a young child, so innocent and unblemished by the sins of racism and the politics of the environment.  As an adult, I’ve never wanted to disappoint that smile.  I’m sure I have from time to time, but this is part of the journey that began before I was aware.

I’m so thankful for Dr. Harding’s generosity in sharing his time and this unpublished account of the meeting between my spiritual friends, Clarence and Martin.  I hope that you will join us for the ride at the Clarence Jordan Symposium.  I’m confident that you will feel as much joy as I do today.