Last winter, my friend Jenny Purtill suggested that I read a book called "Home to Harmony" by a Quaker pastor named Philip Gulley. I immediately fell in love with the fictional story series about a pastor of a Quaker meeting house in a small town called Harmony. Soon our whole family was reading all things by Gulley, including some very wonderful and challenging theology books.

When I read that Philip Gulley was influenced by Clarence Jordan, founder of Koinonia Farm and the man Millard Fuller often called "his spiritual father," I contacted him and introduced myself and thanked him for his writings.

When I discovered that I was coming to Gulley’s nonfictional home town for the Legacy Build, he invited me to attend his service (which Quakers call "Meetings") and he offered to take me out to lunch. Many of my Mennonite friends started sending me Facebook messages of jealousy and I got more and more excited about this opportunity.

Fairfield Friends Meeting was started in 1826, when Quakers from North Carolina moved north to escape the slave economy of the South. In 10 years, nearly 18,000 Quakers left the South and settled in Ohio and Indiana. By 1850, it was estimated that more than half of Indiana’s population was descended from North Carolina Quakers. A small number of families were given the responsibility of starting a new meeting, which they did on Aug. 5, 1826, in a log structure, at the present site. Several members of the meeting are direct descendants of those original founders.

Kelli Yoder and I were greeted at the door by Philip’s wife Joan who said, "We were expecting you!"  I had never experienced a more friendly congregation. The music was wonderful and everyone laughed when moments after they entered into silence, it was disrupted by a toddler who yelled, "UH OH!!" We were embarrassed to have to turn away a couple of invitations to lunch, saying that we already had an invitation from the Gulleys. 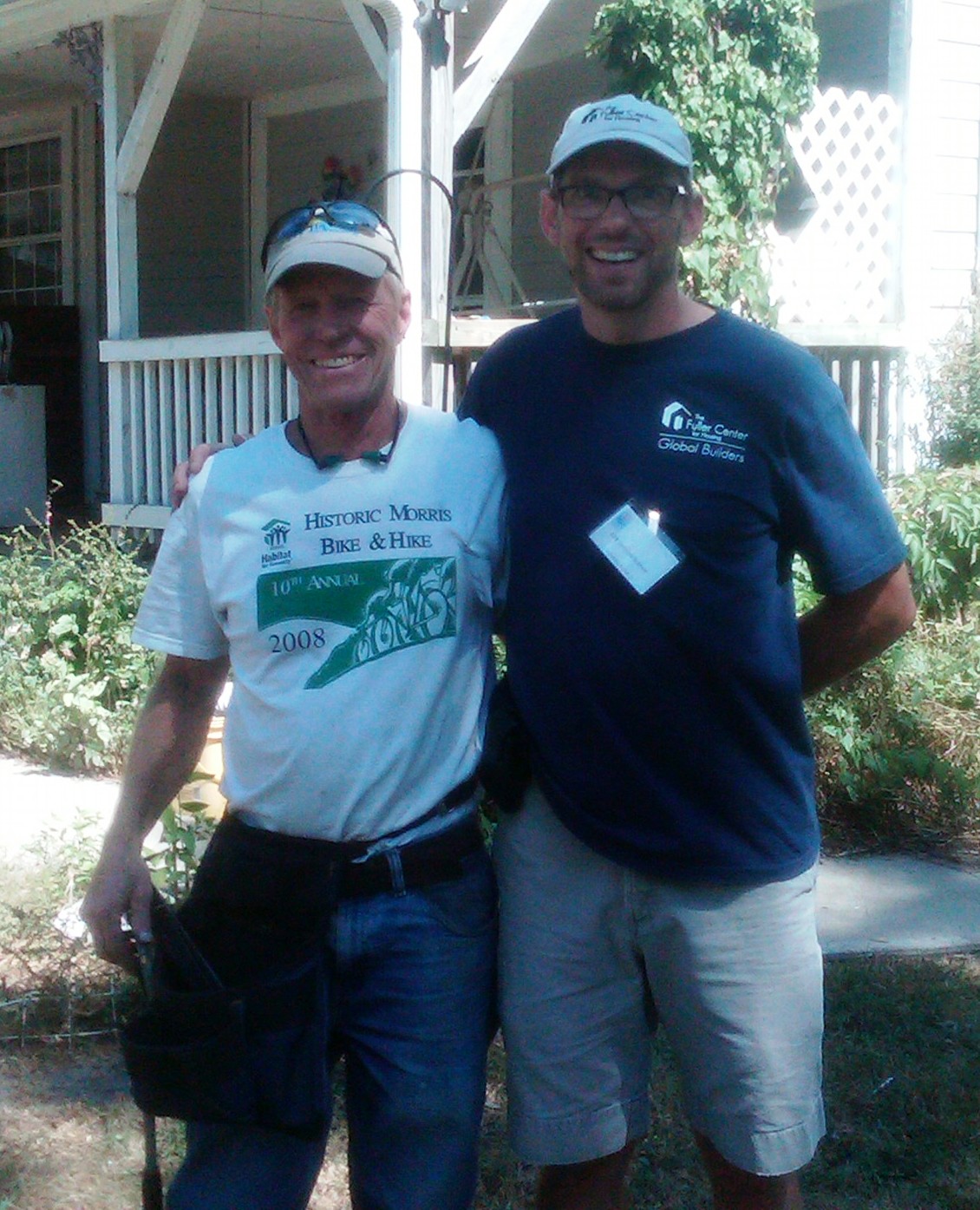 I thought that this was a perfect metaphor for a Fuller Center build. For each family that moves into their house, hundreds of people contribute to a project. This week there will literally be thousands of volunteers involved! Many of these volunteers have been attending Habitat builds and Fuller Center builds for decades.  Each build is like a housing movement alumni reunion. This fellowship reminds me of Paul’s prayer for the Ephesians when he wrote about God’s children as one big family:

For this reason I kneel before the Father, from whom his whole family in heaven and on earth derives its name. – Ephesians 3:14

After a great lunch with Philip and Joan and another couple from their meeting, Kelli and I picked up our Americus friend Wallace Mays from the airport and headed onto the registration and orientation event.

I was so excited to learn that my old friend Mark Bippes from Lake Hopatcong, N.J. would be the house captain for one of the Greater Blessing projects. 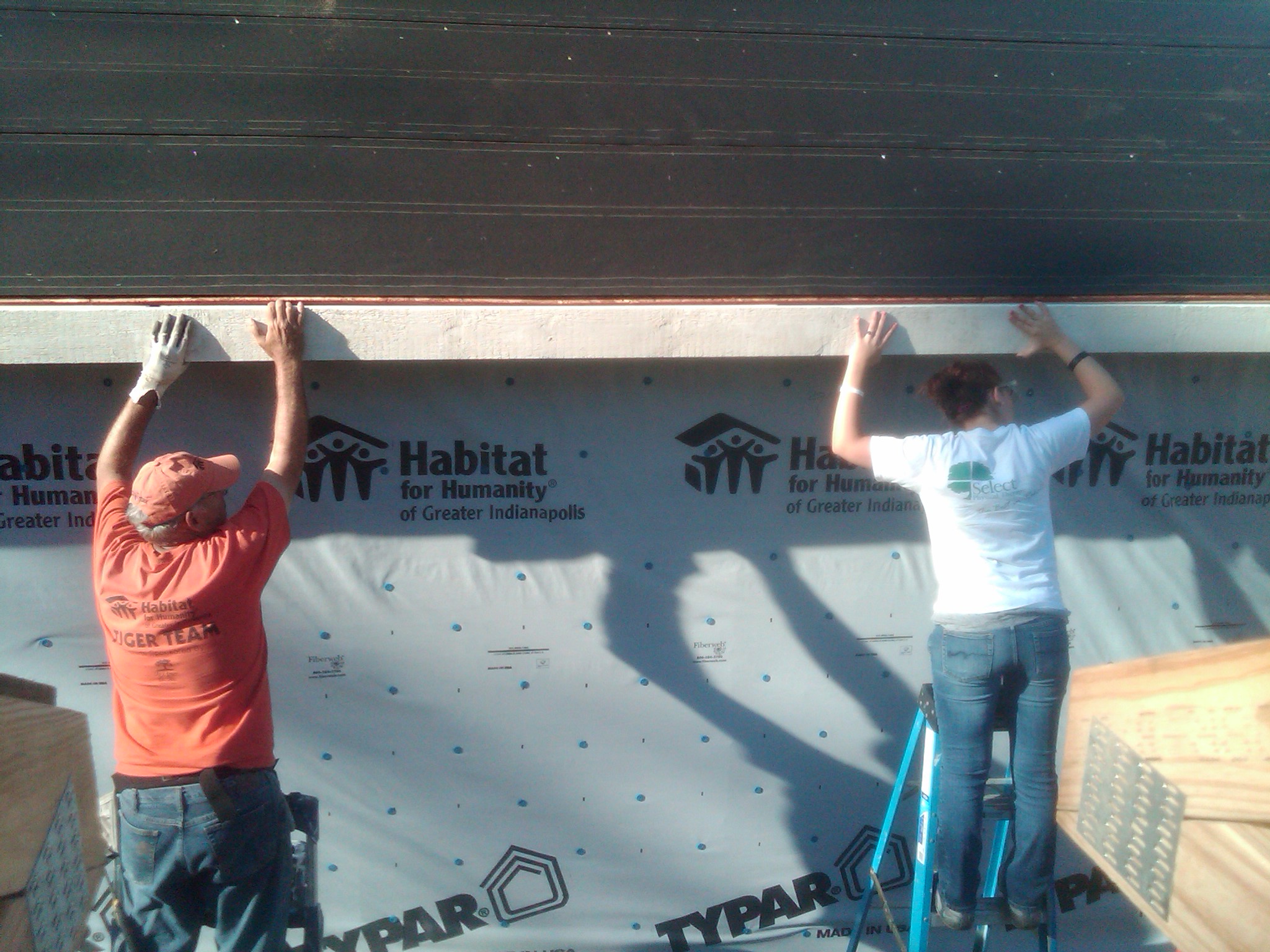 Mark and I have been working together since 1990 when he first showed up at Almost Heaven Habitat for Humanity as a volunteer construction manager for our college spring break program.

Today, as Mark was figuring out a way to rig up some old window frames to replace some missing windows on a third floor gable, I asked him what motivates him to do this year-after-year.

He told me the size window he needed for the frame and then said, my motto is Matthew 5:16, Let your light shine before men, that they may see your good deeds and praise your Father in heaven.

He said, "I love working with and teaching the volunteers, but I’m like you Kirk, I can visualize how this perpetuates itself."  He went on to remind me of the early days of our efforts in West Virginia. "We would look at what resources we had every Monday, knowing that it may not be all that we needed but it was enough to move us a little further down the road on our journey to create a better community."  With Philip’s sermon fresh in mind, I said that it took a lot of people to make the organization a success, but Mark’s observation was right on. We need to see Kingdom works in our small efforts because they do add up exponentially. 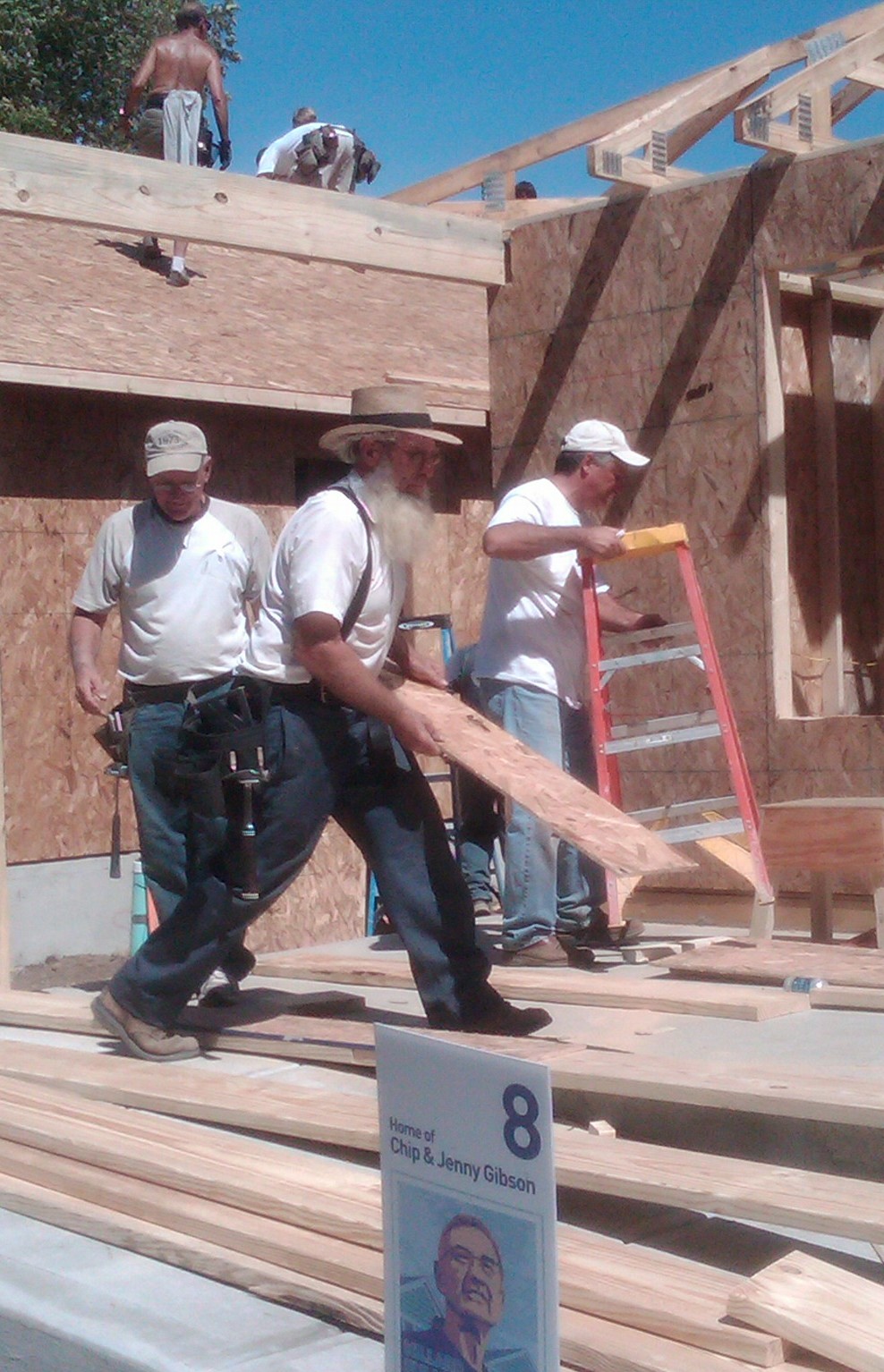 Millard used to say that the affordable housing ministry is "God’s movement" and a slogan was "helping God’s people in need." God’s family is diverse and loving. When one of our family members is in need, we do our best to meet that need and challenge others to jo in us in the effort. We give God the credit for any success and collaborate whenever possible.

The 2010 Legacy Build is no different. If you join us at Fountain Square, you will find us building new homes, repairing and rennovating existing homes with Habitat for Humanity of Greater Indianapolis, volunteers from business, all types of churches and teams of vounteers from our incredible partners at Southeast Neighborhood Development (SEND).

As the build continues throughout the week, I will be blogging about what is right with the church.

Please feel free to e-mail me with your own thoughts and observations. I’ll be sure to post them so others can read them as well.