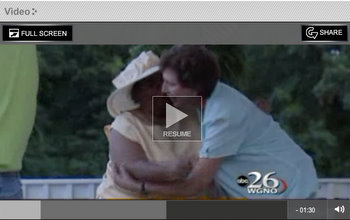 After five years of waiting, Delores Black has a new house, built by the Northshore Fuller Center for Housing.

On Aug. 29, 2005, Hurricane Katrina caused the Mississippi River to flow over the levee, and destroy the humble home she’d lived in for 49 years in Belle Chasse, La.

“The police came into our neighborhood and said it was mandatory that everyone had to leave,” Black remembered. She, two children and two grandchildren headed to temporary shelters—first in a high school, then a convention center—in Baton Rogue set up for hurricane victims. She said living in the shelter was the most difficult part of the weeks following the storm.

“Victims were carrying on–it was terrible. There were thousands of people,” she said. “If I would have to leave again for another storm, I wouldn’t want to go to another shelter.” Her daughter Beverly brought her to Atlanta, Ga. where she stayed for two years. But she wanted to go back home where she could take care of her family.

Her neighbors—most of whom are relatives—received trailers from FEMA, but Black was turned down. She isn’t sure why.

“They told me all kinds of things,” she said. “They just gave me the run-around.”

After a year or so of failed efforts to find an affordable option, Beverly stumbled upon the Northshore FCH. In March volunteers began building a house for Delores—whom volunteers and friends affectionately call Mama Black. 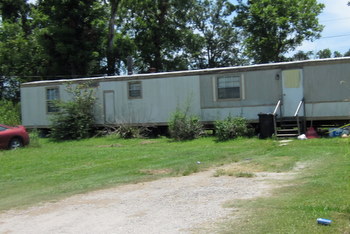 And the work didn’t stop until the home was dedicated Aug. 6–riders from the Fuller Center Bike Adventure, fresh from a 2,500-mile cross-country trip were the final volunteer group. Northshore FCH Vice President Tamara Danel said they’ve had a remarkable average of 13 volunteers per day help out.

Five years of waiting ended with an all-out dedication celebration. The president of Plaquemines Parish, where the home is located, Billy Nungesser spoke as well as Linda Fuller, co-founder of The Fuller Center and David Snell, president of the Fuller Center.

“I’m home. I’m home at last!” Mama Black proclaimed after she walked into her finished home for the first time.

Many other members of the Fuller Center family attended, many local, many who traveled a distance to celebrate with the Black family.

“It’s really bittersweet. It’s been an amazing project,” Danel said. “To see it come to a conclusion is really sad; but at the same time, I’m really happy because Mama Black finally gets to move into her new home.”

The Northshore FCH has a project lined up next in Hammond for a family who’s home was destroyed by Hurricane Gustav. (Learn how to get involved here.)

"I’m very, very excited. I’m really pleased with everything that’s been done," Black said. "It was just a blessing and a pleasure."

To help other families and individuals like Mama Black, click here to make a tax-deductible donation to The Fuller Center for Housing. 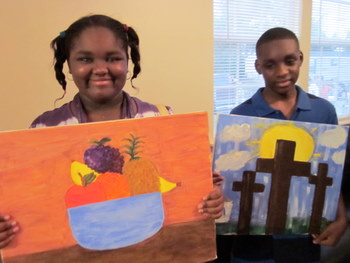 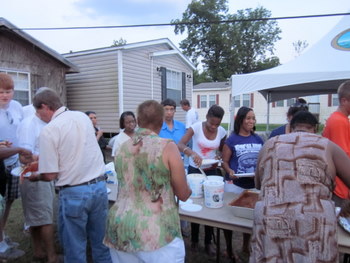