It has been five years since Mae Pearl Denmark has been able to live in her Habitat Street home in Americus, Ga. The Habitat for Humanity house upon which both Millard Fuller and President Carter worked in the 1980s had suffered major damage during a storm — followed by decay and vandalism as Denmark struggled to find money to make repairs.

On Wednesday, her home became the first build day stop for the Fuller Center Bicycle Adventure. The 3,700-mile ride from Savannah, Ga., to Vancouver, B.C., is primarily geared to raise funds and awareness for The Fuller Center for Housing, but the cyclists also spend a few days along the route repairing and building homes.

Citing the roof problems on Denmark’s home, the utility company refused to restore electrical power, delaying other repairs. But thanks to the cyclists — and Thad Harris and Dave Landis of the Americus-Sumter Fuller Center for Housing, as well as a generous neighbor with an electrical outlet — the roof is now fixed and Denmark soon will be able to return to her home. 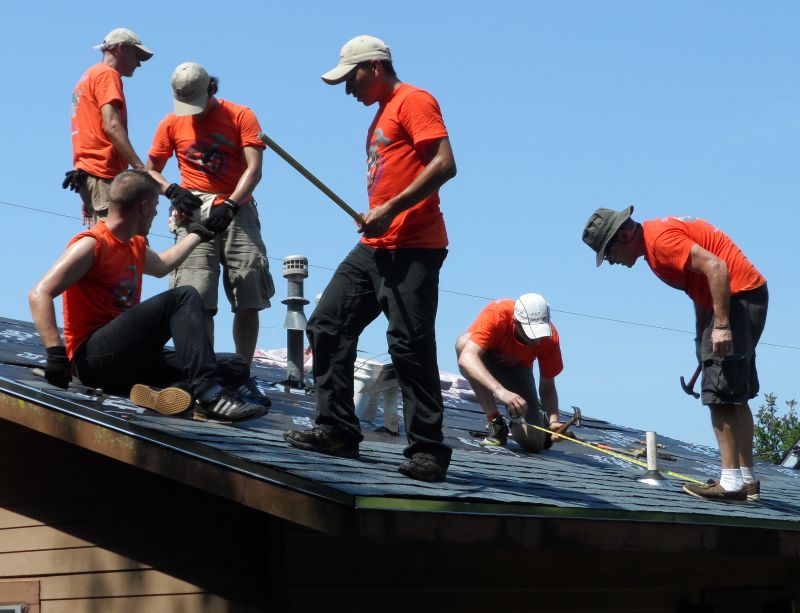 In the meantime, the cyclists were able to visit Fuller Center headquarters, tour the Global Village and get history lessons from Fuller Center President David Snell. Fuller Center co-founder Linda Fuller Degelmann prepared Wednesday’s lunch for the riders, told them about her history in the affordable housing movement and held a question-and-answer session about her days with Habitat for Humanity and The Fuller Center for Housing. She told the riders that Millard Fuller’s last years of life leading The Fuller Center (2005-2009) were “some of the happiest days.”

Kristina Oliver of Claxton, Ga., who rode on the 2009 Bicycle Adventure from Michigan to Florida, said such build days are what truly bond the cyclists to the Adventure and The Fuller Center’s work.

“I think most people join thinking that they’re just going to have an awesome summer adventure, but they don’t really understand what they’re getting into,” said Oliver, a nurse who brought her 15-year-old brother, Caleb Farrow, along for the ride. “A lot of people don’t realize how many lives you touch by just the few houses that you stop to work on. And the support along the way that you develop makes people want to come back over and over again.

“As you work on homes, as you’re working beside homeowners, you really get to know people in a different light,” she added. “I think that’s what brings people back to The Fuller Center to do the Bike Adventure every year. It’s not just the biking; it’s the other aspects that are more important.” 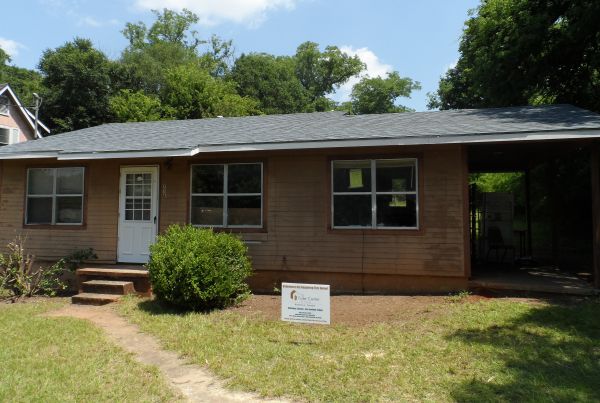 “It really makes you open your eyes to how fortunate we are and some of the things that others don’t have that we do have and take for granted,” her brother said. “We wake up every day and have electricity and a roof over our head.”

Tom Weber, a 71-year-old from Colorado who is riding for the third straight summer, said it is good to see the “kids” around him grasp the value of serving others at a young age.

“Some of the kids that I ride with, they already have the purpose in mind,” Weber said. “They’ve read and understood The Fuller Center and want to come out on a bike ride and help people. I personally started this adventure to get on a bike ride. I couldn’t have cared less about The Fuller Center. But once you stop at a place and help somebody like this, it changes the whole thing. It’s like God has directed you to this Adventure, and this is where you should be. I just love it.”

“I started out before this Adventure pretty much a cynical old man,” he said of becoming a rider in 2011. “I couldn’t watch the evening news; it was just too depressing. I was disappointed in this country with all this hate you see on TV all the time. But once you get with these kids with the faith that these kids bring to the table with them is just astounding. And then you stop at churches, and the love that pours out of the churches just opens your heart. It’s just a beautiful experience.” 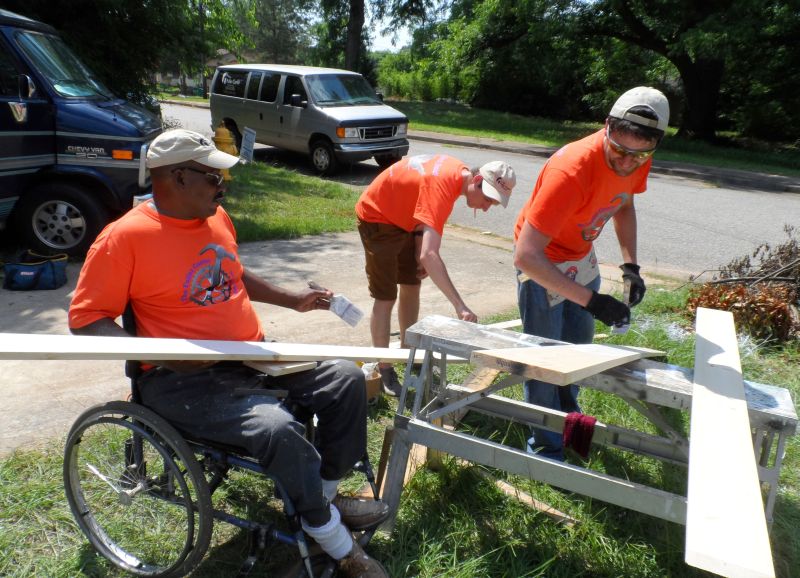 Idahoan Kurt Schneider came to the Adventure for the cycling but has fallen in love with the build days, too.

“It’s like ice cream and pizza — they’re both excellent,” he said of choosing his favorite between ride days and build days. “They’re really two different things. The ride day is something I would have done anyway. A 50-mile ride or 100-mile ride is something that I would have done during the course of my normal week. On build days, you can help people out, and you get to see the reaction and build alongside somebody who’s getting the benefit of that home.”

Last year, Schneider signed up for the West Coast portion of the summer Bicycle Adventure, when cyclists rode from Seattle to San Diego.

“The first ride I went on last year, the West Coast ride, we actually repainted a woman’s home, about a dozen of us, over the course of an afternoon,” he said. “And that had such an impact on me, her reaction to seeing her house painted. It’s pretty easy to see when somebody’s grateful for the work you’ve done, even though it’s simply painting a house.”

Carol Hawkins of Seattle said there is one huge difference between the ride days and build days.

“Your behind doesn’t hurt as bad!” she said with a laugh. “The build day, I did not expect it to be this significant. The family is here, and you can see that they are very appreciative and feel like you are helping them out.”

Hawkins joined the ride to expand her perspective on life, a common theme among Bicycle Adventure newcomers.

“I think we’re a little bit crazy,” she said. “It takes a little bit of that. I just needed an adventure. I needed an excuse to quit my job and give up everything I own just to see things from a different perspective and view the world as something bigger than myself.”

Of course, one perspective she already has gained is the difference between June weather in Georgia and June weather in the Pacific Northwest. Wednesday’s work day was the hottest day of the year so far in the Americus area.

The Adventurers left Americus early Thursday morning on a 100-mile ride to Millard Fuller’s hometown of Lanett, Ala., On Friday, they will work with the Chattahoochee Fuller Center Project on a home repair for a veteran.