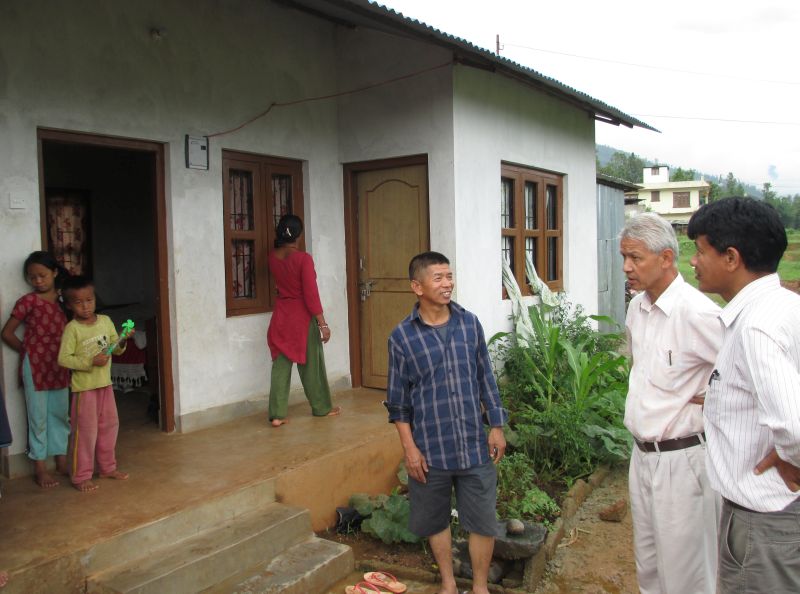 When Fuller Center for Housing Director of International Field Operations Ryan Iafigliola landed in Kathmandu, Nepal, last week, he was encouraged by what he first saw in a country that was struck by a violent earthquake less than three months ago.

The bustling capital city was busy and functioning as usual. While many historic structures were damaged, life was going on. However, the scene was different as he traveled closer to the village of Trishuli, a village where The Fuller Center works just 30 miles from the quake’s epicenter. 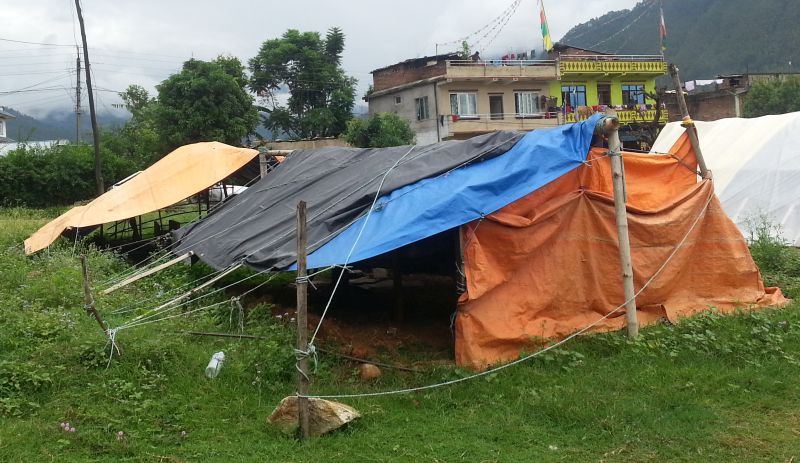 “Thankfully, Kathmandu, which is largely where news stories focused, wasn’t totally devastated,” Iafigliola said. “But when we get out to the countryside, that’s where we really see the devastation. There are whole areas where not much is left standing because the people are poor and built with substandard building methods. They either couldn’t afford to build better or didn’t know how. There’s a lot of need out there.” 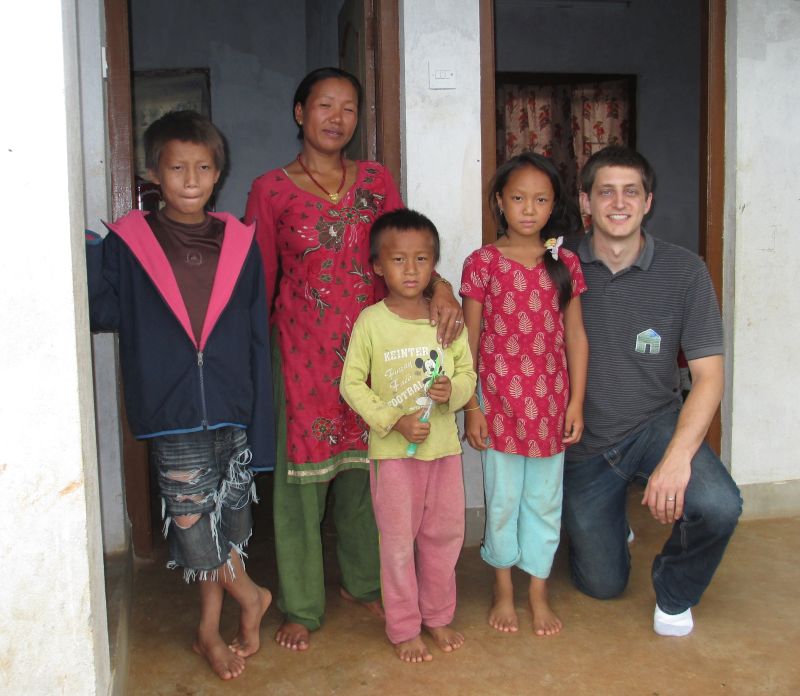 “The homes look great,” he said. “You don’t even see a crack in them in there anywhere. Needless to say, people are very interested in our houses now. They want us to build with them and learn more about how we build. The families who live in our houses are very happy — maybe even more so now that they’ve gotten to witness the quality of what they’ve received.”

There are now tents springing up around Trishuli as victims of the earthquake and recent landslides in the region have converged on the village seeking to rebuild their lives. In addition, some of the locals who did not own Fuller Center homes also are living in tents.

“Some of them were families whose homes didn’t totally collapse but were so damaged that they couldn’t safely live in it or were afraid to live in it,” Iafigliola said. “They might keep their things there and sleep outside in a tent. And there were others who’ve relocated to the area because of landslides that have wiped out a number of other villages in that region and other parts of the country.

“But you also see people beginning to take action and do what they can with their own hands and materials,” he added. “They would take leftover materials from totally collapsed houses, pulling out wood that might be salvageable and pull out the stones and stack them up with hopes and plans of using them again when they rebuild.” 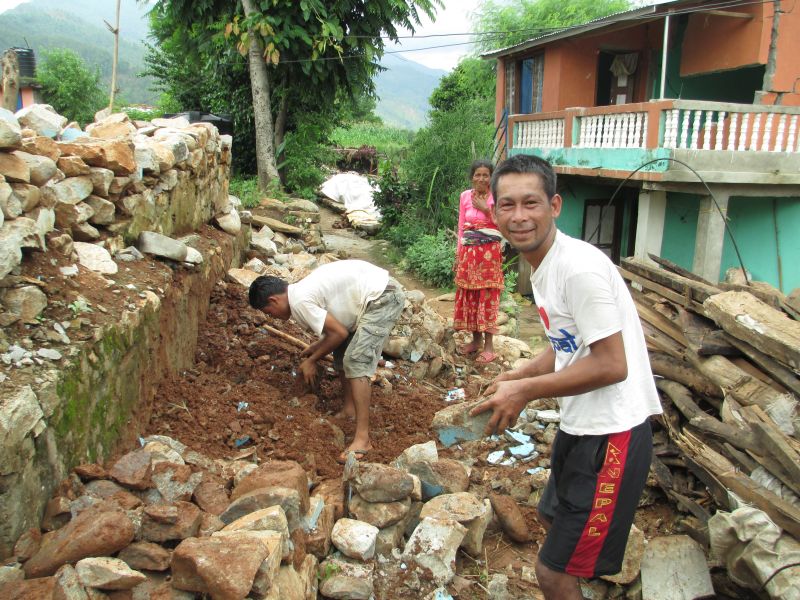 In addition to the families living in tents, there are many families living in temporary structures provided by various aid organizations. After the 2010 earthquake struck Haiti, there were many similar structures delivered to that country, but many wound up becoming something other than temporary and are now rotting. Iafigliola is optimistic that the simplistic temporary structures in Nepal will indeed be used only as a stop-gap measure on the road to building permanent, safe housing throughout the country.

“Our church partners over there provided some very modest temporary housing to help keep them out of the monsoons, but it’s nowhere near permanent housing,” he said.

The Nepalese government has identified 150 families as potential Fuller Center homeowner partner families in Trishuli, but The Fuller Center has set a little higher goal, one that would transform the village and turn it into an example for other areas of the country. 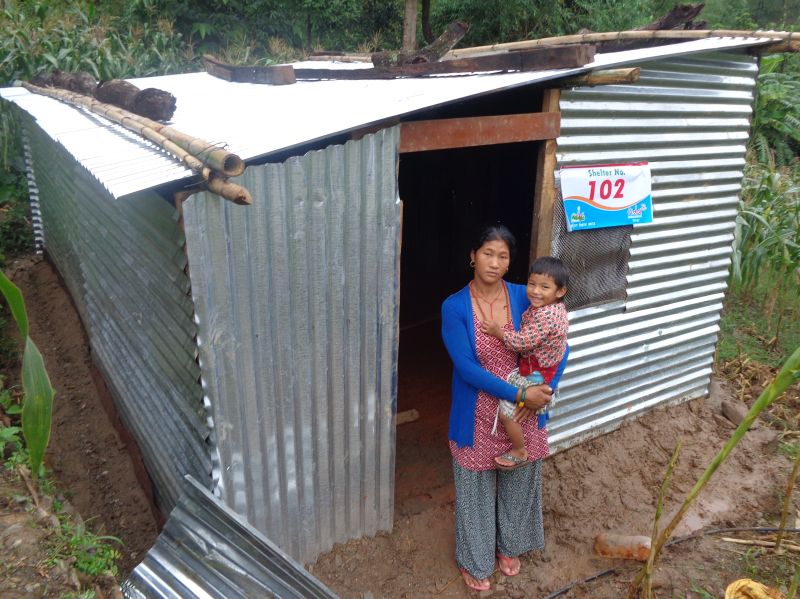 “What we’d like to do is rebuild with those 150 families — and we believe that’s there’s actually more families than that so we’ve set a goal of helping 200 families in the Trishuli area over the next two to three years,” he said.

To do that, though, will take both volunteers and financial support. Perhaps it is because many people are suffering from disaster fatigue or because Nepal is so distant from the United States, but the disaster response for Nepal has been much less than that seen for Haiti five years ago.

“Sadly, there’s been a lot smaller response globally for Nepal,” Iafigliola said. “I heard that from every organization that I spoke with over there. They’d put out a certain request for funding and fell far short of what they felt they needed to respond adequately to the disaster. So we definitely want to encourage everyone to keep giving and support what we’re doing.

“We definitely need more donations to reach our goal of building 200 houses, and we also are still looking for more volunteers,” he continued. “We can accept more Global Trips, and the local group is excited to host more teams. Despite the tragedy, the local Fuller Center covenant partner there is optimistic and excited about what they can do there in their own community. Their experience has helped prepare them to be able to make a difference.”

Click here to donate toward The Fuller Center’s work in Nepal.

See recent photos from our work in Nepal here.